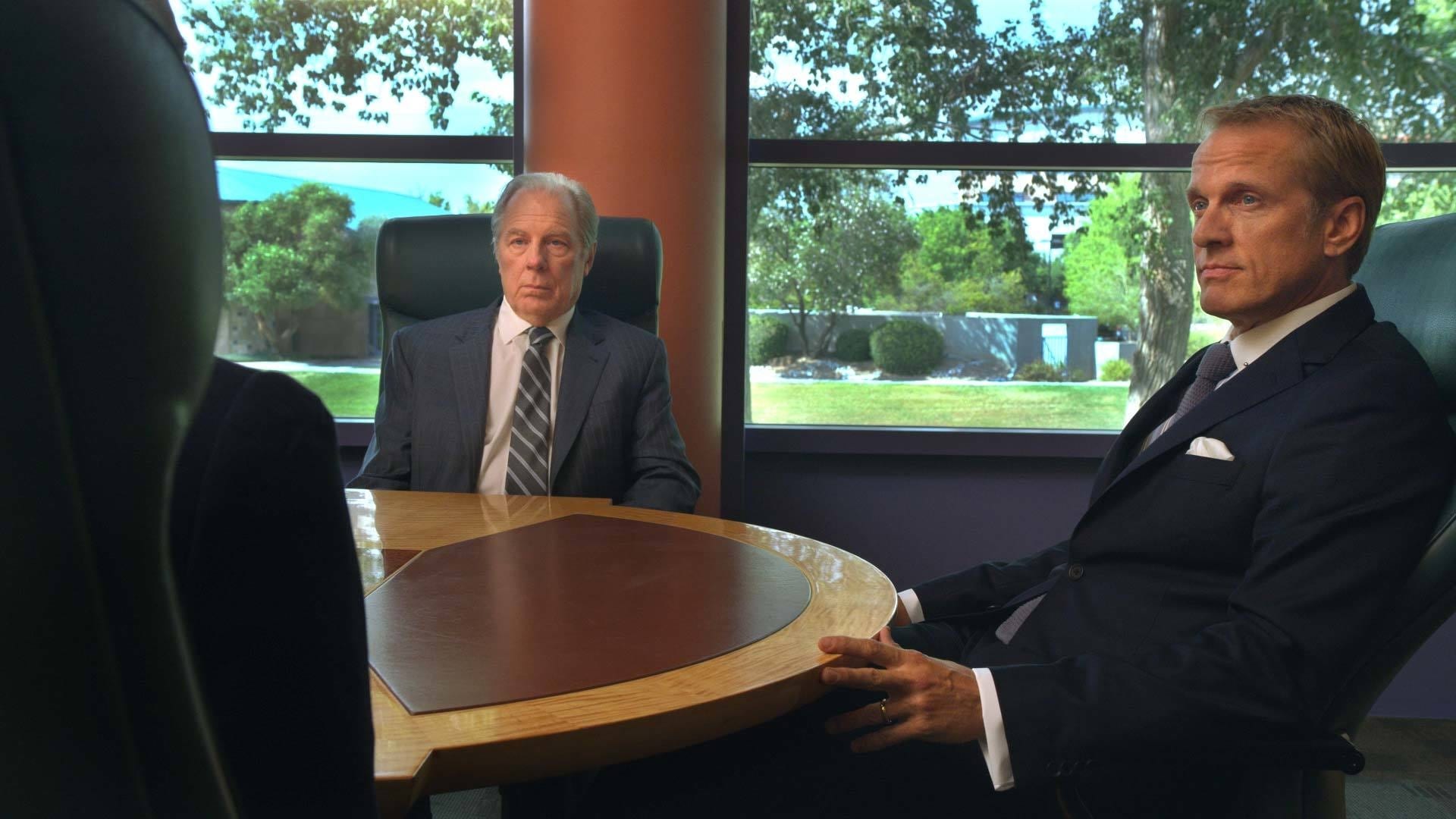 Jimmy meets with the Davis & Main partners, who are angry at him for running a TV commercial without their consent, but Cliff decides to give Jimmy a second chance. Kim meets with Howard and Chuck, and Howard reprimands her for her failure to inform them about Jimmy’s commercial, then demotes her to entry level work in the firm’s document review office.

Mike and Nacho go over plans to assassinate Tuco, due to Nacho’s concern about Tuco’s erratic behavior and the possibility of Tuco finding out about his secret deals. Mike decides against killing Tuco, arguing that Tuco’s death would draw undue attention from the Salamancas and the cartel.

Instead, Mike stages a fender bender by hitting Tuco’s car with his, then goads Tuco into attacking him. The police Mike called before the accident arrive during the altercation and arrest Tuco for assault with a deadly weapon, since he was carrying a gun while he was hitting Mike.