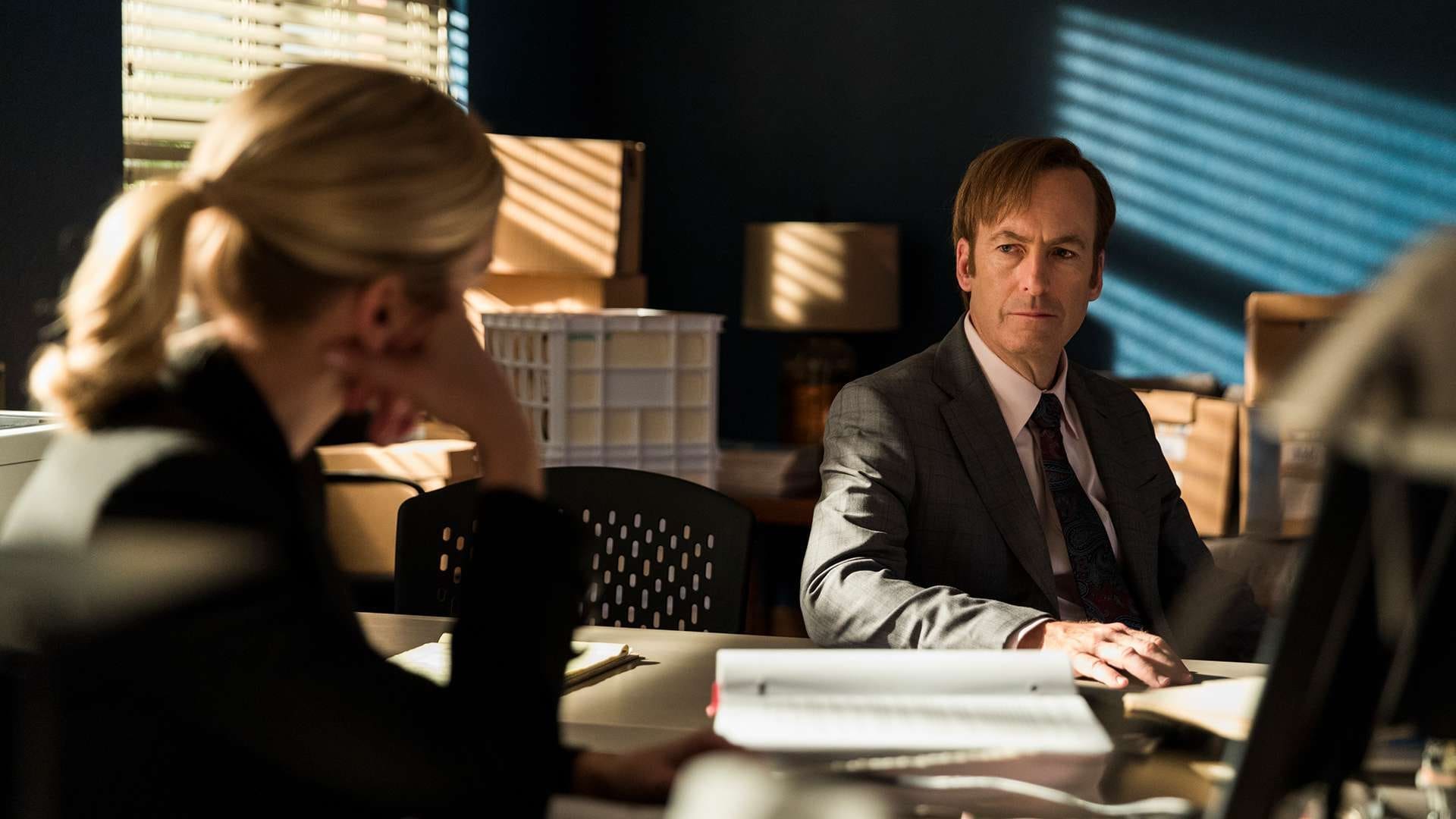 In a flash-forward, “Gene” points out to mall security guards a shoplifter hiding in a photo booth, but yells at him to stay silent and obtain counsel. In 2003, Jimmy helps Chuck remove foil from his walls and reminisces over a children’s book they read together, but Chuck promises consequences for the fraud that humiliated him. Chuck plays Jimmy’s confession to Howard, who says it has no legal value, but Chuck insists it has a use. Chuck later asks Ernesto to change the player’s batteries and Ernesto hears the confession, but Chuck swears him to secrecy.

Determined to discover how someone prevented him from killing Hector, Mike dismantles his station wagon and finds a tracking device in the gas cap. He then finds the same type of device in his sedan. Mike obtains a similar tracker and a receiver for monitoring it, replaces the tracker from his car with the new one, drains the battery of the one he took from his car, and stays up overnight.

He sees someone replace his gas cap, thinking he has picked up the tracker with the dead battery. The man is actually carrying the tracker Mike installed, which enables Mike to follow him.