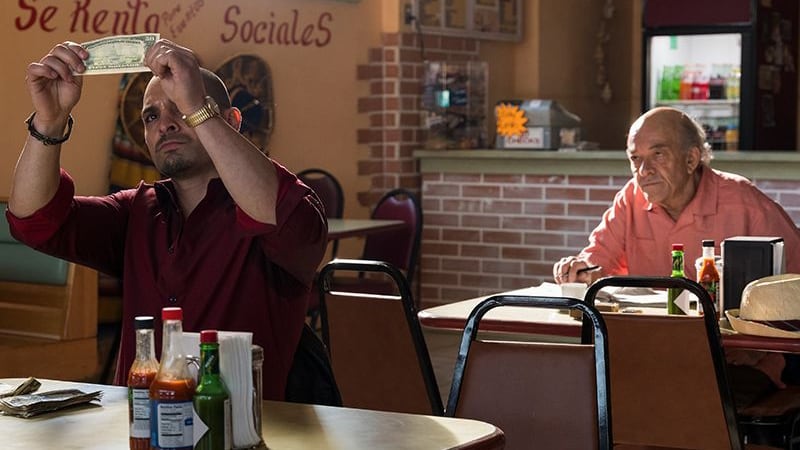 In a flashback, Jimmy and Marco recover Jimmy’s coin collection from the abandoned McGill store in Cicero and find one to use later in a con. Marco fondly reminisces about Jimmy’s parents, but Jimmy criticizes his father as a “soft touch”. In 2003, Chuck follows Dr. Cruz’s advice for overcoming his EHS and becomes able to walk outdoors and shop on his own.

Two of Jimmy’s advertising clients refuse to pay, so he stages an accident which nets him enough to pay his half of the rent. While at lunch with Kevin and Paige, Kim encounters Howard and tries to repay her law school loan, but Howard refuses. Jimmy coerces his community service supervisor into giving him credit for hours worked while he rests his injured back and earns $700 from another crew member, a drug dealer, by persuading the supervisor to allow him to leave early.

Nacho switches Hector’s capsules with ibuprofen lookalikes. Mike locates the body of the Good Samaritan that Hector killed and reports it to the police. Gus agrees to help Mike launder the remaining $200,000 of the $250,000 he stole from Hector. 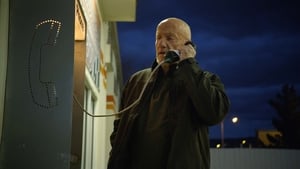