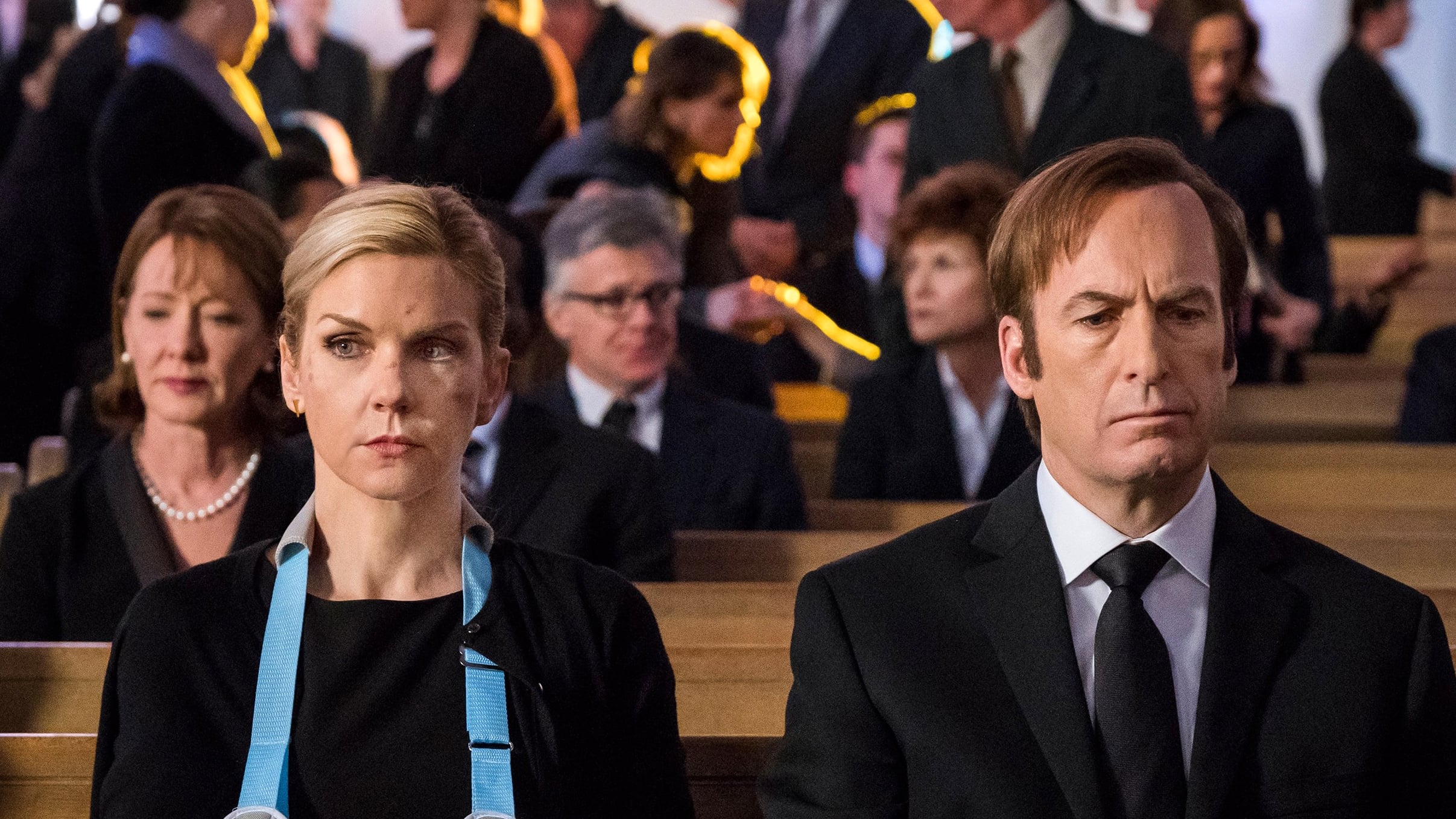 In a flash forward, following his collapse while working at the Omaha Cinnabon, a nervous “Gene” has a worrying encounter with a hospital clerk who needs his personal information for billing purposes. During his taxi ride to the mall to retrieve his car, Gene becomes suspicious of the driver, whose cab displays an Albuquerque Isotopes air freshener.

He exits before reaching the mall and walks around the corner out of the driver’s sight. In 2003, Jimmy and Kim learn of Chuck’s death, and believing himself responsible, Jimmy falls into depression. Howard arranges Chuck’s funeral, and later admits that he believes his decision to dismiss Chuck from HHM caused Chuck’s suicide. Howard explains that Chuck’s malpractice insurance rates had become exorbitant – not realizing Jimmy was to blame for reporting Chuck’s instability to the insurers.

Jimmy allows Howard to take the blame and quickly regains his happy-go-lucky demeanor. Mike performs actual security and safety consulting for Madrigal Electromotive and details a list of violations he uncovered on his first site visit. Following Hector’s stroke, the cartel bosses direct Nacho and Arturo to take over Hector’s drug operation. Gus remains suspicious of Nacho and has Victor follow him.