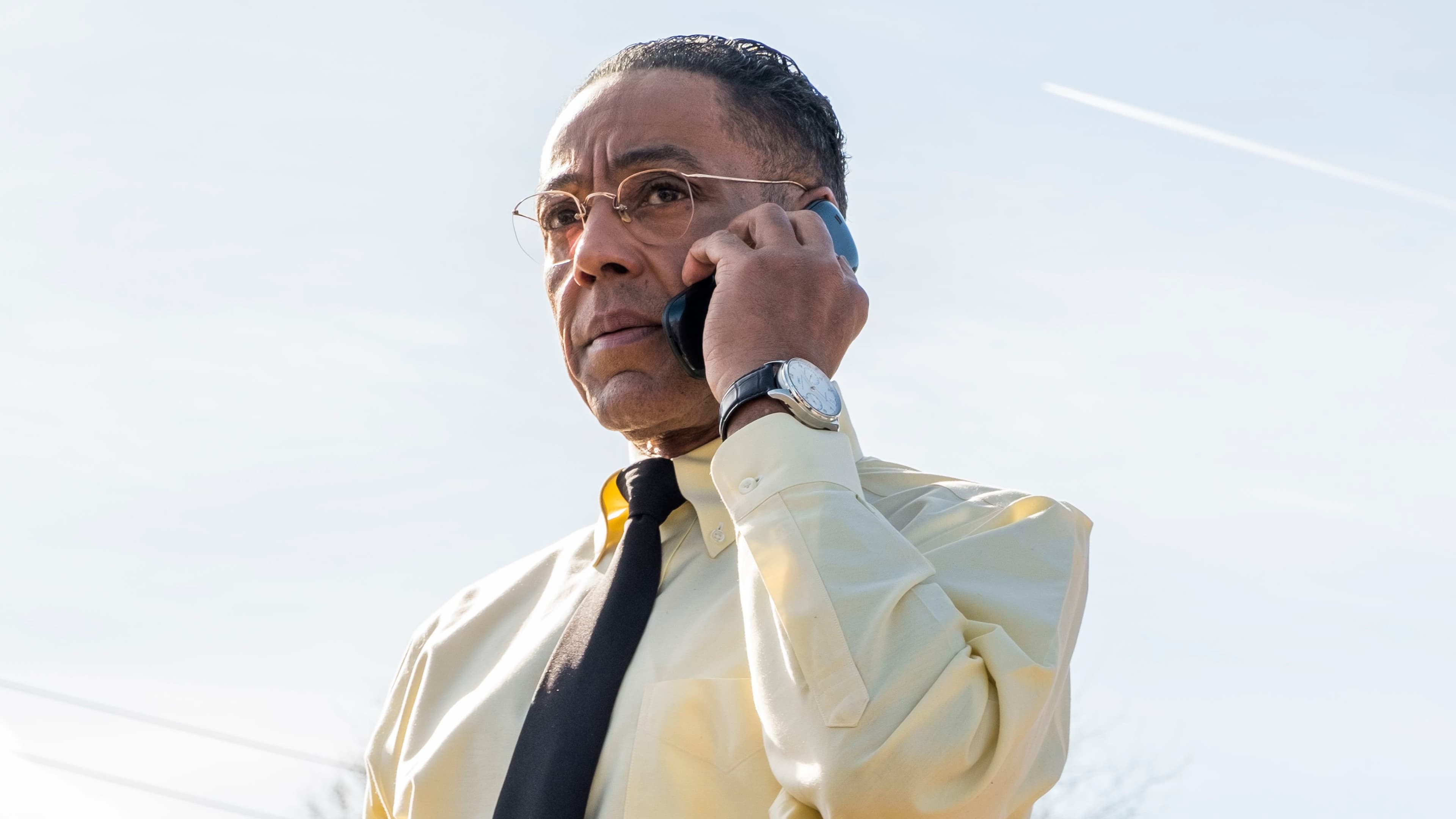 With his law license suspended, Jimmy interviews for a job as a salesman at Neff Copiers and spots an opportunity to steal a valuable Hummel figurine. Rebecca and Kim meet with Howard to review the disposition of Chuck’s estate. Kim is unaware of Jimmy’s role in the events which led to Chuck’s death and has an explosive confrontation with Howard in which she lambastes him for treating Jimmy poorly ever since. Lydia tells Mike that his security consulting is a paper transaction to facilitate the laundering of the money he stole from the Salamancas.

Mike insists on continuing actual inspections, arguing they provide a plausible explanation in case anyone looks into the payments. Gus discreetly pays a skilled doctor to help Hector recover from his stroke and learns Nacho was responsible for it. When Arturo and Nacho come to his facility to acquire more drugs, Arturo strong arms his way into taking more than he is supposed to.

He brags about his success as they leave, but Gus ambushes and kills him. Gus then informs Nacho he knows Nacho attempted to murder Hector, but the Salamancas do not, and because of this knowledge, Nacho is now under Gus’s control.