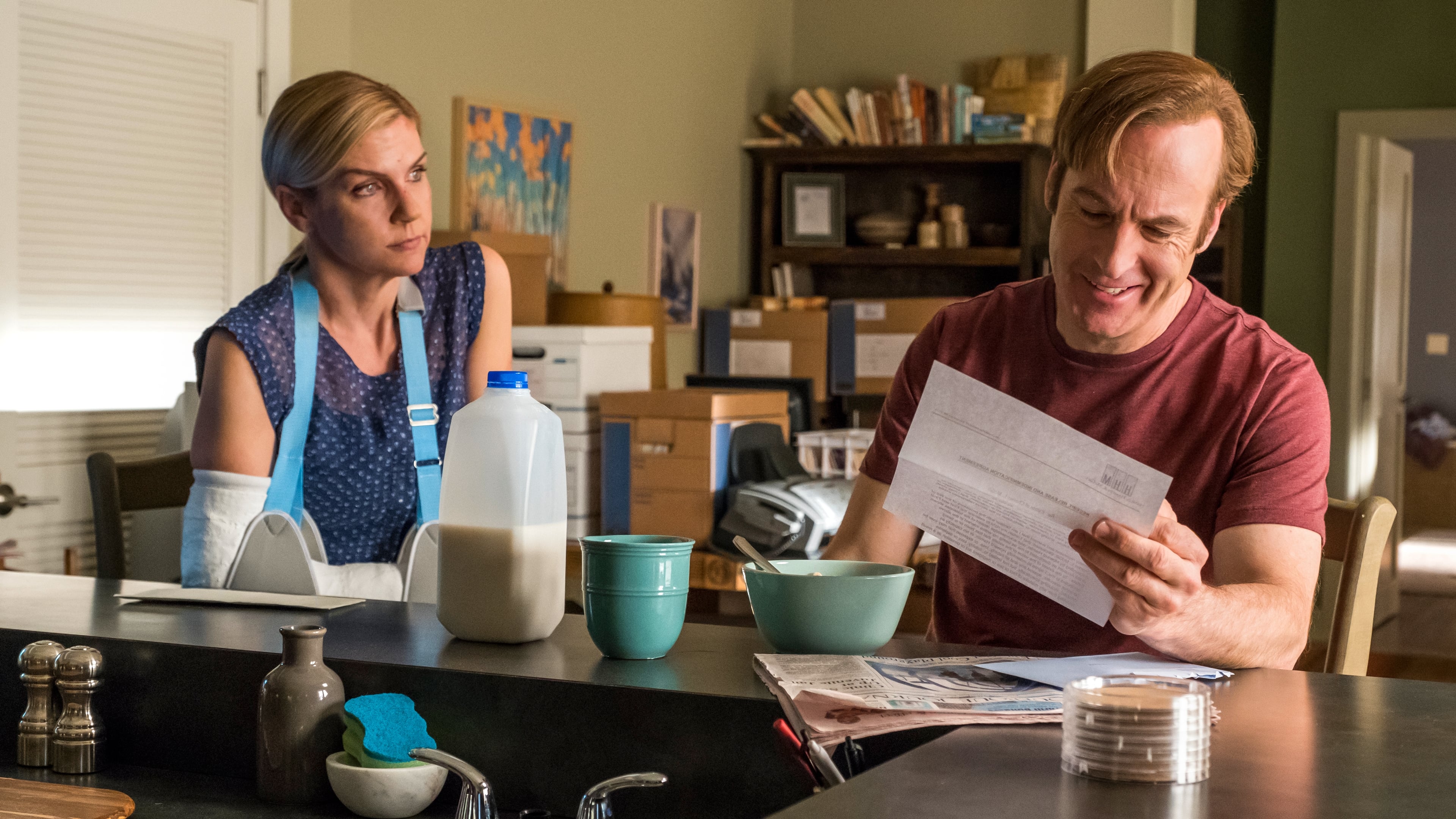 Mike is unwilling to steal the Hummel, so Jimmy hires Ira to do it. Kim returns to working with Mesa Verde, but is concerned about their planned rapid expansion. Victor and Tyrus arrange Arturo’s death to look like a gang attack, deflecting attention from Nacho and hiding his involvement with Gus. The staged attack includes bullet wounds for Nacho, who calls Leonel and Marco (the Cousins) for aid.

They succeed in getting Nacho to Dr. Caldera alive; he covertly saves Nacho, but recommends Nacho seek proper care to ensure there are no complications. The cousins alert the cartel that the attack looks like the one carried out previously on one of their trucks (the one Mike attacked while hiding his identity). Concerned that their Mexican routes are vulnerable, Juan Bolsa directs Gus to seek local manufacturers.

Gus visits the university to check on the quality of meth samples he gave to Gale Boetticher for testing. Kim tells Jimmy about the disposition of Chuck’s will. She gives him a letter purportedly from Chuck, which is undated but full of praise for Jimmy. Jimmy calls it “nice,” but Kim is visibly upset by it.