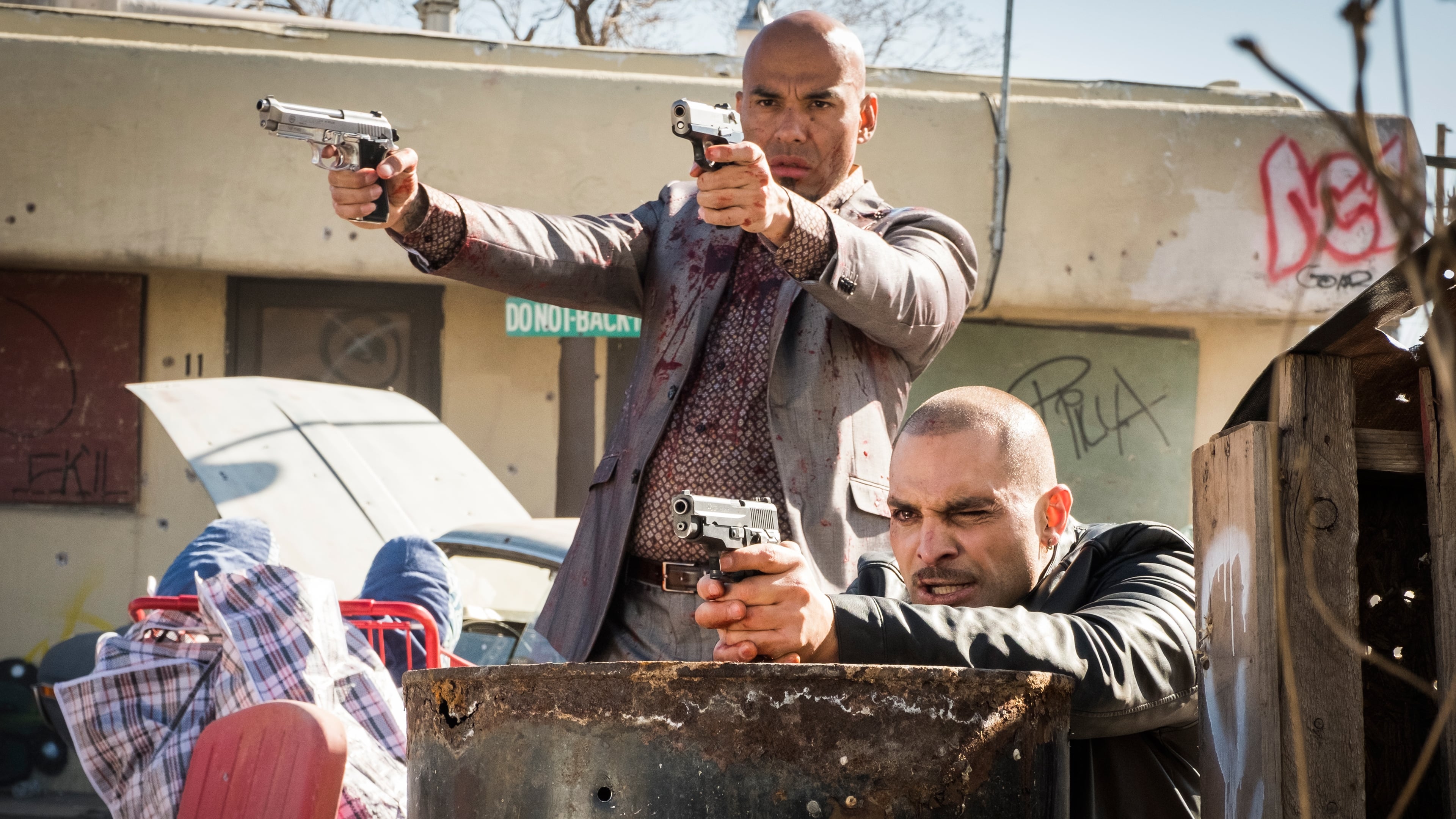 Jimmy is quickly bored with managing a cellular phone store and tries to boost business. He later meets with Ira, who sold the stolen Hummel for more than expected, and offers to carry out future thefts. Bored herself with Mesa Verde work, Kim observes Judge Munsinger’s courtroom, hoping to rekindle her interest in the law by taking on pro bono defense counsel work.

Victor sells the drugs from the fake attack on Nacho to the Espinosas. Nacho tells the Salamancas the Espinosas carried out the attack. The Cousins kill the Espinosas, retrieve the “stolen” drugs and return to Mexico. Nacho realizes that by eliminating the Espinosas, Gus secured himself more territory, but does not see the full scope of Gus’s plan. Mike confronts Henry in their support group for falsely claiming to have a wife who died. Later he inspects another Madrigal site and provides a list of items to fix.

He meets with Gus, who feigns anger that Mike did not tell him about Nacho’s intent to kill Hector, but Mike says he promised only not to kill Hector himself. He realizes Gus’s ulterior motive and tells him to provide information about “the job” he wants done.