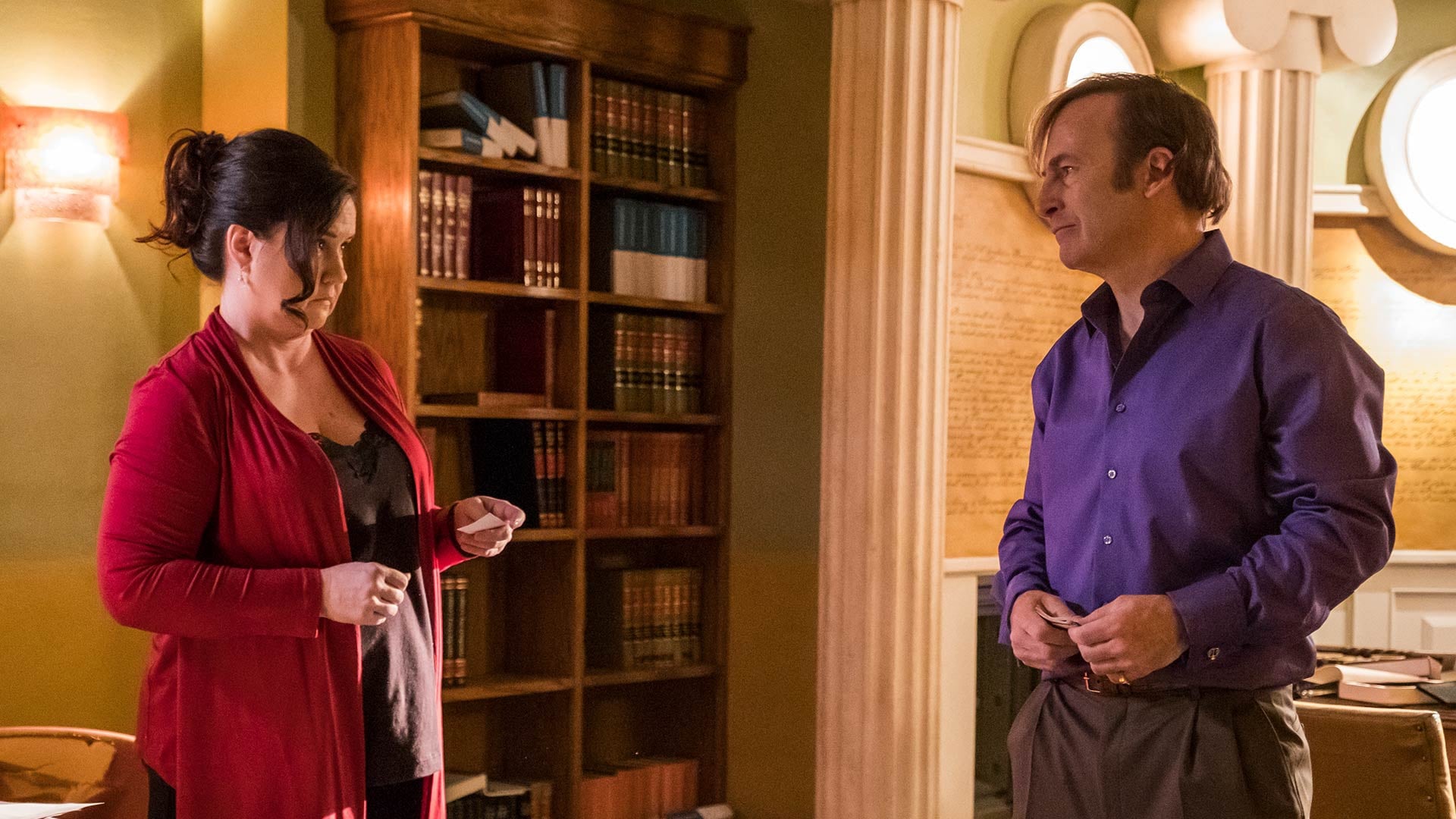 
Plot : Quite a Ride

In a flash forward (taking place during Breaking Bad‘s “Ozymandias”), Francesca quickly shreds documents and Saul frantically collects cash, mementos and paperwork from his office before contacting his “disappearer” for a new identity. In 2003, Jimmy convinces a customer to buy several prepaid cellular phones as a way to maintain his privacy and then gets the idea to profit by reselling prepaid phones on the street.

He sells them all, but the venture proves unsuccessful because he is mugged by three teenagers. As Kim treats his wounds, he blames himself for not recognizing the threat and promises to see a psychologist but instead goes to work the next day as usual. Kim is assigned as pro bono counsel for several defendants. When a problem arises with recent Mesa Verde paperwork,

Kim sees her current case through to completion before responding, for which Paige later reprimands her. Mike discreetly escorts foreign structural engineers through the industrial laundry so they can evaluate the space below as a site for Gus’s planned meth “superlab.” Gus is impressed by one, Werner Ziegler, and offers him the job of planning and overseeing construction of the facility.