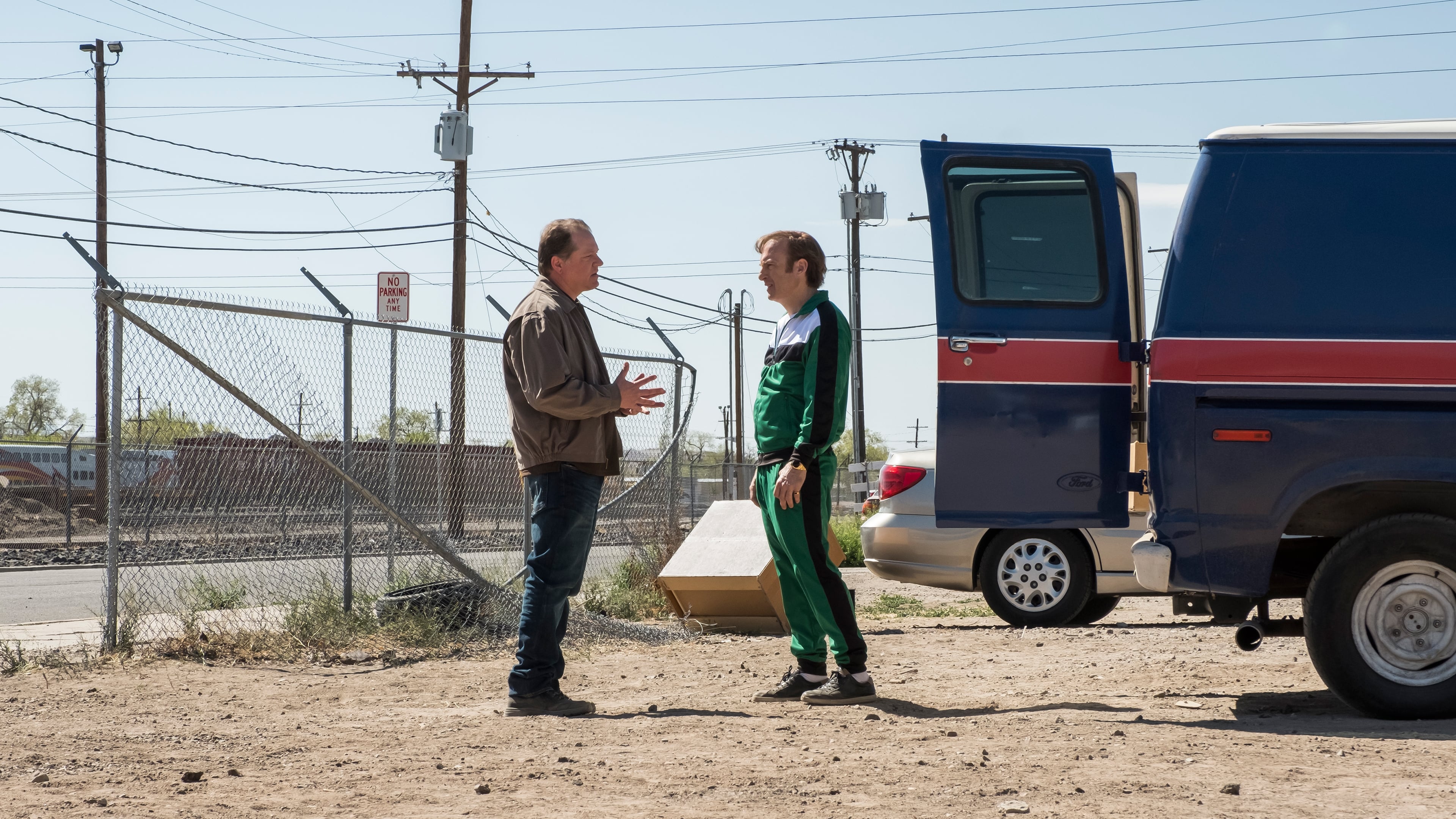 In a time jump sequence of several months that advances the series to early 2004, Jimmy and Kim are shown to be drifting further apart. Kim’s arm has healed, and to Jimmy’s chagrin she thrives at Schweikart & Cokely, with Mesa Verde’s expansion continuing on schedule and Kim finding time to work on the pro bono criminal defense cases that give her satisfaction. Jimmy plans his return to practicing law, including searching for an office.

His business re-selling prepaid phones on the street continues to grow, and he increasingly uses his “Saul Goodman” alias. Huell is arrested for assaulting a police officer who tries to get Jimmy to end his phone business and Jimmy involves Kim in defending him. He tries to get her to smear the police officer so the charges will be dropped, but she refuses, telling Jimmy she has a better way.

Hector begins recovering from his stroke, so Gus dismisses Dr. Bruckner, in effect trapping Hector’s recovered mind in his unhealed body. Mike observes Werner’s crew during construction of the underground meth lab; work proceeds more slowly than expected, frustrating the crew, and Mike has to step in to break up a fight.