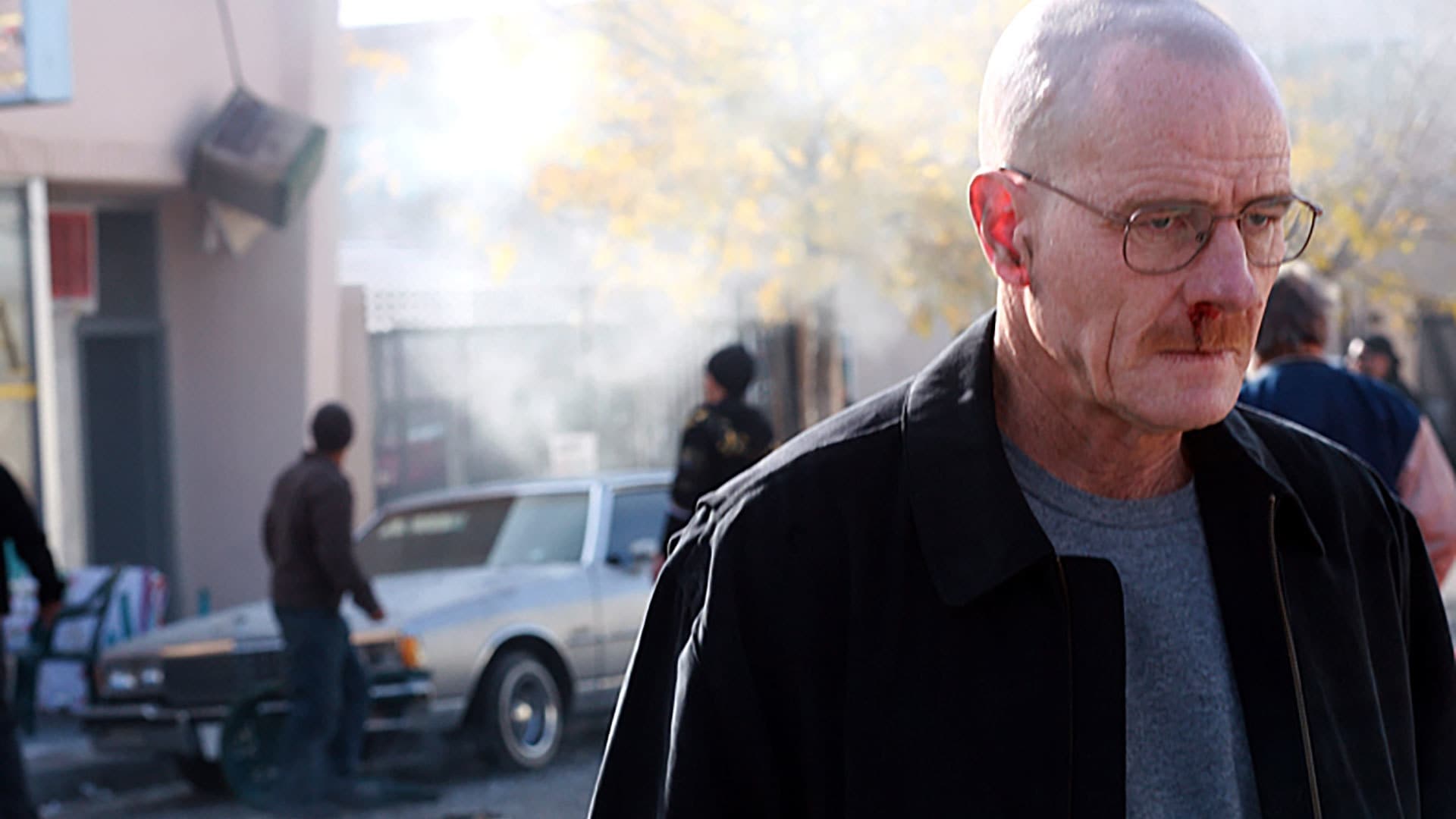 The side effects of chemo begin to plague Walt. Meanwhile, the DEA rounds up suspected dealers.

Walt receives treatment at the cancer clinic, convincing Skyler to leave him. Before departing, Skyler expresses concern that the check promised to them by Elliott has not been received. Walt falsely claims that he has deposited Elliott’s check, but later asks the clinic’s clerk not to deposit his own check until Monday.

The next day, Walt uses the example of fulminated mercury to teach his students how rapid chemical reactions can cause otherwise harmless substances to explode. Before he can finish his lesson, Walt abruptly leaves to vomit in the men’s room, after which a school custodian named Hugo assists him. At a cancer support group, Skyler tells Walt she feels he doesn’t want her around, and that she and Junior wonder where he disappears some afternoons. Walt says he needs to be alone sometimes, and that he goes on nature walks.

While cooking in the RV, Walt struggles to breathe and stumbles outside. Jesse assists Walt and quickly deduces that he has cancer, having had an aunt who also struggled with the disease. Jesse further realizes that the reason Walt has begun cooking meth is to financially provide for his family after he dies. When Walt can’t continue cooking he tosses the respirator to Jesse, who heads into the RV to wrap up the cook.

Meanwhile, Gomez meets Hank in the parking lot of the Express Inn and hands him the gas mask that was discovered at Walt’s original cook site. The crime lab report indicates the gas mask comes from Walt’s high school.