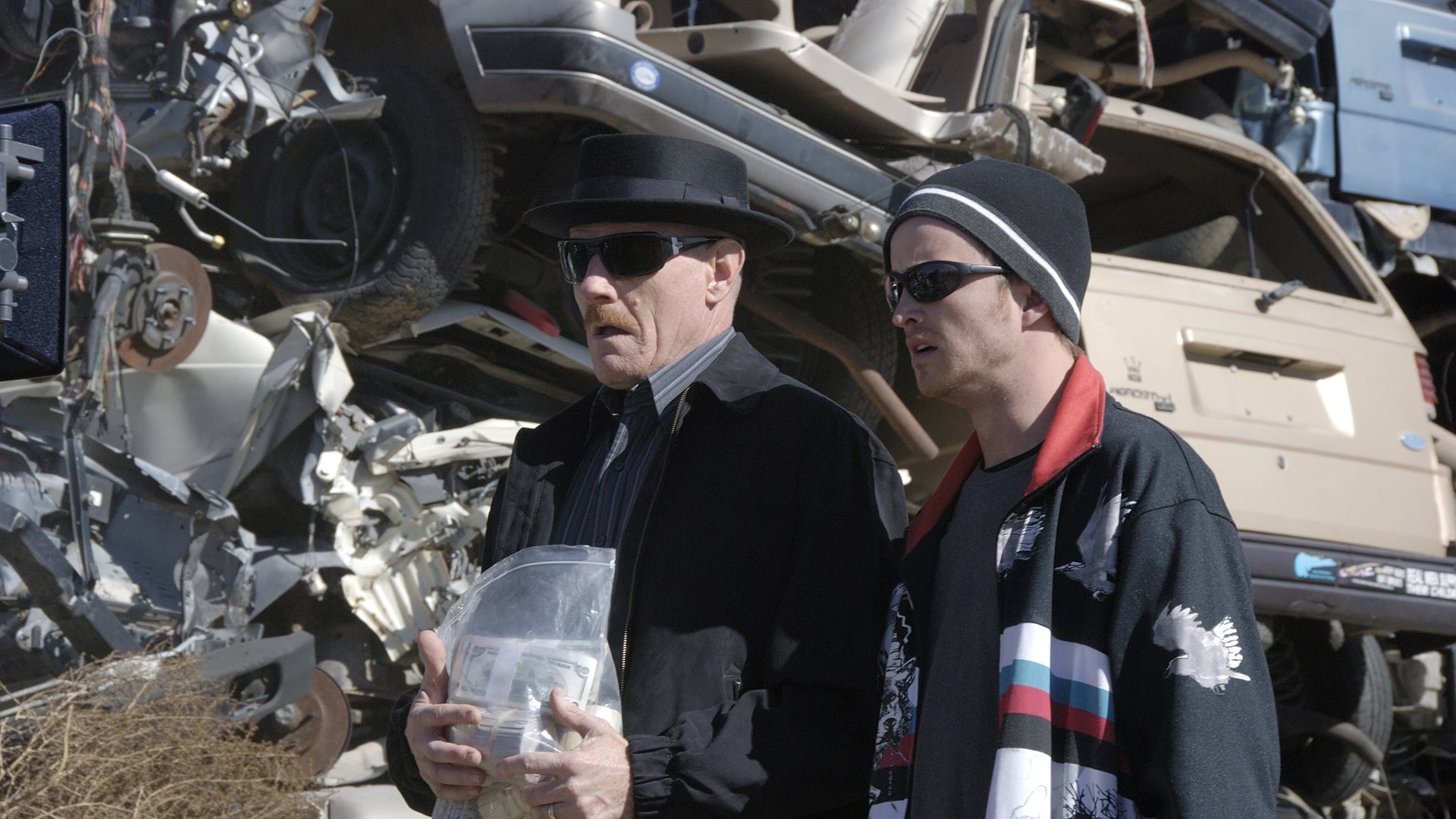 Walter accepts his new identity as a drug dealer after a PTA meeting. Elsewhere, Jesse decides to put his aunt’s house on the market and Skyler is the recipient of a baby shower.

While a realtor shows Jesse’s house to a couple, Walt arrives and looks for Jesse. Walt finds him in the RV, his ribs still bandaged from his run-in with Tuco. Walt hands Jesse his cut from the deal with Tuco, but Jesse is unhappy to learn that the deal requites them to make two more pounds of meth. Jesse mocks Walt’s “brilliant business plan,” saying that it’s almost impossible to procure enough pseudo to produce that much meth.

At a meeting with Dr. Delcavoli, Skyler notes that Walt’s color is better and that he has become more sexual since starting his treatment, and expresses interest in alternative therapies. Dr. Delcavoli says they’re fine as long as they don’t interfere with his treatments.

Walt arranges to meeting with Tuco at a junkyard. When Tuco arrives, he is displeased to learn from Walt that there were “production problems,” handing him far less than the two pounds he was expecting. Tuco says he thought Walt was a player, but Walt holds his ground and dares to ask for more money, proposing that Tuco consider it a capital investment. The two men work out a loan at twenty-five percent weekly interest. Walt ups the ante by asking if Tuco wants four pounds instead of two. Tuco agrees but delivers a stern warning: “Talk is talk. But owing me money, that’s bad.”