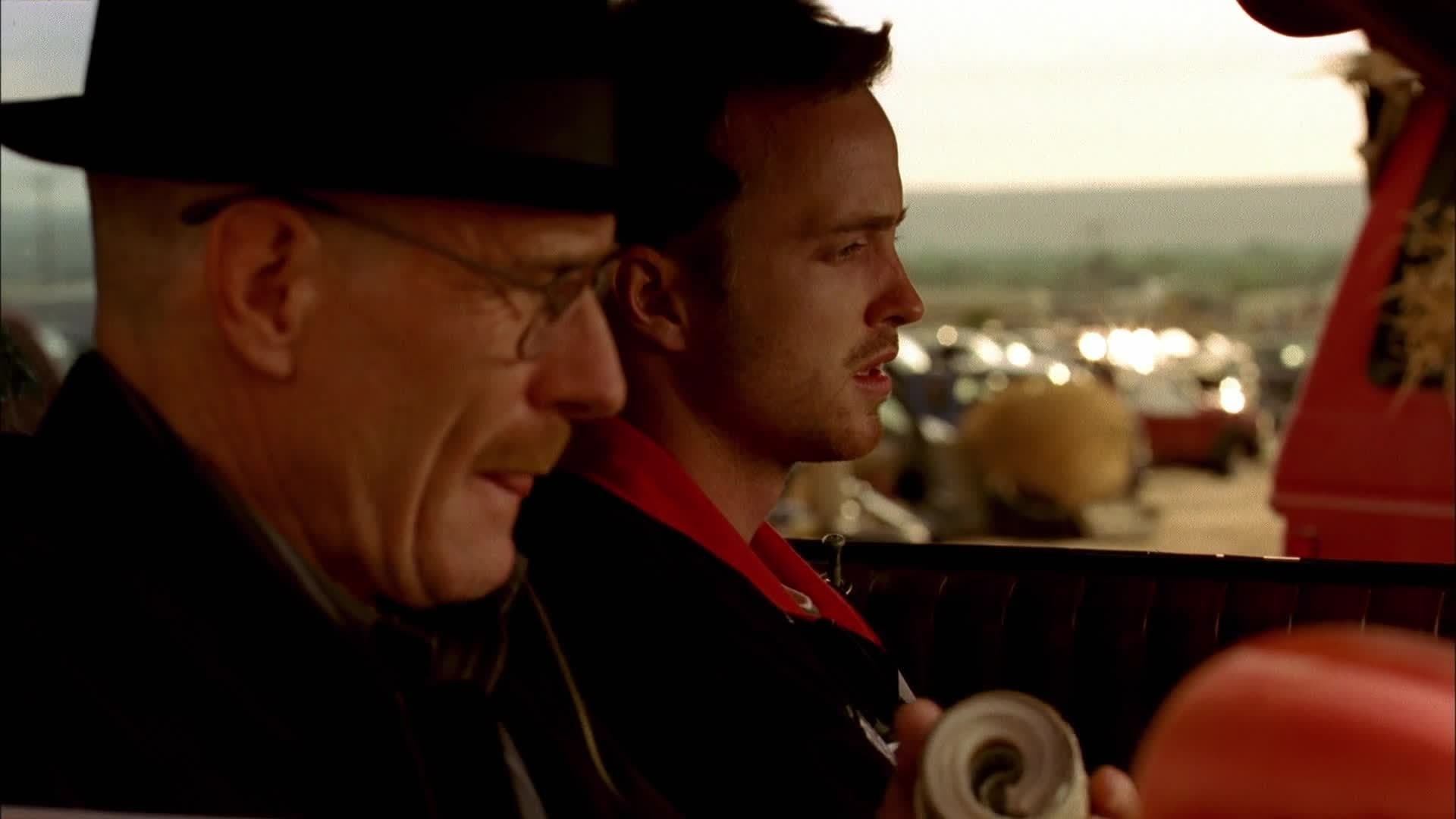 After buying meth from Walt and Jesse at the junkyard, Tuco violently attacks his henchman, No-Doze, for presuming to speak for him. Afterwards, he drives away, leaving Walt and Jesse to ponder the danger of their situation. In Jesse’s car, Walt calculates that he needs $737,000 to provide for his family’s future, factoring in medical bills, his children’s tuition, mortgage, and other variables — in other words, eleven more meth deals — before he can leave the drug business.

Moments later, Tuco roars back to the junkyard in his SUV, ordering Walt to resuscitate an unconscious No-Doze. Walt is unable to help No-Doze as he dies as a result of the brutal attack. Tuco’s other henchman, Gonzo, says they should give his buddy a proper burial, but Tuco orders him to stash the body underneath a stack of old cars. Walt and Jesse begin to leave, but Tuco questions them, to which Walt says they thought they were done. Tuco tells them coldly they are done. The two begin to leave, but Jesse is grabbed by the neck and shoved to the ground. Tuco stares intently at the two as they depart.

Walt returns home, where Skyler is applying an avocado mask. She discovers him aimlessly clicking through television channels, and asks him what he’s doing. He sobs briefly before standing behind her and forcing himself on her, even after she asks him to slow down. Only when she screams “Stop it!” does he let up. Walt rests in the backyard, overlooking the pool. Skyler follows and says that while she understands his situation, he cannot take his anger out on her. As the two talk, Junior returns home and sees the avocado imprint of Skyler’s face on the refrigerator.