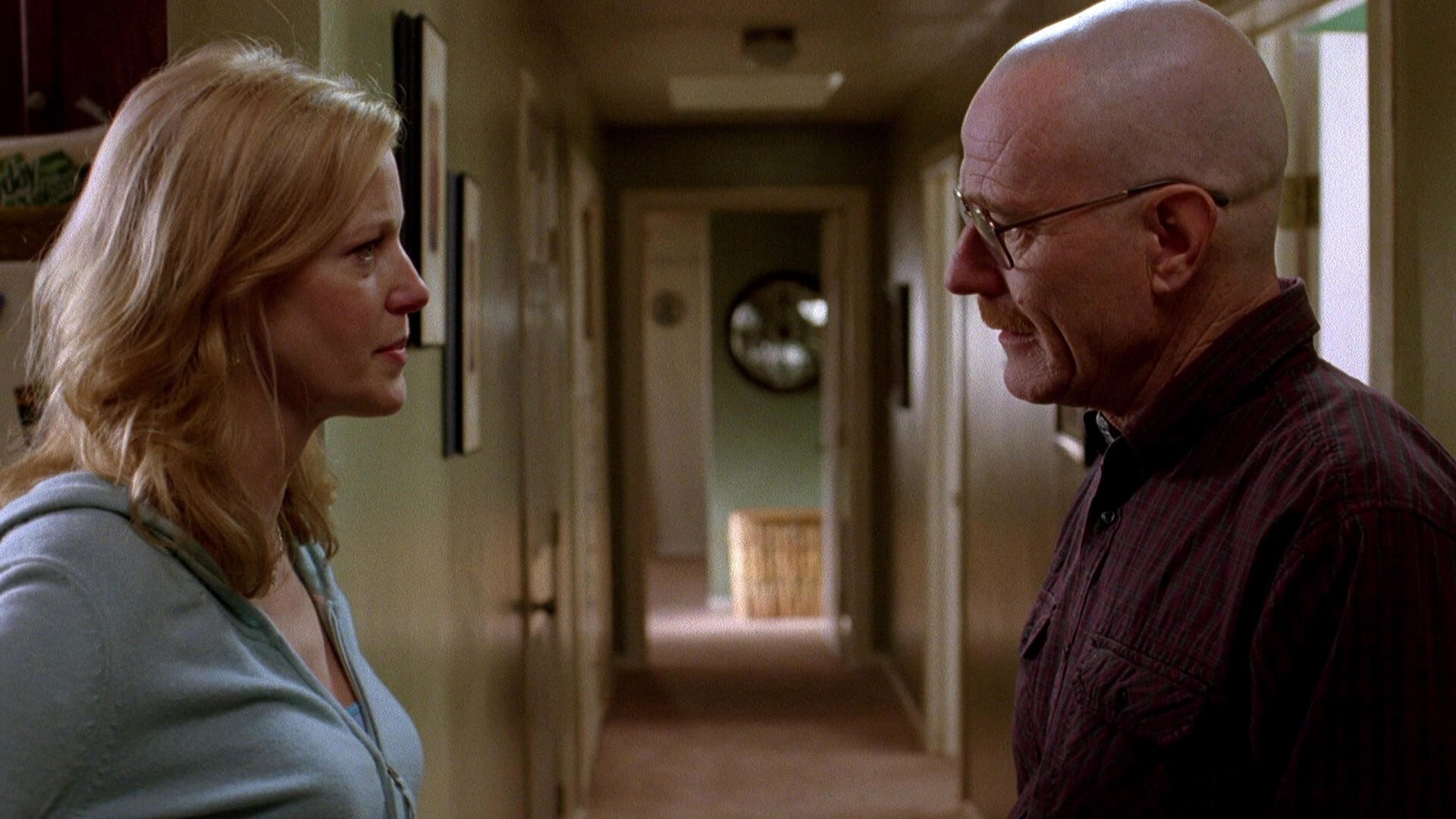 The next morning, Jane is roused by a phone call from her father, Donald. She tells him that she overslept and is running late, but she’ll see him soon. When Jane tells Jesse that someone broke into his apartment through his back door, Jesse races into the kitchen, finds the meth gone, and spins into a total panic. After Jane and Donald attend a support group meeting, the two talk at a coffee shop. Donald asks if Jane is seeing Jesse, and is unconvinced when she says she isn’t.

At the White residence, Junior answers a silent call. Walt fights for the phone when it rings again, and pretends it’s a call enquiring about the new baby. When he’s out of earshot, Walt berates Jesse for calling at his home number and when Jesse tells him that the meth is missing. A few moments later, Jesse notices four messages on his answering machine.

That evening, Hank and Marie head to the White residence for a family dinner: chicken from Los Pollos Hermanos. While they eat, Skyler reveals her plan to return to Beneke Fabricators; with Walt’s upcoming surgery they’ll need the cash. Late that night, Walt shows his new daughter, Holly, the cash he’s hidden in the garage. “Daddy did that for you,” he says.