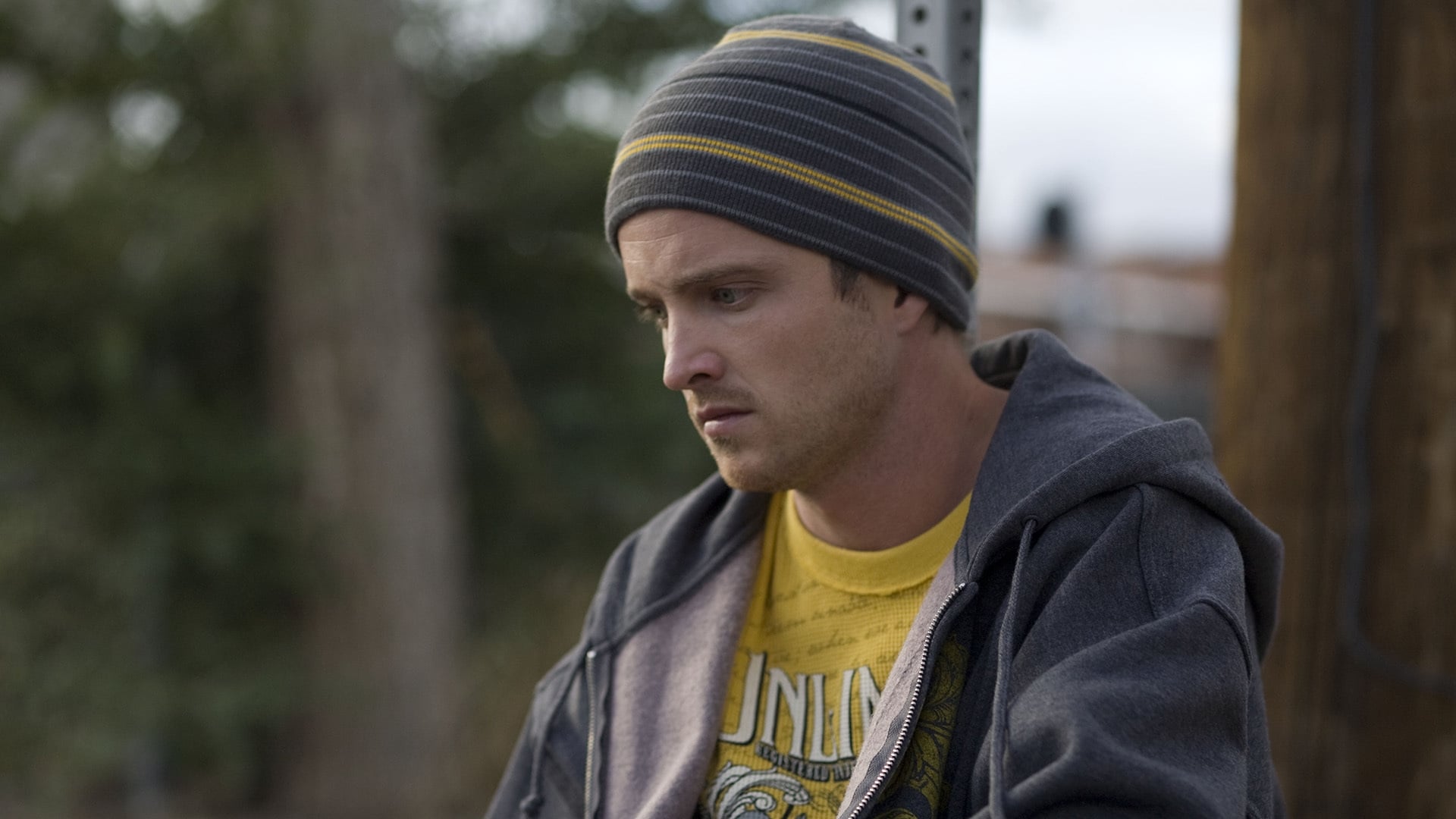 Outside Spooge’s house, Jesse draws his pistol and tries to psych himself up. When a mailwoman pulls up, Jesse quickly hides his gun and engages in brief yet awkward small talk before she goes on her way. Spooge and his woman are absent from the house, so Jesse breaks in and enters the dank living room littered with garbage, ripped-up furniture and dirty laundry. As he waits on the couch, Jesse finds himself joined by an unkempt, half-dressed five-year-old boy. Turning on a television to a home shopping channel — the only station it gets — the child sits on the other end of the couch and tells Jesse he is hungry.

Skyler calls Gretchen to offer her a belated thanks for paying Walt’s medical bills. A confused Gretchen starts to respond but can’t find the words. When Skyler says that they should get together sometime, Gretchen proposes a visit that afternoon. Meanwhile, Walt returns to his teaching job. The school’s assistant principal, Carmen Molina, sits in on his lecture, telling him afterwards that he should come to her if he ever has any “issues.” At the end of the day, Walt heads to his car with Junior, where he finds one of his “Missing” posters stuck on the windshield. A student has defaced the poster so it now reads, “I’m MISSING My Pants!”

Back at Spooge’s house, Jesse scratches up a sandwich and plays peekaboo with the little boy while he eats. The two addicts — grimy, bloodied, and arguing with each other — finally return home. Jesse carries the boy into a bedroom and then attacks the couple, pistol-whipping Spooge.