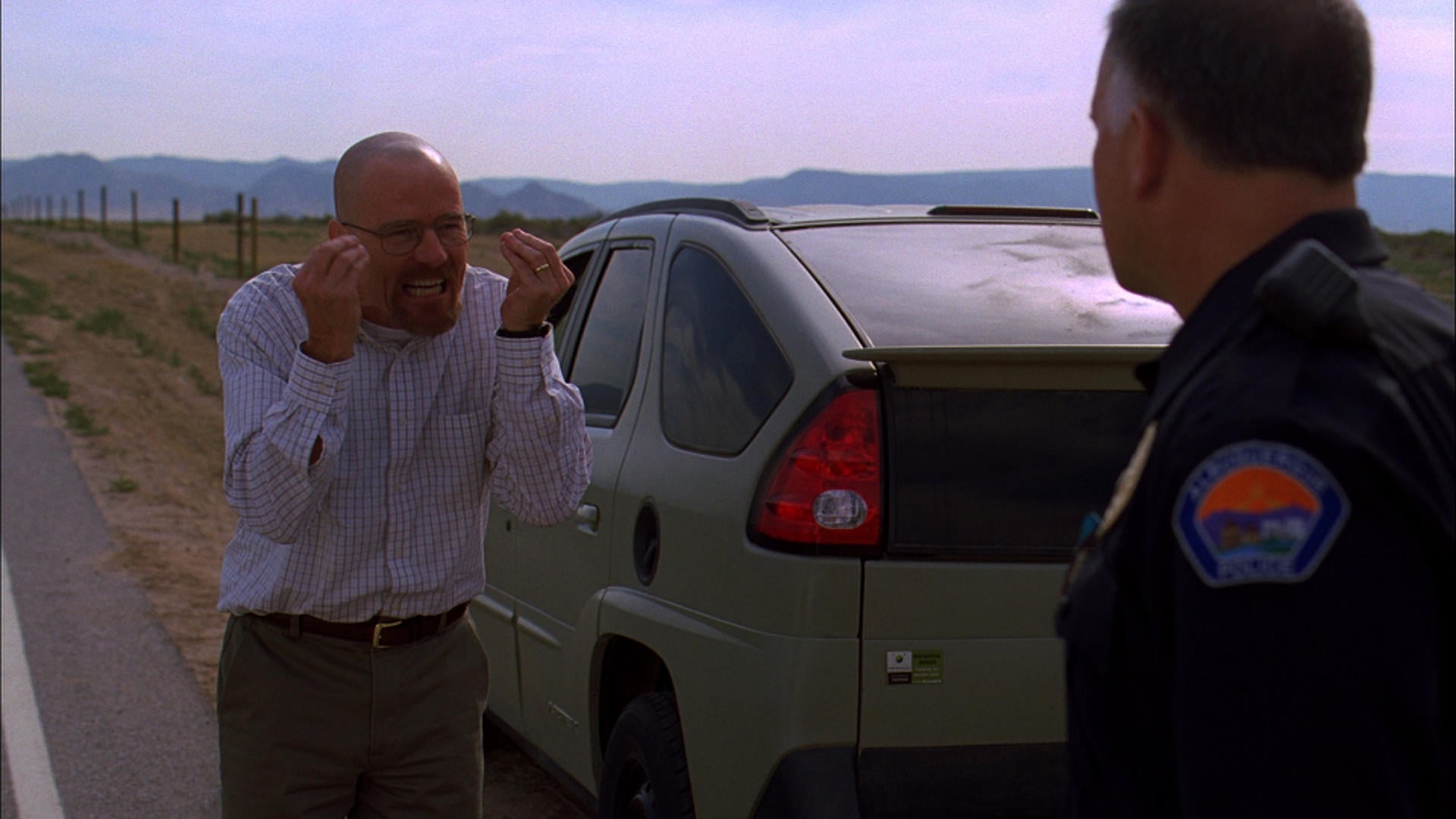 At the DEA field office, Hank speculates that the truck explosion on the border was “high-end cartel work.” As he is finishing briefing his team, he receives a call from the Albuquerque Police. When Hank picks Walt up at the police station, Walt apologizes to the arresting officer and tells Hank that Skyler is refusing to let him see his kids.

Meanwhile, Jesse notices that his former house is for sale. Stopping to take a closer look, he runs into his father, who describes the extensive improvements they have made to the property, but demurs at giving Jesse a tour. When his father appears unenthused at inviting him for dinner, a hurt Jesse leaves in a huff.

When Saul visits Walt at his apartment, Walt admits that Skyler knows about his meth cooking activities. Saul tries to assure Walt that Skyler will not turn him in to the authorities, as she and the rest of the family would have just as much to lose from Walt being captured as Walt himself. Saul tries to entice Walt to return to cooking, but Walt states that all he cares about is the family he has now lost. After leaving Walt’s apartment, Saul contacts Mike and tells him they have a problem that needs monitoring.