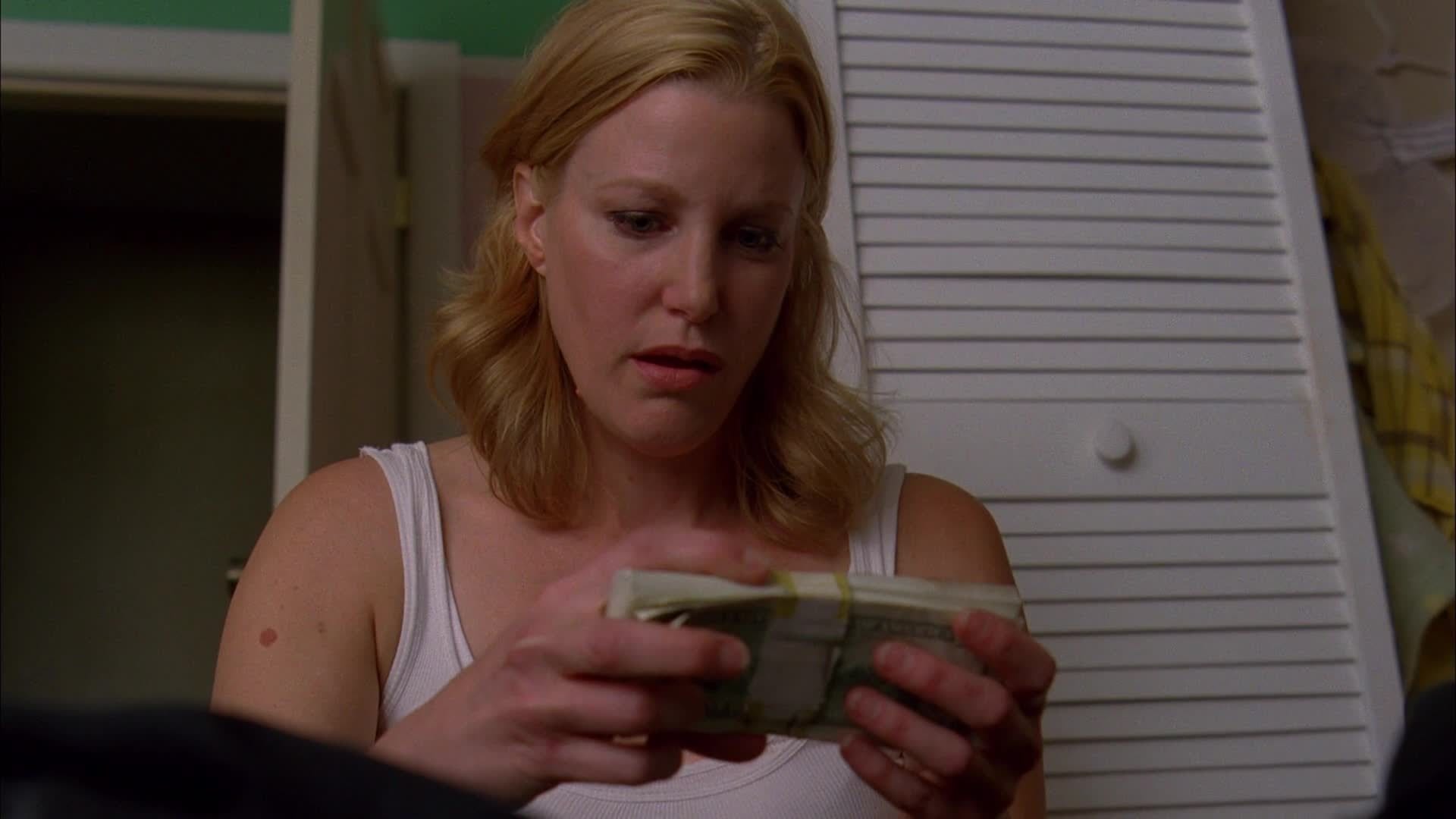 After another round of sex, Skyler basks in the luxury of Ted’s heated bathroom floor, wondering about its cost. Ted offers to let her keep a few things at his house, obviously growing attached.

That evening, Walt sits in Holly’s closet, talking on the phone with Jesse. Walt denies dealing with Gus behind Jesse’s back, but Jesse demands that Walt hand over his missing other half of the cash payment. Walt counters that it’s his formula and he never gave him permission to use it before angrily handing up.

At a campground, Hank ignores Gomez’s suggestion to wait for a warrant before searching an RV. He scales the vehicle and peers through its roof vent, startling an older couple playing canasta in their underwear. After mollifying the outraged couple, Hank suggests following up a few more leads, but Gomez says that he can’t as he still needs to pack: he’s leaving for El Paso.

Hank returns home to shower. Marie urges him to share his feelings about Gomez taking the promotion that Hank refused. Marie tells him that his past experience in El Paso makes it understandable for him not to go back, Hank angrily replies that he’s only staying in Albuquerque to pursue important leads in his Heisenberg investigation.