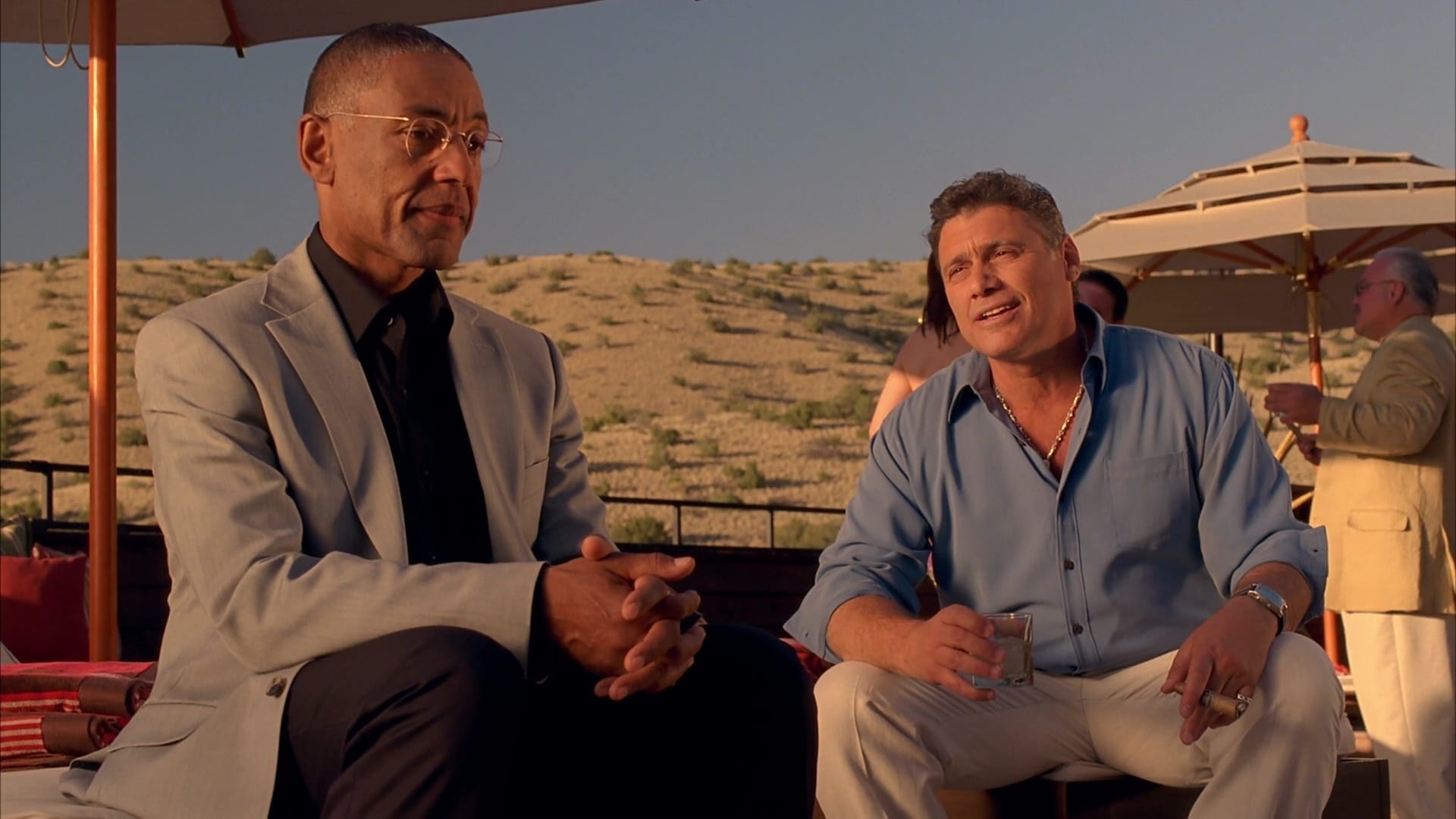 At the White Residence, it’s Walter White Jr.’s sixteenth birthday. Unable to reach Walter White, Skyler White gives up and surprises Junior on her own with a sensible car parked in the driveway. Though underwhelmed, Walt Jr. politely thanks her, which quietly disappoints Skyler.

In his office, Saul Goodman argues with himself. Saul then struggles to inform Ted that his long-lost “Great-Aunt Birgit” from Luxembourg has left him $621,552.33—almost precisely the amount of his debt to the I.R.S. including fines. Ted insists he knows nothing of having a great-aunt, but on hearing the amount of inheritance is all too happy to ignore the details and keep mum.

In Mexico, Jesse, Mike, and Gus sit blindfolded as Gaff and a leather-jacketed goon drive them to the Cartel’s superlab. The chief chemist there takes an instant dislike to a ‘too-young’ Jesse, maligning him in Spanish as an amateur and a joke. When it becomes apparent that Jesse doesn’t know how to synthesize phenylacetic acid, a basic ingredient that any chemistry student could easily synthesize, he becomes ever more indignant. Jesse senses that he’s being disrespected and takes charge, telling Gus to tell him that if he wants to make a superior product, he has to do it Jesse’s way.

After the chemist responds in English, asking who Jesse thinks he is, Jesse responds that he’s the guy that that Gus brought here, then calls the lab filthy and, channeling Walt, announces that no cooking will take place until all contaminants are eliminated and every cook surface scrubbed (“Fly”). They don’t like it, but they know Jesse is right about their filthy lab, so they obey and start scrubbing. Both Gus and Mike can hardly contain the surprised pride from beaming forth on their mugs, so quietly impressed they are with Jesse’s taking charge.