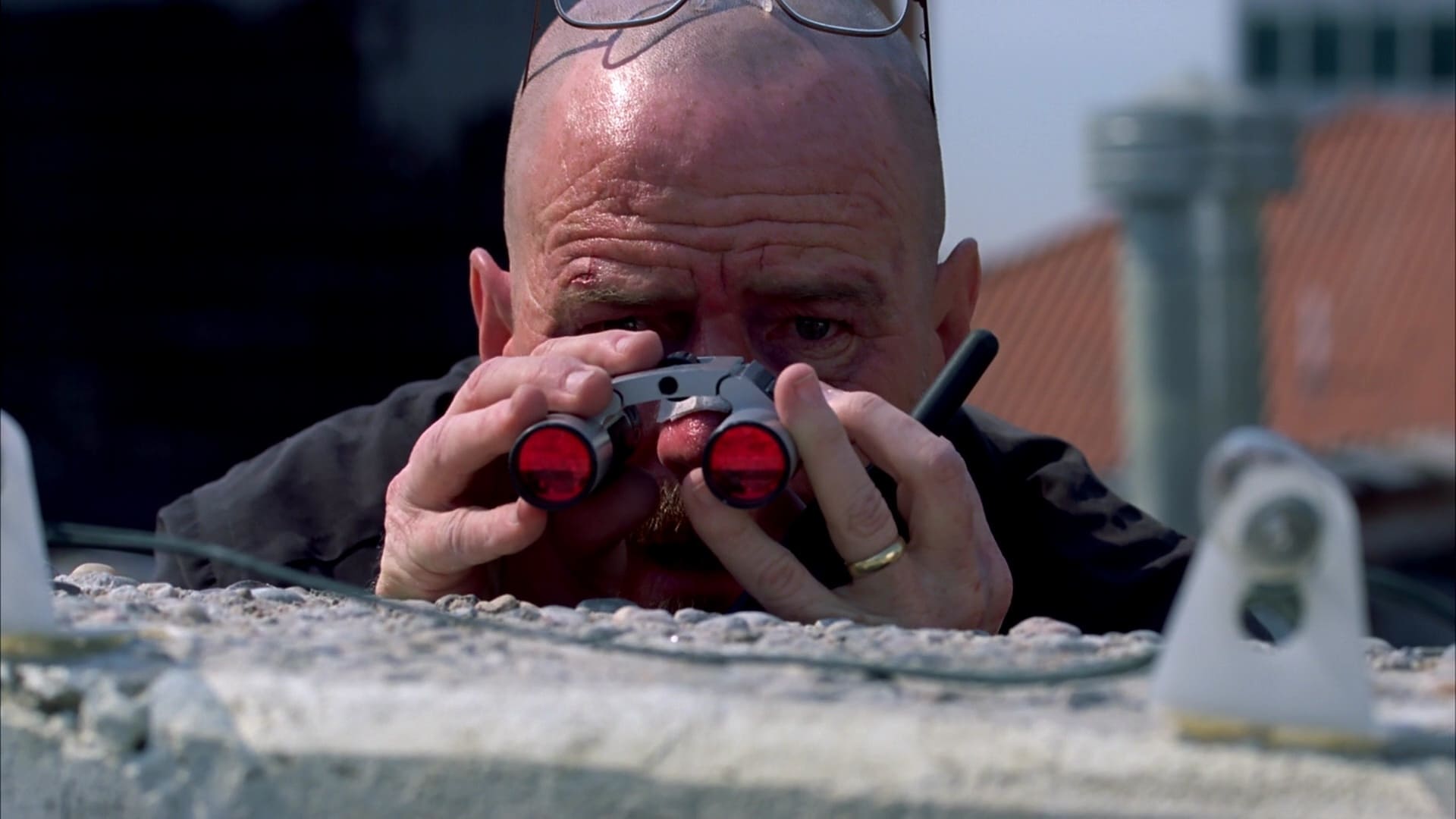 Walt sits at home, alone, with his .38 snub at his side, anticipating the worst. He mulls over his options, spinning the gun three times on its side as he does so. The first two times the barrel of the gun stops pointing straight at Walt, while the third points at his nearby flowerpot wherein a lily-of-the-valley is planted. Walt continues his musings in sullen, hopeless silence.

At the Schrader residence, Walter White Jr. complains that Skyler White didn’t do enough to convince Walt to come, and that his father is too stubborn to realize his own life is more important than a car wash. Hank calms everyone down and convinces Steven Gomez that his wild goose hunt against Gustavo Fring led to the death threat. Gomez, tired of being badgered, finally agrees to investigate.

Gomez arrives at the industrial laundry and talks the foreman into letting him search the facility – now, with just two men, or later when he comes back with a warrant and twenty officers. When the foreman agrees, Gomez brings out a drug dog to sniff out the place, but to no avail. Beneath the facility, Jesse Pinkman and Tyrus Kitt wait silently. Gus calls Jesse and tells him that this is why he couldn’t trust Walt. Jesse says he sympathizes, but again insists if anything serious happens to Walt, he won’t cook. Gus answers that he’ll make an appropriate retaliation and hangs up.