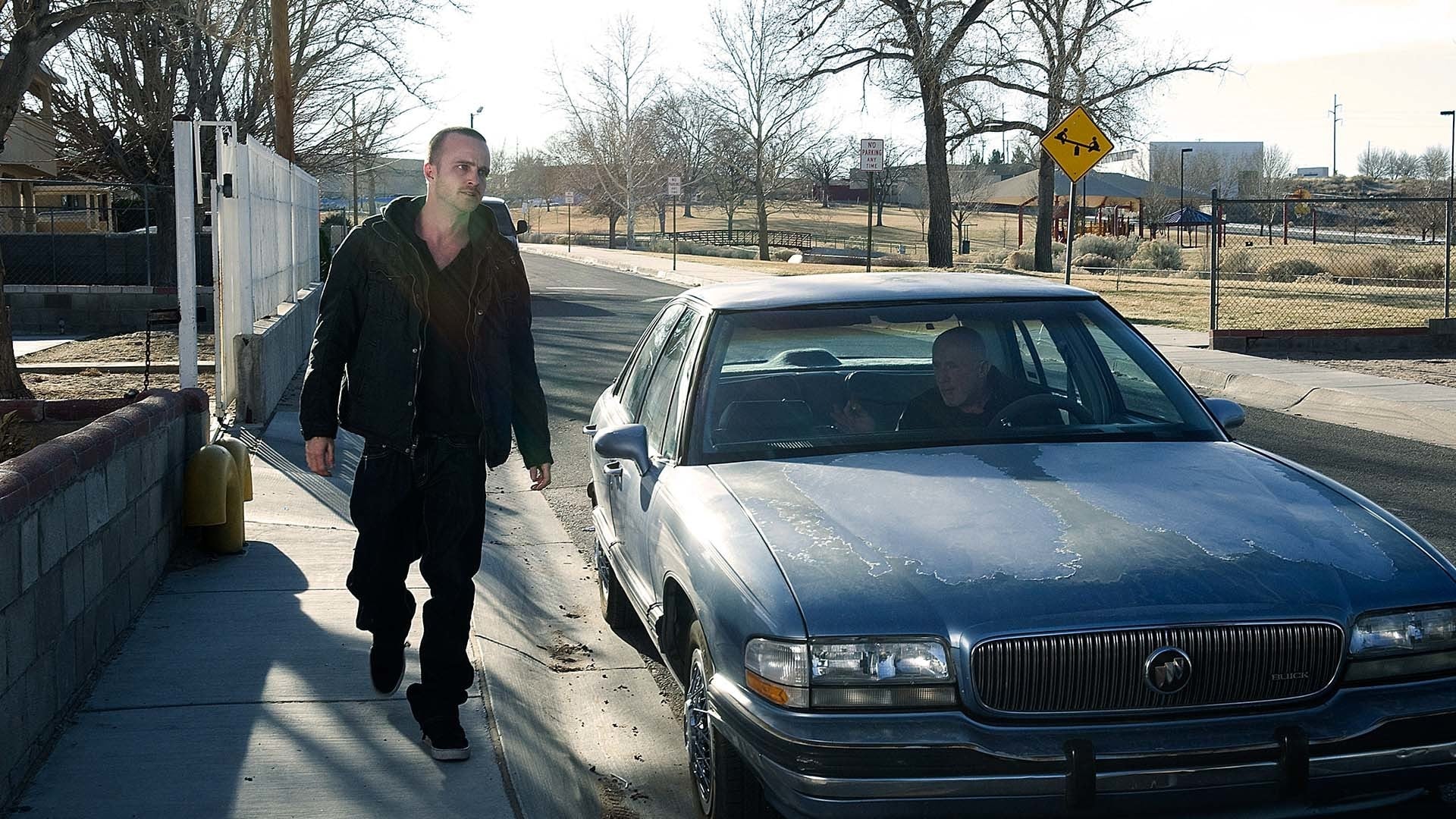 Skyler repeatedly listens to Walt’s message while reading up on Gale Boetticher and finally reads between the message’s lines correctly. As Walt awakens, hung over from his excessive consumption of wine at Hank’s the previous night, she asks him several questions concerning Gale’s murder and the people he works for. She asks if he’s safe. Walt dodges these questions. Skyler theorizes that Walt is scared and that some part of him wants Hank to catch him. Walt, annoyed, rejects these theories and Skyler’s suggestion that he goes to the police to obtain protection.

When Skyler asks him to “stop trying to justify this whole thing and admit you’re in danger”, Walt suddenly freezes and, his pride stung by Skyler’s comment, starts an angry retort about how lucrative the whole drug business is and how indispensable he is to keep it running. He claims he is the danger and that when a guy gets shot opening his door, he’s one who knocks (a boast that doubles as an indirect admission of his role in Gale’s death), after which he walks away to take a shower, leaving Skyler stunned and appalled at who Walt is turning into, her vision of him irrevocably changed from then on. After Walt finishes showering, he comes out voicing a reassuring apology, only to realize mid-sentence that Skyler, Holly and her car are gone.

Walt goes to the car wash alone to obtain the files and keys. Bogdan Wolynetz talks about how bosses have to be tough and is not sure if Walt is ready for that. He insultingly recommends that if he’s not tough enough, he should call his wife. When he then wants to take back the first dollar he made (hanging in a frame on the wall), Walt responds with “as is”, and with a wry smile insists he leave it behind. Bogdan storm off in a huff. He then uses Bogdan’s first dollar to buy a can of soda, relishing the moment.