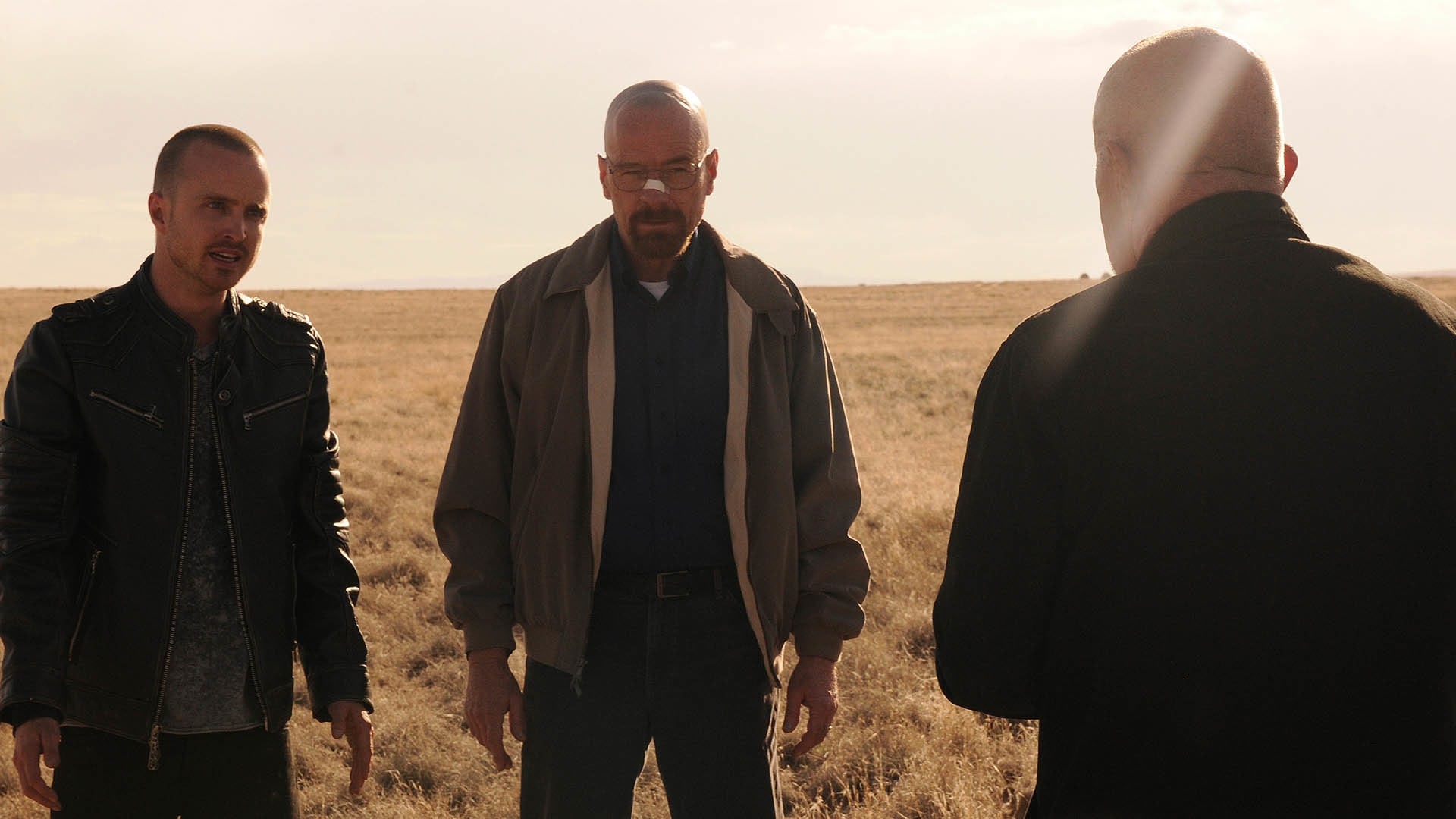 At a counter in a Denny’s restaurant, a man served his breakfast: bacon, two eggs sunnyside up and hashbrowns. The man breaks his bacon strips in half, then arranges the pieces into the number 52, referencing a White family birthday tradition. This man is revealed to be Walter White – in deteriorating health, sporting a different pair of glasses, full head of hair, an unkempt beard and no wedding band. We are a year into the future.

Walt gives a fake name (Lambert, which is Skyler and Marie’s maiden name) and bears a false ID from New Hampshire. Excusing himself to the bathroom, he trades an envelope of cash for a set of keys in the bathroom with Lawson, his previous gun dealer. Lawson asks Walt for his word that “it” won’t be crossing the border. Walt assures him that “it” won’t be leaving town. Before exiting the bathroom, Walt lets out a slight cough and pops a pill.

Leaving a generous $100 tip under his untouched breakfast plate for the waitress, Walt exits the diner and locates the car that the keys belong to. Opening the trunk, “it” is revealed to be an M60 machine gun with ammunition and a printed instruction manual. Walt looks around cautiously, then puts his bag in with the gun and slams the trunk shut.