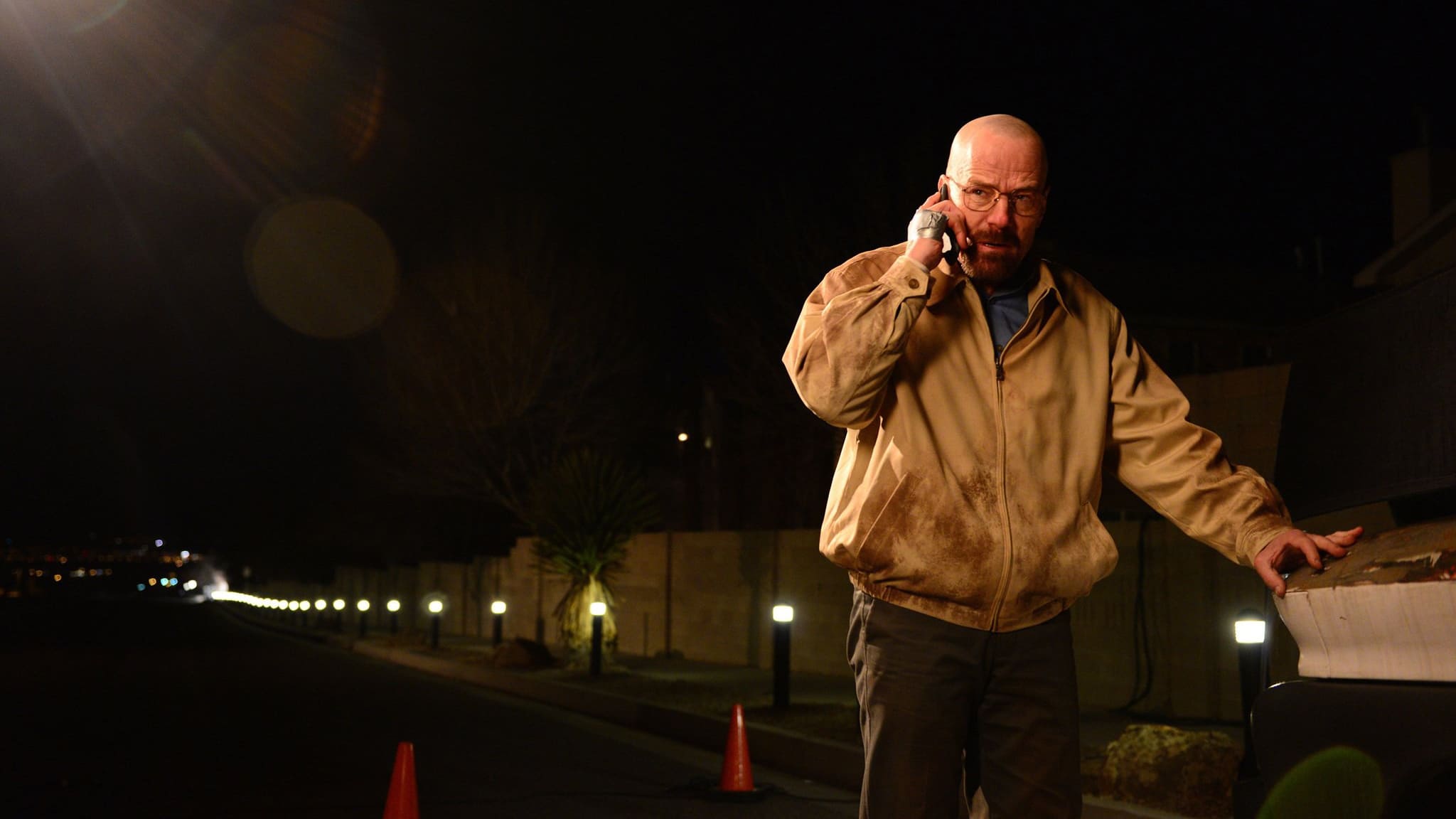 Nearly 20 months later, at exactly the same place where Walt and Jesse did their first cook, the shootout between Hank Schrader and Steven Gomez of the DEA versus Jack’s White Supremacist Gang comes to an abrupt end (“To’hajiilee”). Gomez lies dead in the sand after being shot twice in the chest, and Hank is injured, shot in the leg. With his pistol empty, Hank tries to crawl towards Gomez’s shotgun, but Jack approaches and stops him from doing so. Todd Alquist checks Walt’s 2012 Chrysler 300 SRT-8 for Jesse, but he is nowhere to be found. Jack orders two of his men to search the area for him. Kenny checks Gomez’s wallet, only to find his DEA badge.

Jack is about to shoot Hank point blank when Walt, still handcuffed inside the SUV, realizes what is going on and screams for Jack not to kill Hank. Walt is brought to Jack, still handcuffed, and he pleads for Hank’s life, but Hank refuses to collaborate and threatens Jack by saying that he has backup on the way. Walt reveals that Hank is actually his brother-in-law, and Jack is upset for just finding out that Walt has a relative working for the police. Walt then offers to give Jack his buried $80 million dollars — only if they let Hank go.

Hank still refuses to cooperate. Walt continues to plead Jack for Hank’s life, but Hank tells Walt that Jack already made up his mind. Hank tells Jack to do what he’s going to do, and Jack kills Hank by shooting him in the head. Walt is horrorstruck; he drops to his knees and then falls to the ground on his side, crying.

Now knowing about the buried money’s existence, Jack and Kenny again check the GPS coordinates given by Walt and they use a shovel found inside Gomez’s SUV to start digging. Soon they find one of the barrels full of money, and all the other white supremacist gang members help Kenny dig up the $80 million. The other two gang members return after failing to find Jesse. Todd watches Walt lying on the sand and feels sorry for him. Meanwhile, Walt notices something beneath his car. The Neo-Nazis load all seven of the barrels of money into their truck and they then drag Hank and Gomez’s corpses into the hole where the money barrels were and bury them in it. Todd approaches Jack and convinces him to leave one of the barrels to Walt as a sign of apology for what they’ve done. Knowing that Todd respects Walter, Jack orders his men to load one of the barrels into Walt’s car. They then help him up, take the handcuffs off of him and Jack shakes hands with him, saying that there’s no need for bad feelings about what happened.