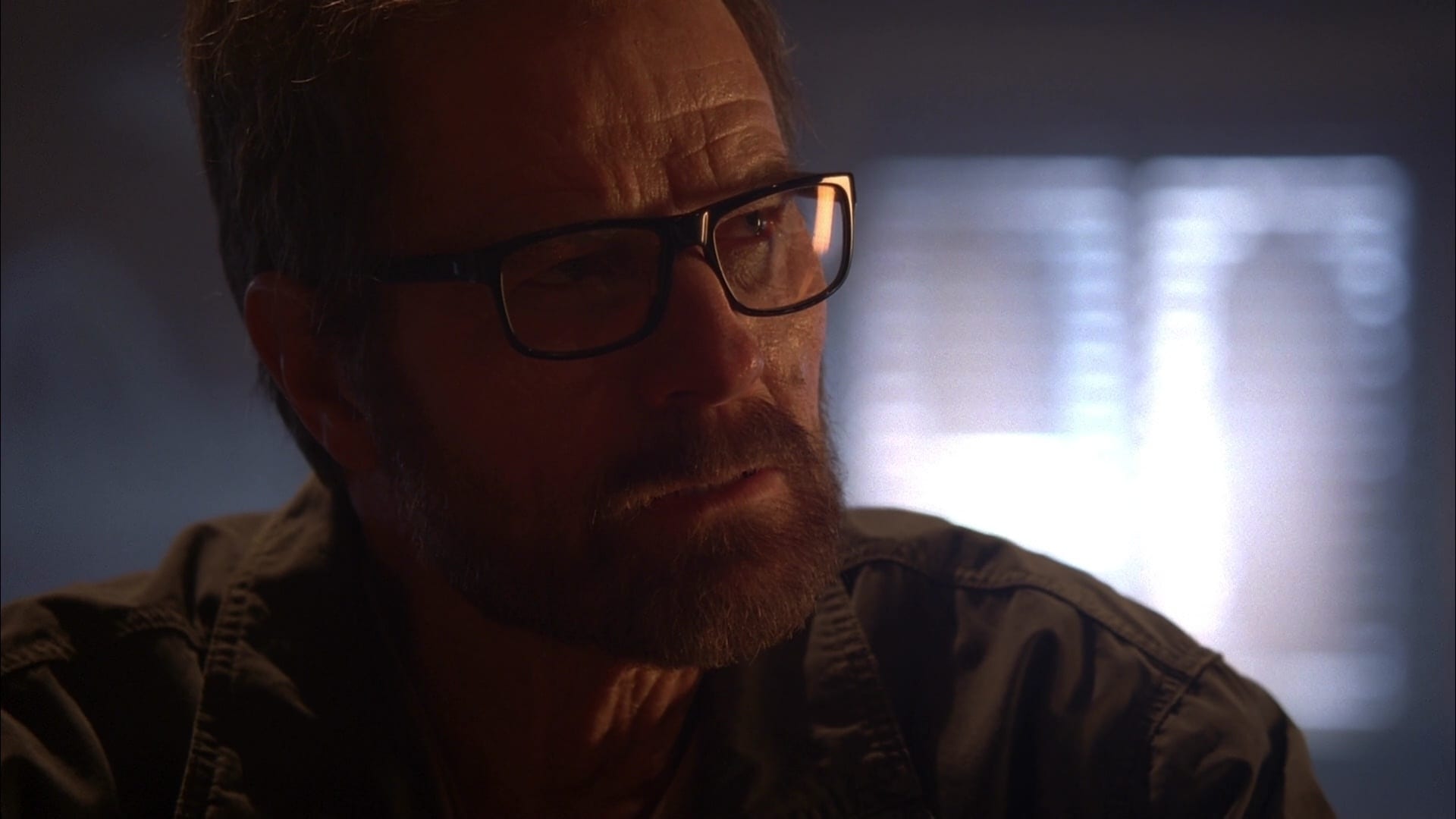 SAC Ramey and two DEA Agents are driving a distraught Marie Schrader home, still in shock from the news that Hank is dead; on the way, he promises that they will find Hank Schrader and Steven Gomez (though what he really means is that they will recover their bodies and give them a proper burial). When they arrive at the Schrader house, they find that somebody has broken in, raided and trashed the place. One agent drives a shocked Marie away as Ramey and the other agent investigate the premises.

It is revealed that the White Supremacists have broken in and stolen Jesse Pinkman’s confession DVD (“Rabid Dog”). At night, in the neo-Nazis’ compound, Kenny is showing Jack Welker and the rest of the gang the footage of the DVD, as there’s something important they need to see. Kenny fast-forwards the video to the moment that Jesse reveals Todd Alquist’s murder of that “missing” kid Drew Sharp. Throughout the whole thing, Todd shows no emotion whatsoever, and actually appears slightly prideful at the description of his murder of Drew Sharp.

Upon hearing this, Jack prepares to kill his prisoner, but Todd pleads with him to keep Jesse alive so they can cook more meth since they still have all that methylamine they took. Jack wonders why they need to make and sell more meth, i.e. make more money, since they already have most of Walt’s millions; but Jesse is a rat and needs to be put down. He eventually realizes Todd wants to keep going with the meth production because he’s attracted to Lydia Rodarte-Quayle, and needs a continuing meth supply for her Czech clients, as this is the only way Todd can keep in contact with her.

After joking about the situation, “one can’t help who one is sweet on”, Jack decides to let Jesse live for his nephew’s sake. The gang head back inside to continue watching Jesse’s confession. Meanwhile, in his cage, Jesse is now in possession of the photo of Andrea Cantillo and Brock Cantillo from the lab. Attached to the photo is a paperclip, which he unhinges and attempts to unlock his handcuffs with.