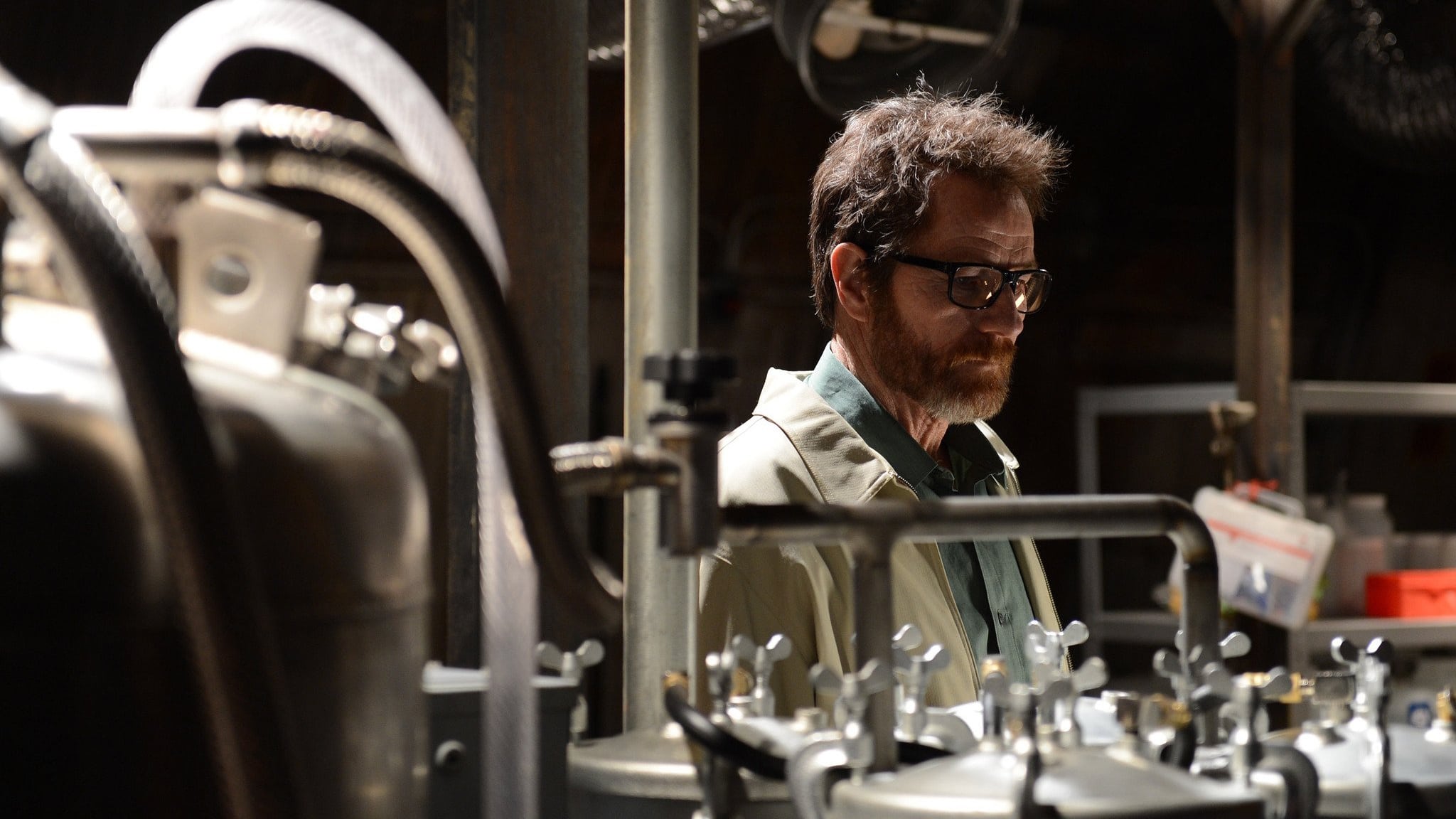 Somewhere in the New Mexico desert, Walt is driving down the road when he stops at a gas station to fill up the tank. He uses a pay phone and poses as a journalist from the New York Times doing a story on Elliott Schwartz and Gretchen Schwartz; he says that he will send his photographer to take some pictures for the newspaper and asks for the Schwartzes’ new address. He also learns that they are getting back home that night from their interview with Charlie Rose in New York. After thanking for the information and hanging up, Walt leaves his watch — the birthday gift from Jesse Pinkman (“Fifty-One”) — on top of the phone booth and takes off.

Later that night, Elliott and Gretchen come home to their luxurious country residence talking about pizzas and their common interests, all flirty with each other that they fail to spot Walt sitting half in shadow by the garden just waiting for their arrival. As the Schwartzes walk to the kitchen to prepare dinner, Walt closes the main door and follows them inside the house. Amused by the luxury, Walt analyzes some pictures on a counter as Gretchen walks into the living room and screams as she spots him.

Elliott comes to her aid and Walt casually greets the couple and compliments their impressive new home. Walt mentions that the couple must have a great view of the Sangre de Cristo Mountains because of their location. He tells them that he watched their interview on Charlie Rose and says that he has “something” for them in his car, asking them to help him unload it. Elliott tries to protect Gretchen with a small cheese knife but Walt just scoffs, “Elliot if we’re gonna go that way, you’ll need a bigger knife.” Gretchen cowers behind a now wide eyed Elliott, who on second thought thinks it best to just drop the useless knife altogether.