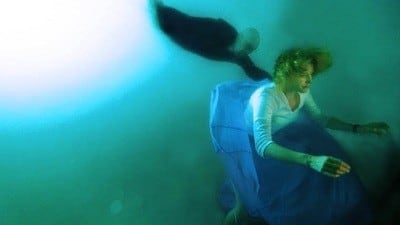 At the Houston office of Madrigal Electromotive, Lydia Rodarte-Quayle nervously sits at her desk on a conference call with Germany. She realizes she is wearing mismatched shoes. She receives a tip-off call from Mike Ehrmantraut and seconds later the DEA arrive to question her. She leads them to Ron Forenall who is promptly arrested. Lydia calls Mike to tell him that the methylamine transport will be cut off due to Ron’s arrest. Mike informs her he’ll send someone else.

At the White residence, Walt and Jr. debate about who would win in a drag race in their new cars while Skyler White silently eats. In the bedroom, Walt gives Skyler $20,000 to launder. She is stunned, silently stating that Walt is back into the drug game.

She then feebly suggests that she wants the kids to leave the house for a period of time. Walt shoots down her idea and tells a silent Skyler that he would like a party and chocolate cake for his fifty-first birthday the following day.