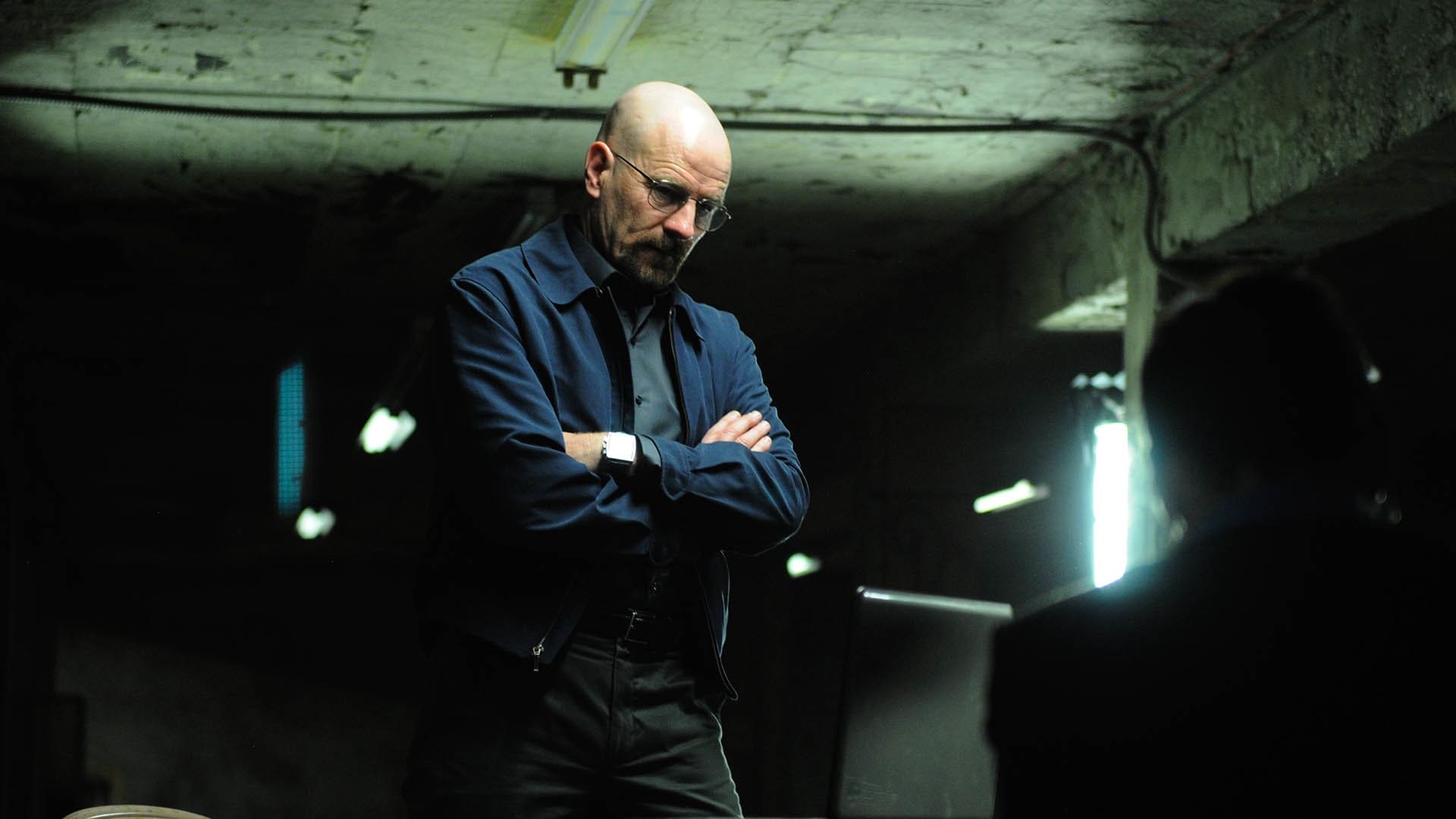 Walter White visits Hank Schrader in his new ASAC office where Hank remarks on Walt’s expensive new watch. Walt lies and tells Hank it’s a birthday present he bought for himself. During their brief conversation, Walt breaks down in crocodile tears, telling his brother-in-law that Skyler White no longer loves him and thinks he is a bad father. Uncomfortable with displays of emotion, Hank quickly excuses himself to get them a cup of coffee and to give Walt some space (as Walt, master-manipulator, anticipated Hank would react). Walt seizes the opportunity to plant a transmitter in Hank’s computer and a receiver within a family picture frame on his desk.

In the basement of an abandoned building in Houston, Walt and Jesse Pinkman stand by as Mike Ehrmantraut threatens Lydia Rodarte-Quayle. He forces her to call the DEA to sort out the GPS’s origins, supplying her with a prepared script, threatening her life if she cries or arouses Hank’s suspicions in any way. Listening into Hank’s phone communications, the GPS trackers were revealed not to be the work of the Albuquerque DEA Field Office. Discussion among Mike, Walt, and Jesse leads to Jesse dissenting but Walt agreeing with Mike that Lydia be killed, with Lydia insisting that it wasn’t her doing and begging for her life to be spared. Just as Mike approaches her, the bug picks up a call from the Houston field office confirming to Hank that they placed GPS tracking devices on the outside of all the methylamine barrels.

Mike still wants to kill Lydia, but she saves her life by informing the men of an “ocean” of methylamine in a freight train tanker car that passes through New Mexico each Wednesday.