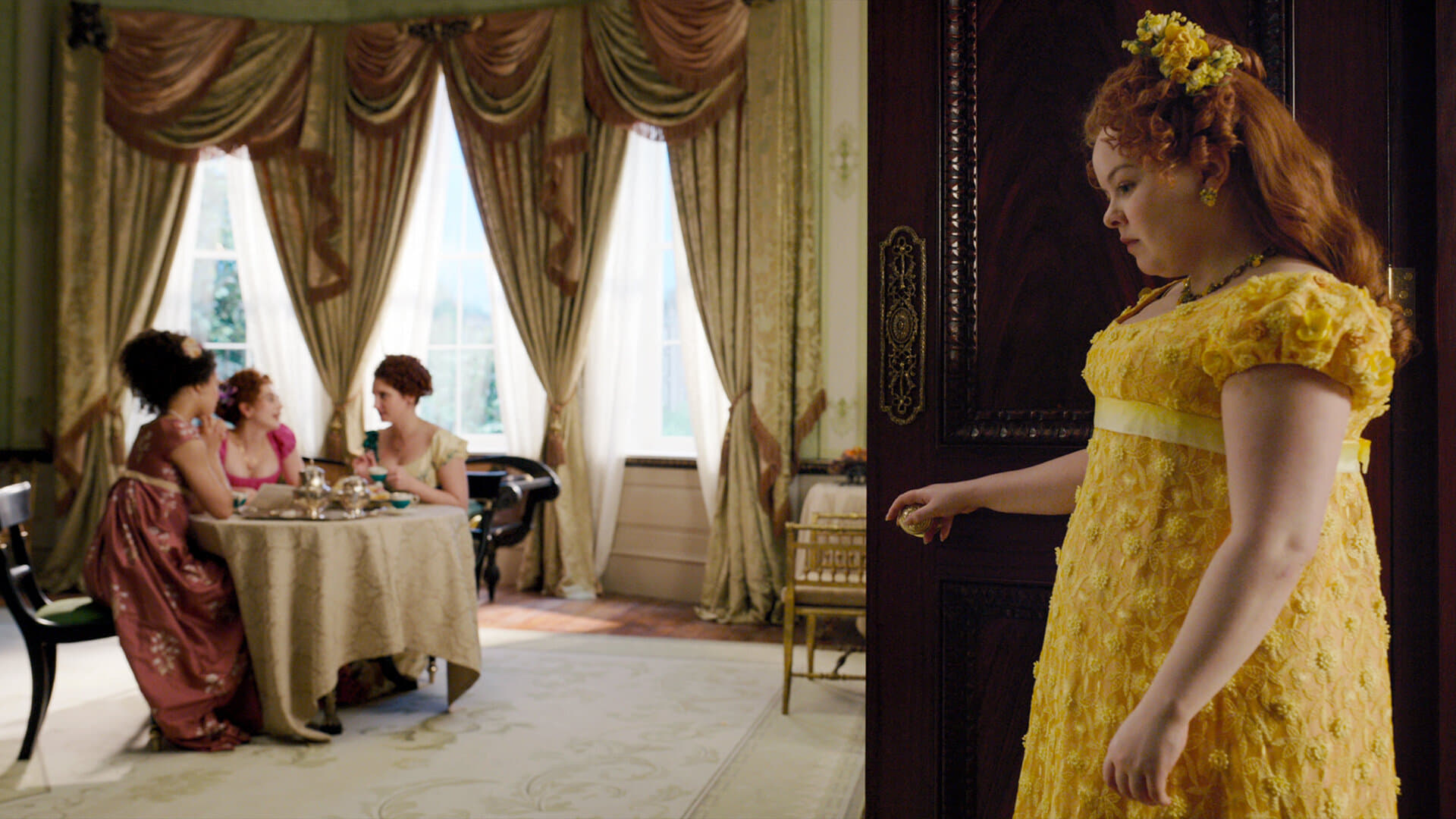 Simon and Daphne as the Duke and the new Duchess arrive at Clyvedon for their honeymoon and spend much time together, romantically and sexually. Daphne has difficulty building a relationship with the housekeeper Mrs. Colson. Colin announces his engagement to Marina, to his family’s dismay. Daphne and Simon mingle with the villagers. Penelope tries to ruin the engagement by confiding in Colin that Marina is in love with another man.

Colin suggests he and Marina marry sooner than their families desire by traveling to Scotland. Simon turns his attention to the books after hearing that his tenants’ rent has increased. Daphne is told that she offended the village by not being able to pick a winning pig at the fair. Mrs. Colson reveals more about Simon’s upbringing to Daphne.

Penelope discovers that George’s letter was faked, but Marina chooses to marry Colin anyway, intending to move on from George. Daphne, with the help of her lady’s maid, realizes that Simon can have children, but does not want to. She rapes him in order to get pregnant, and confronts him afterwards, blaming him for being ambiguous about his inability. Lady Whistledown publishes Marina’s secret, shocking Colin.