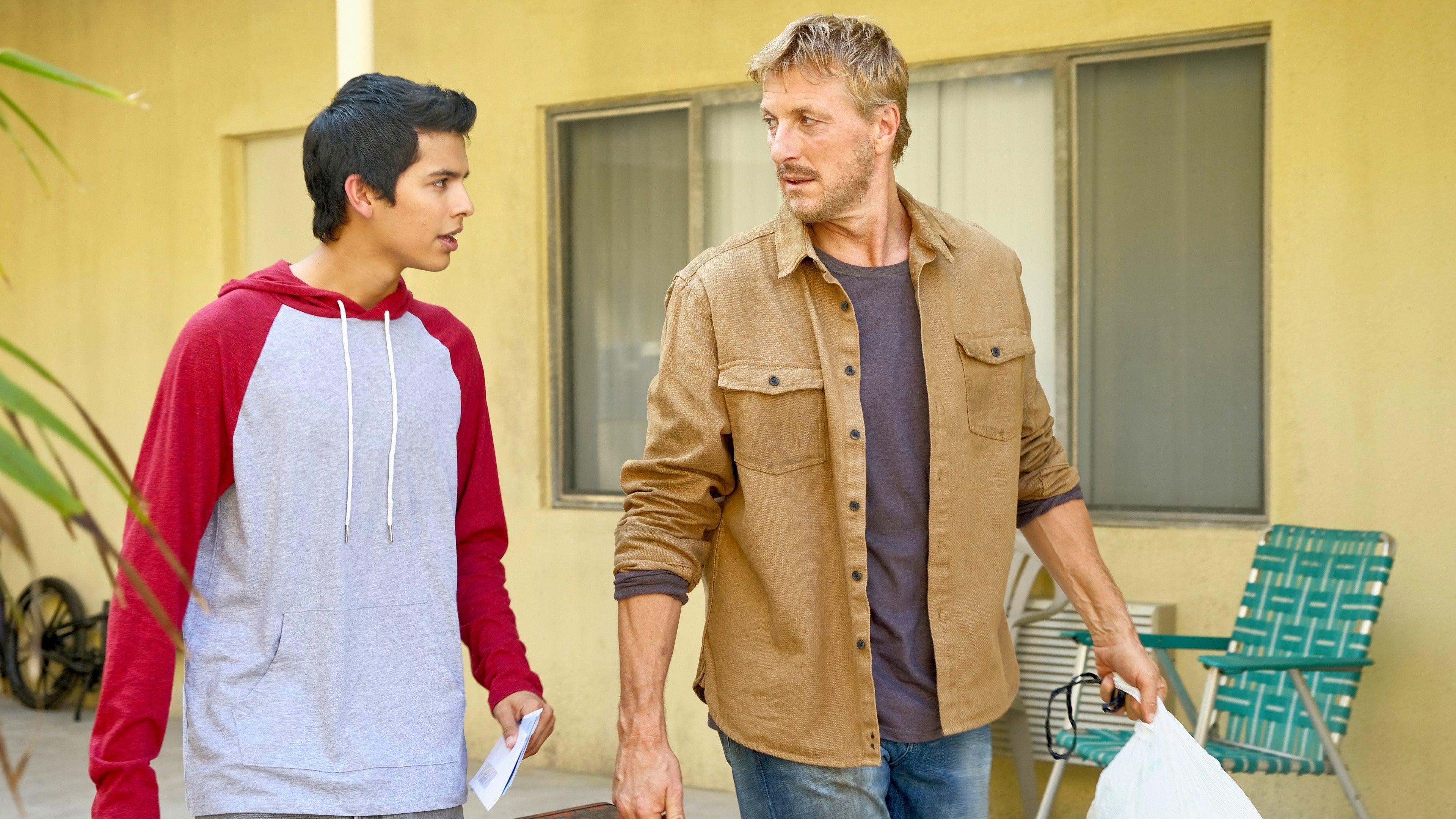 34 years after losing to Daniel LaRusso in the 1984 All Valley Under-18 Karate Championships Tournament, Johnny Lawrence struggles to make a living as a handyman and gets fired from his job after an argument with a customer while Daniel and his wife Amanda run a successful car dealership chain.

Johnny saves his teenage neighbor Miguel Diaz from a group of bullies but is arrested for assaulting them. Miguel implores Johnny to teach him karate but Johnny initially refuses. Johnny is then visited by his wealthy stepfather Sid Weinberg, who gives Johnny a check before officially disowning him. After Johnny’s car is wrecked in a hit-and-run, the car is towed to one of Daniel’s dealerships for repairs.

The next day, he goes to the dealership to take the car back, only to run into Daniel, reluctantly accepting a free car repair from Daniel, who considers him an old friend. There, Johnny realizes to his dismay that Daniel’s daughter Samantha “Sam” LaRusso was one of the passengers in the hit-and-run. He eventually agrees to become Miguel’s sensei and opens his own Cobra Kai dojo with the money from Sid.