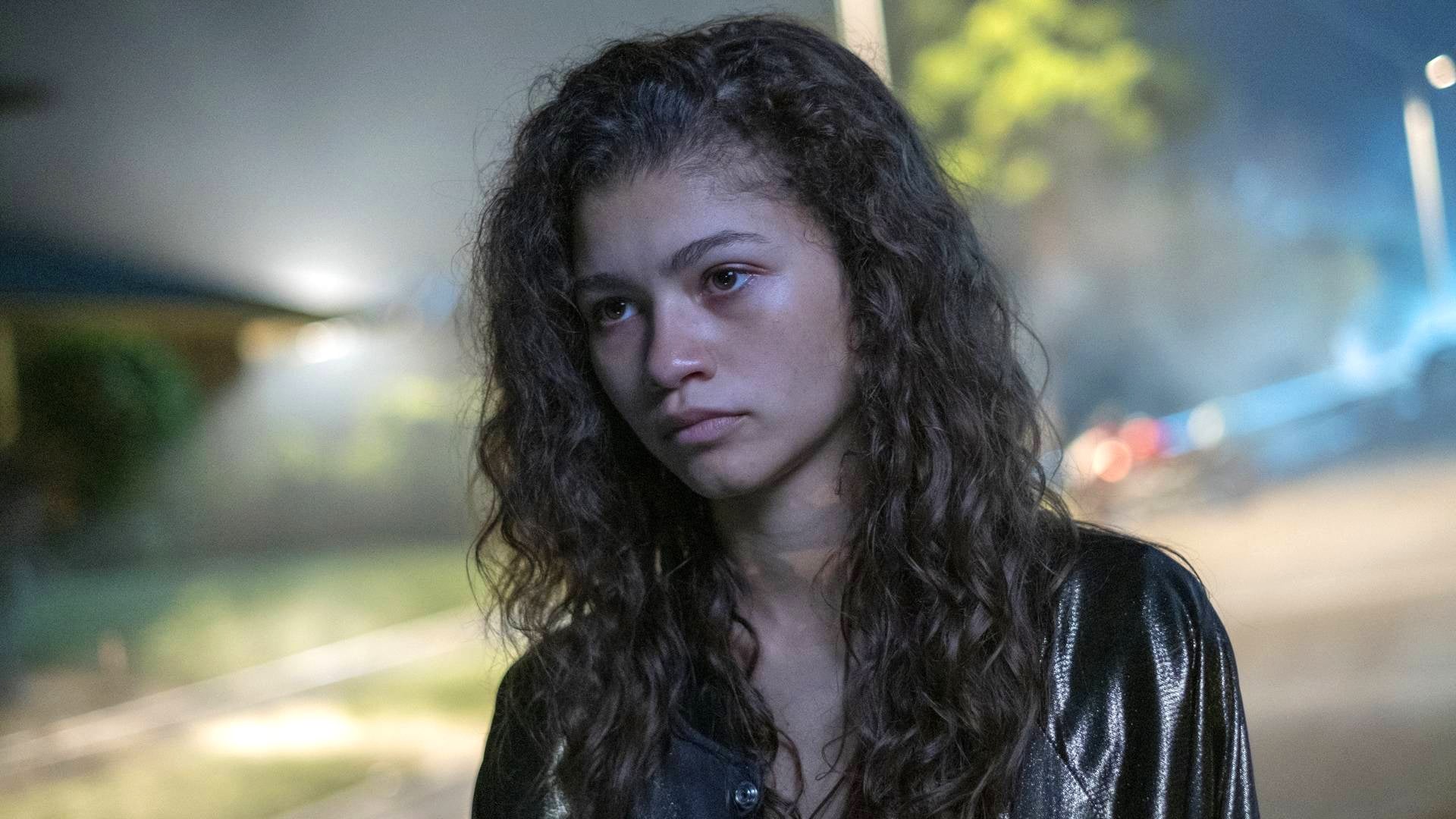 Growing up, Rue Bennett struggled with multiple mental disorders, which ultimately lead to a drug addiction in her teens. Now seventeen years old, Rue returns home from rehab and immediately buys drugs from her friend and drug dealer Fezco. Jules, a transgender girl who is new in town, is invited by a classmate named Kat to a party hosted by a popular college freshman, Christopher McKay.

Jules opts instead first to meet up with an older man from a hookup app. Jules meets the older man at a motel. She lies about her age and they have sex. At the party, Kat loses her virginity. McKay and his girlfriend Cassie have an uncomfortable sexual encounter but immediately come to an understanding. Maddy, who recently broke up with Nate, publicly has revenge sex with Tyler.

Angered by this, Nate drunkenly harasses Jules, who has decided to attend the party and who threatens Nate with a knife before cutting herself. Jules leaves the party, accompanied by Rue, who introduces herself and goes home with her. As Nate returns home, he encounters his father Cal, who is Jules’ hookup.