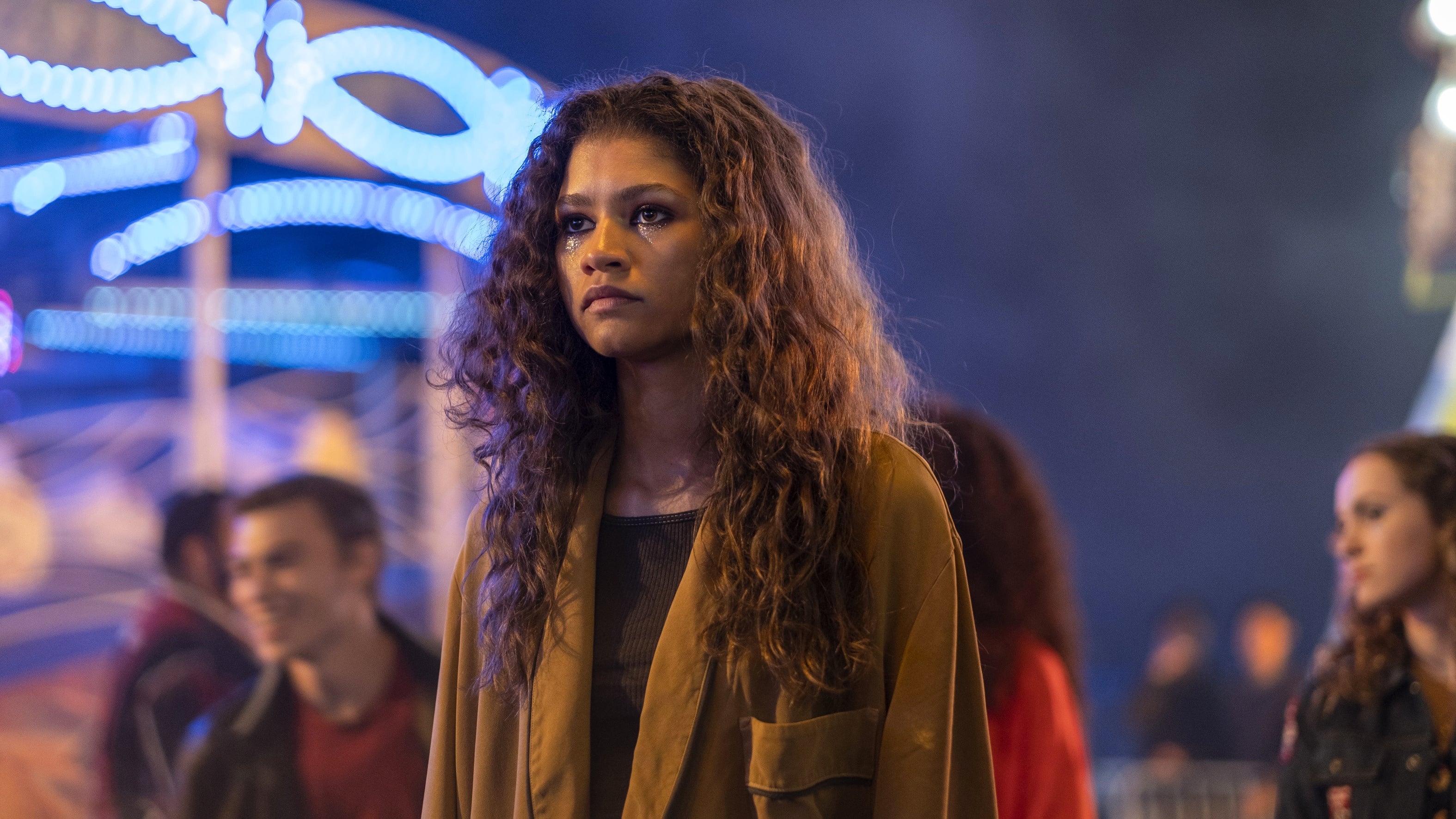 Aged 11, Jules is admitted to a psychiatric hospital because of her gender dysphoria and self-harming. Later, she begins transitioning. In the present day, at a carnival, Nate and Maddy have an argument, and Nate grabs her by the throat after publicly insulting his family. McKay upsets Cassie by refusing to acknowledge her as his girlfriend. Cassie and Maddy take MDMA.

Cassie flirts with a classmate, Kat’s childhood sweetheart Daniel. Jules recognizes Nate’s father as the man she had sex with at the motel. Kat hangs out with a classmate, Ethan, but becomes jealous when she incorrectly presumes him flirting with another girl and ends up having sex with an older boy. Rue looks for her sister, Gia, and finds her stoned.

Cal confronts Jules, begging her not to reveal their secret but she reassures him that she will not tell anyone. After the carnival, Jules meets up with “Tyler” and discovers he is actually Nate. Nate threatens to report the nudes Jules has sent him as child pornography unless she keeps quiet about her relationship with his father. Jules goes to Rue’s house and they kiss.