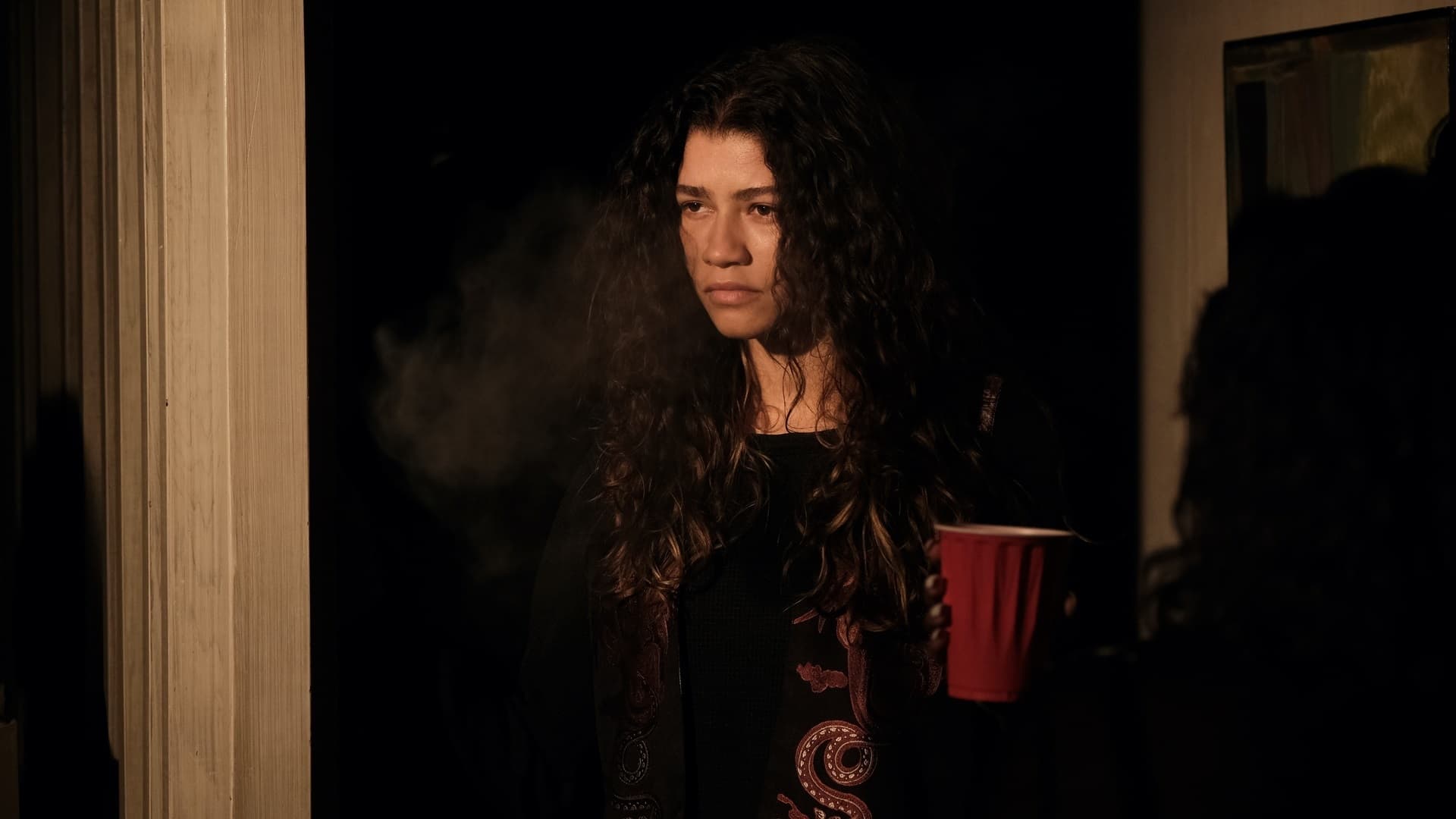 
Plot : Trying to Get to Heaven Before They Close the Door

As a child, Fez was taken in by his grandmother, who introduced him to the drug trade. In a continuation of the scene from the season one finale, Ashtray kills Mouse with a hammer. On New Year’s Eve, an intoxicated Rue accompanies Fez and Ashtray to a particularly intense drug deal (which ultimately succeeds) before attending a large house party.

At a convenience store, a drunken Cassie runs into Nate, who offers her a ride to the party; upon arriving, the two have sex in the bathroom and are nearly interrupted by Maddy, forcing Cassie to hide in the bathtub. Rue takes a concoction of drugs with a boy named Elliot and nearly enters cardiac arrest before taking Adderall to stabilize her heartrate.

Outside, she and Jules reunite, where Rue tells Jules that she relapsed the night Jules left her at the train station. Later, the two confess their feelings and kiss. Fez has a conversation with Lexi and they exchange phone numbers. He then confronts Nate and viciously beats him until the other partygoers stop him.