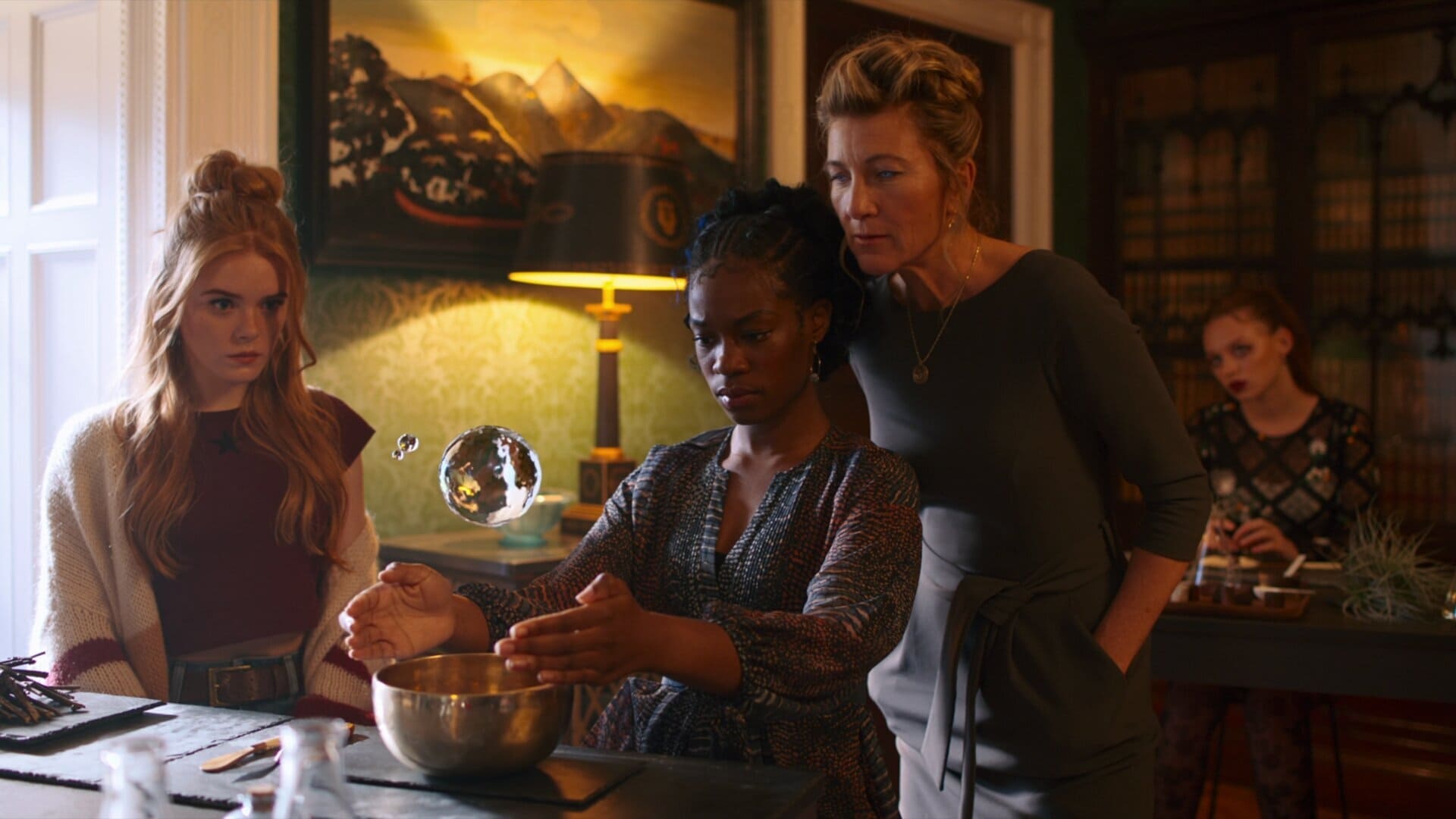 Bloom dreams of a woman telling her to look for her. She believes the woman is the fairy who left her on Earth. At Alfea, Bloom finds a picture of that woman and confronts Dowling about it. Dowling tells her that the woman is Rosalind, who was Dowling’s mentor and is dead now and that she doesn’t know how she is involved with Bloom. At the Specialists’ party,

Bloom gets to know from Riven that Stella blinded her best friend last year after she flirted with Sky. Sky doesn’t deny, it which scares Bloom. Meanwhile, Silva’s condition worsens even after the Burned one is killed, implying that there are more. Bloom and her friends fight the Burned One together until Dowling arrives to finish it off.

They return to find that Silva is healing. Beatrix gets into the secret passage in Dowling’s room using Dowling’s assistant to trigger the trap which leaves him injured. Beatrix kills him to cover her tracks after she is unable to access a hidden room. At the end of the episode, it is revealed that Rosalind is being held captive in the room that Beatrix tried to access.