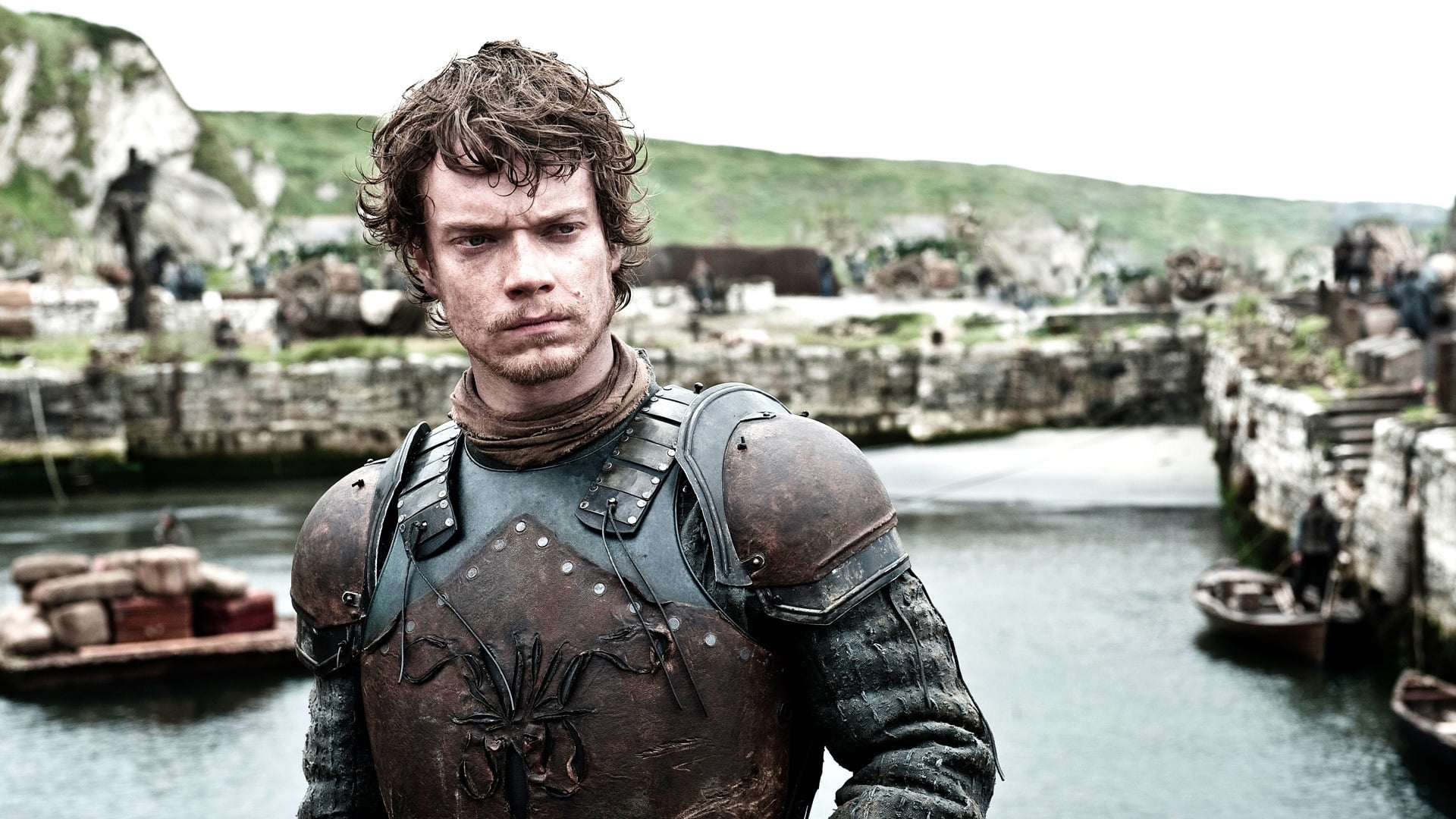 
Plot : The Ghost of Harrenhal

At Harrenhal, Jaqen H’ghar, one of three caged prisoners Arya previously saved, pledges to kill any three people she chooses to repay his debt to her. Her first choice is the Tickler, the man who mortally tortures the captives. Renly is killed by Melisandre’s shadowy assassin. Lady Brienne is accused of the murder and Catelyn forces her to flee the camp. Excluding the Tyrells, Renly’s forces join Stannis. Brienne swears life-long fealty to Catelyn and will protect her daughters. Theon sails from Pyke, and against Yara’s orders, intends to prove he is a true Ironborn by capturing Winterfell during Robb’s absence.

Lancel tells Tyrion about wildfire, a mass-produced explosive substance hidden in the city’s dungeons and intended to destroy Stannis’ fleet and army during the impending siege. Tyrion then takes control of the scheme. In the north, the Night’s Watch arrives at an ancient fortress called the Fist of the First Men. Jeor Mormont allows Jon to join the team led by a veteran named Halfhand, to kill the enemy leader. In Qarth, Daxos proposes marriage to Daenerys in exchange for providing her his wealth to conquer the Seven Kingdoms. Ser Jorah convinces her to instead gain the Westerosi peoples’ support.