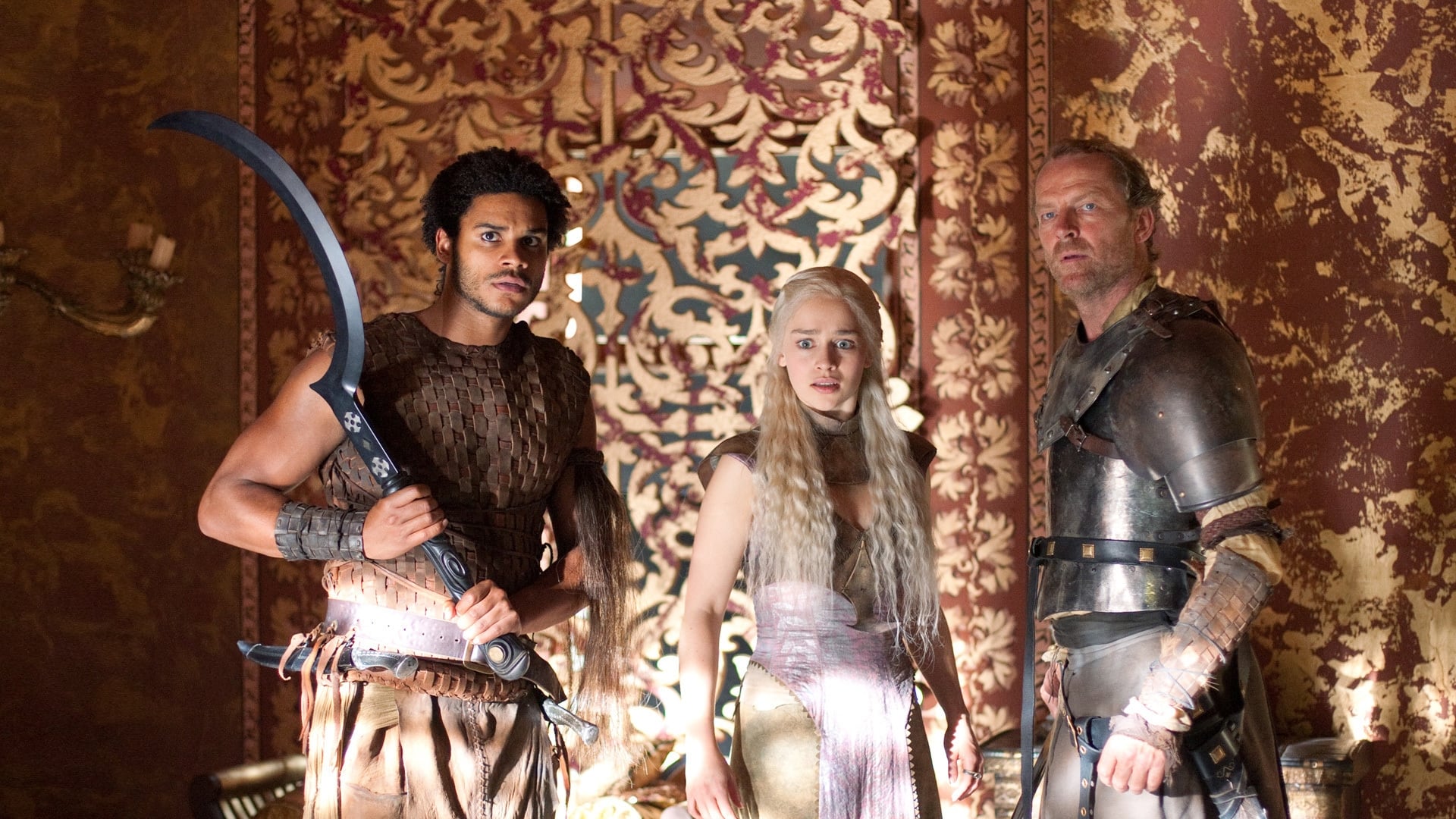 
Plot : A Man Without Honor

Theon and his men pursue Brandon and Rickon. Tywin has Harrenhal searched for his officer’s killer. Jon recaptures Ygritte, but she escapes again, leading him into a trap. Still shaken from the riot, Sansa is horrified that she has begun menstruating and is now old enough to marry and bear Joffrey’s children. Cersei warns her to love no one but her children, not even Joffrey. In Robb’s camp, Jaime’s failed escape leaves a guard dead and some soldiers seeking retribution.

In Qarth, the warlock Pree says he stole Daenerys’ dragons; he offers her the opportunity to reunite with them, then slaughters the Council of Thirteen and establishes Daxos as king. In Winterfell, Theon presents the charred corpses of two farm boys to Maester Luwin, claiming they are Brandon and Rickon.