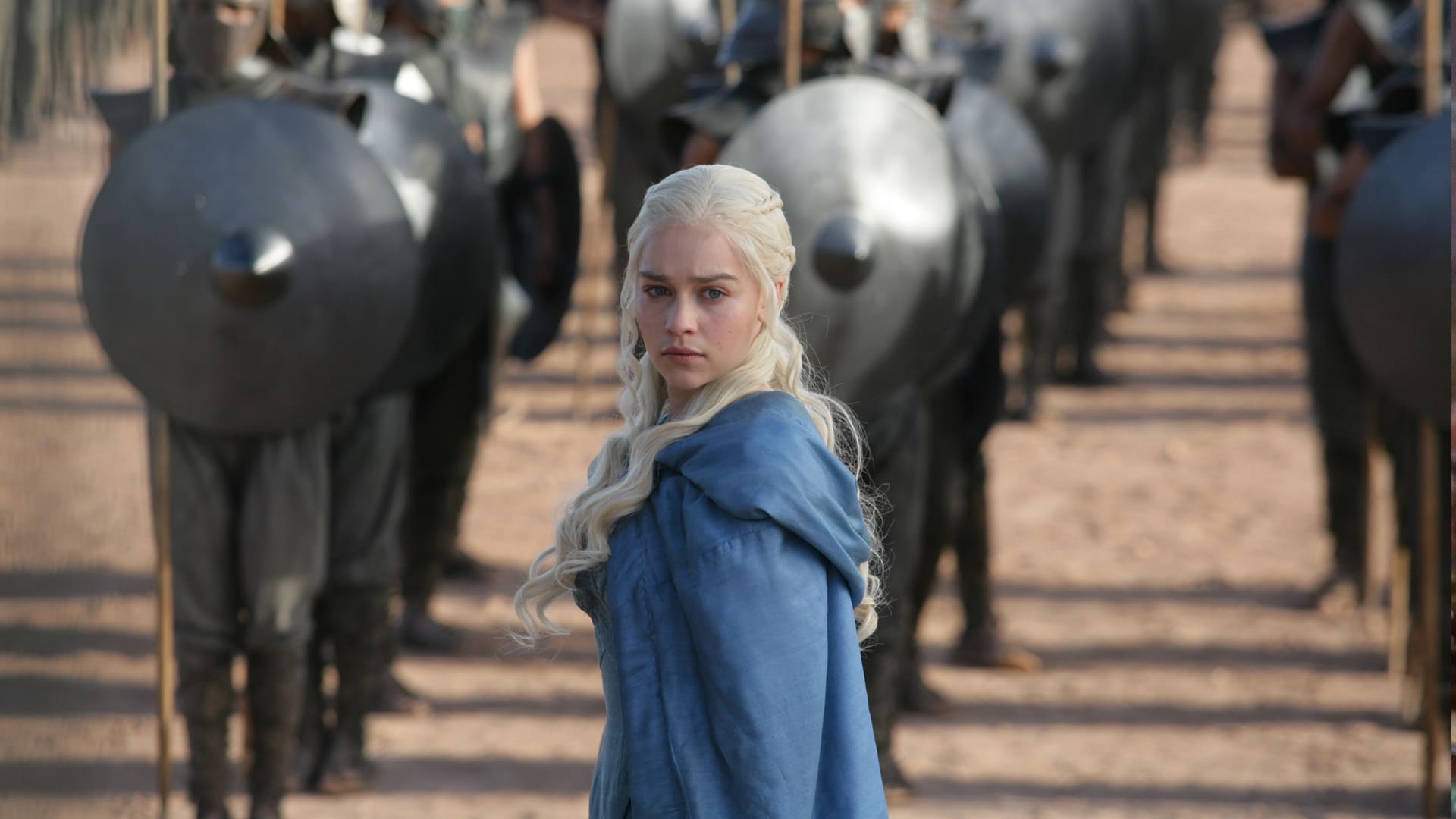 
Plot : And Now His Watch Is Ended

Theon’s “rescuer” betrays him, returning him to the prison for more torture. After a failed escape attempt, Jaime believes himself lost without his sword hand; Brienne urges him to remain hopeful. Varys tells Tyrion how he became a eunuch, then shows him the magician who castrated him, who is now his captive. He advises Tyrion be patient for vengeance. At Craster’s Keep, the surviving Night’s Watchmen, starving, come into conflict with their host.

Craster and Mormont are slain in the struggle, and Sam flees with Gilly and her new-born son. Arya and Gendry are taken to the Brotherhood’s secret cave, meeting their leader, Dondarrion, who later sentences Sandor Clegane to trial by combat with him. Margaery proposes that Sansa marry Loras, which Sansa finds agreeable, unaware he is gay. Daenerys meets with slaver Kraznys to trade one dragon for the Unsullied army.

Once the deal is struck, she commands the Unsullied to kill all the slave masters, and has her dragon burn Kraznys; she frees the Unsullied, who willingly follow her.