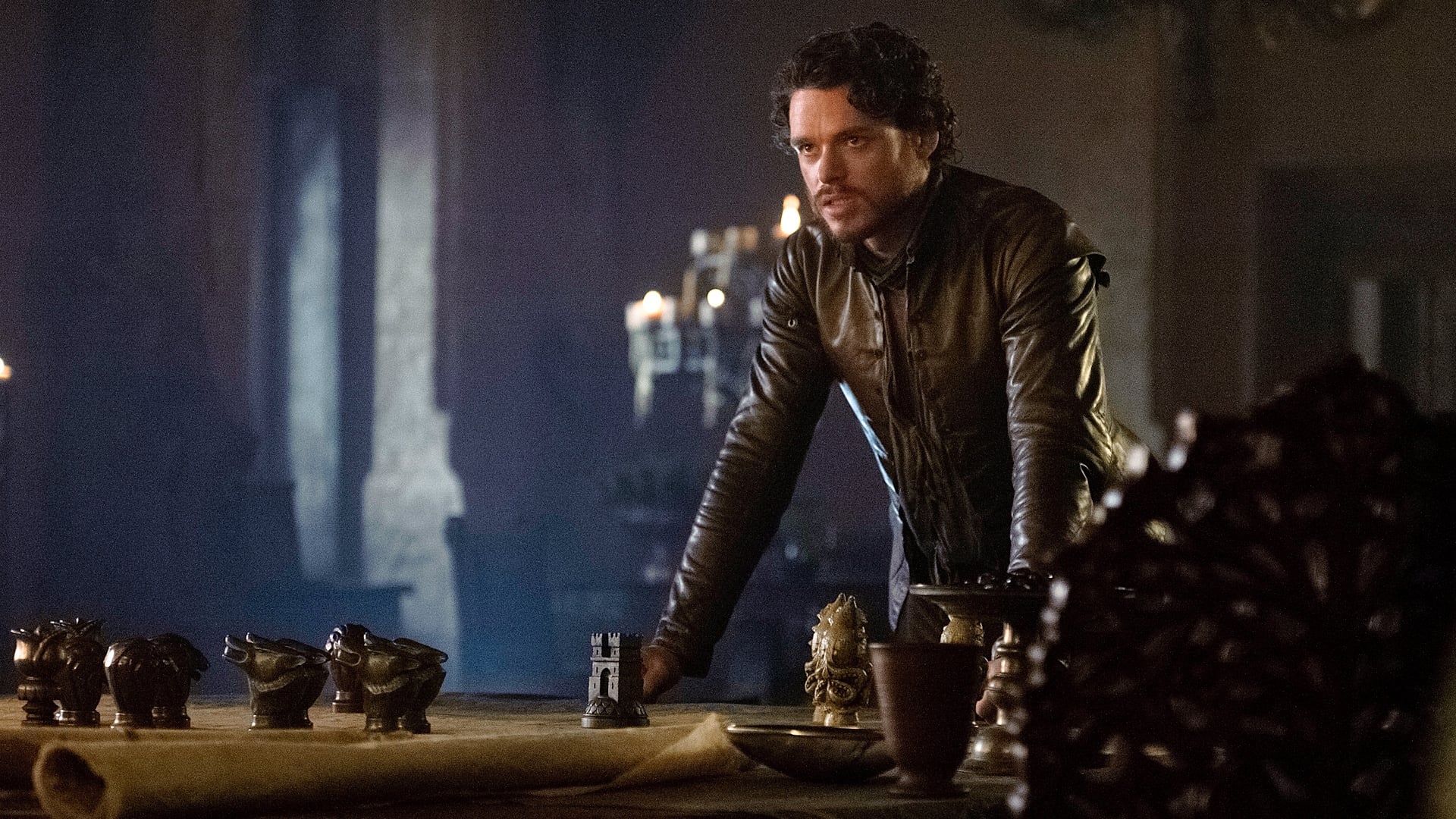 Tyrion, knowing the Crown is deeply in debt to the Iron Bank, persuades Olenna to pay for half of the royal wedding. Sansa tells Littlefinger she wants to remain in King’s Landing. Tywin discovers the Tyrells’ intend to marry Sansa to Loras. To circumvent this, he plots to marry Sansa to Tyrion, and Cersei to Loras over both Lannister’s objections. Stannis confesses his infidelity to his wife, Selyse, who says she knows and approves. Their daughter, Princess Shireen, sneaks into the dungeon to visit Davos and teaches him to read.

Sandor is released after killing Dondarrion in the trial by combat. Thoros resurrects Dondarrion, using the Lord of Light’s power. Gendry remains with the Brotherhood, who intend to ransom Arya to Robb. After being delivered to Roose Bolton, Jaime tells Brienne he killed “Mad” King Aerys Targaryen to prevent his destroying King’s Landing with wildfire. Robb executes Lord Karstark after the latter murders two captive Lannister boys. With the Karstarks abandoning him, Robb hopes to make a new alliance with Walder Frey. Ygritte seduces Jon, who breaks his Night’s Watch vows. Daenerys encourages the Unsullied to choose a leader among them; they choose Grey Worm.