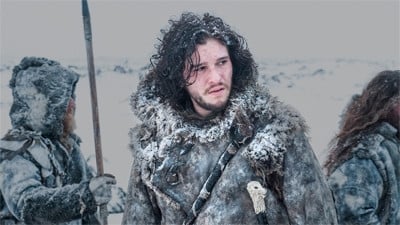 In King’s Landing, Tywin coerces Olenna into an agreement to marry Cersei to Loras. Cersei admits to Tyrion that Joffrey tried to have him killed during the siege. Tyrion informs Shae and Sansa about his and Sansa’s betrothal. Littlefinger tells Varys that he discovered Ros was Varys’ informant and that Joffrey killed her. In the Riverlands, Melisandre buys Gendry from the Brotherhood, and foretells Arya that she will kill many people with brown eyes, green eyes, and blue eyes; she promises they will meet again.

Having married Talisa, Robb strikes a new agreement with Walder Frey by giving him Harrenhal and having his uncle, Edmure Tully, marry a Frey daughter or granddaughter. Roose Bolton plans to send Jaime to King’s Landing, but refuses to allow Brienne to accompany him. At an unknown location, the mysterious man continues torturing Theon. In the North, tension arises between Osha and Meera. Beyond the Wall, Sam continues his flight with Gilly, while Jon and Ygritte scale the Wall with two other Wildlings. 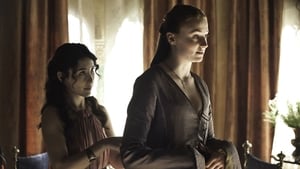