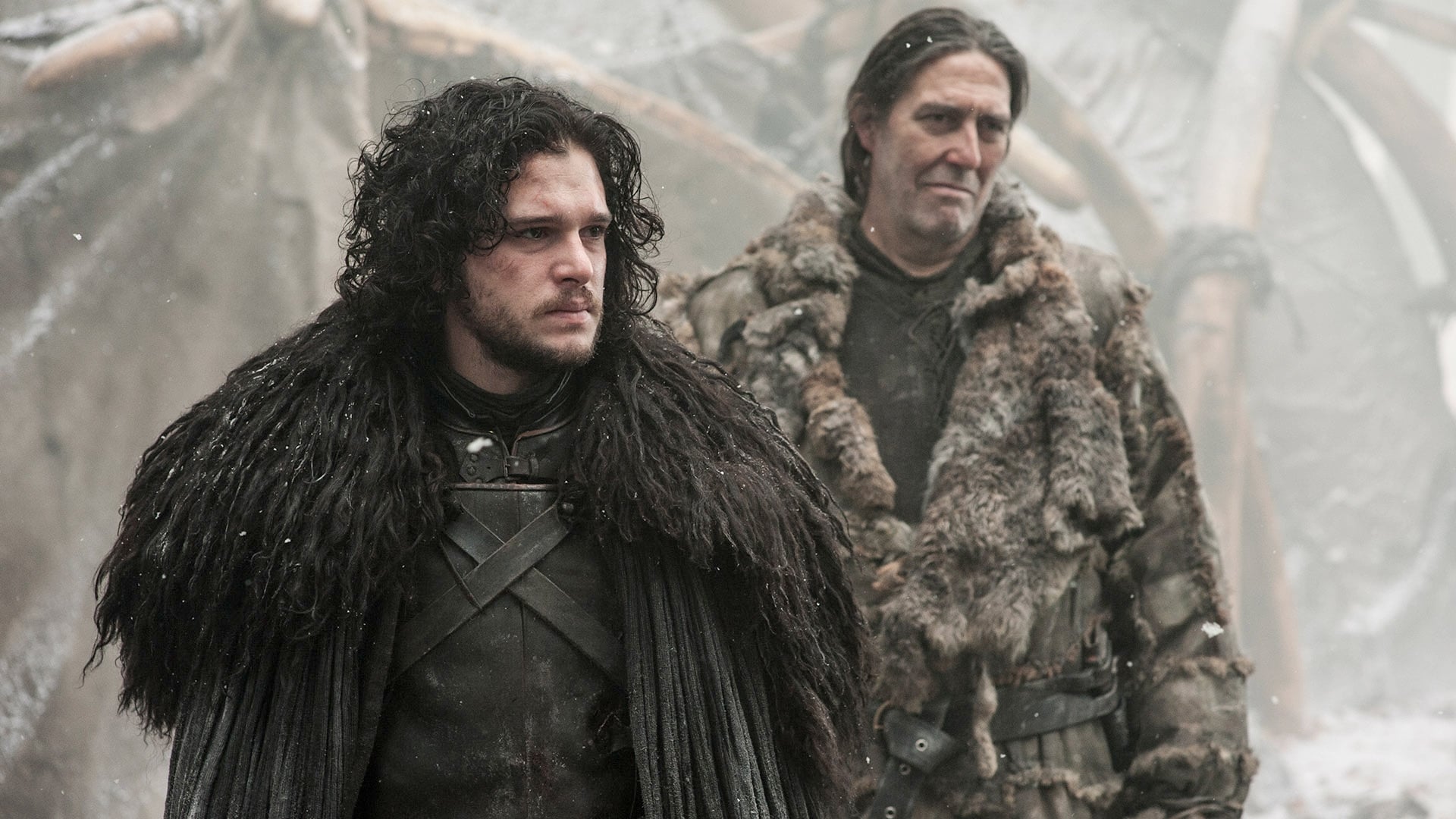 Jon’s meeting with Mance Rayder abruptly ends when Stannis and his army overrun the Wildling camp, taking Mance prisoner. Bran finds the weirwood tree from his visions but skeletal creatures attack the group, killing Jojen. A Child of the Forest saves the others and takes them to the Three-Eyed Raven, revealed to be an old man encased within tree roots inside a secure cave. In the Vale, Brienne and Podrick encounter Arya and the Hound, who attacks Brienne; she critically wounds him, while Arya runs off and evades Brienne.

The Hound begs Arya to kill him, but she takes his money and leaves him for dead. She boards a ship headed to Braavos to find H’ghar. In King’s Landing, Cersei orders Qyburn to save Ser Gregor, who was poisoned by Oberyn’s blade. Jaime releases Tyrion from prison, but before escaping the city, Tyrion finds Shae in Tywin’s bed and fatally strangles her. He confronts and kills Tywin in the privy, then is smuggled aboard a ship by Varys.

In Meereen, some ex-slaves miss their bonds, finding freedom a hardship. A citizen brings Daenerys his daughter’s charred remains, burned by dragon fire. Daenerys chains Rhaegal and Viserion in the catacombs, while Drogon remains at large. 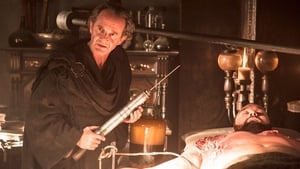