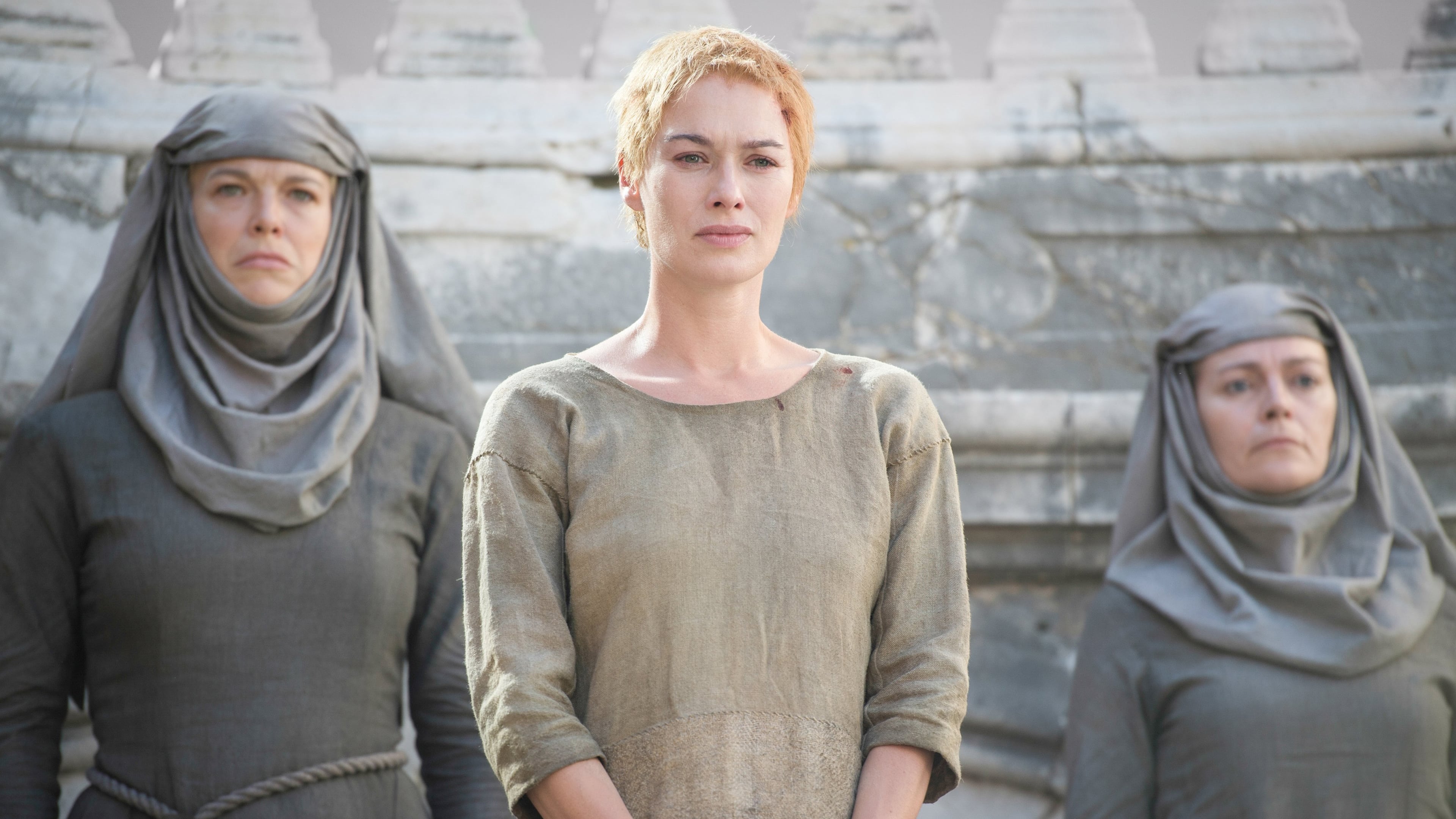 Selyse, now distraught over Shireen’s death, hangs herself, while half of Stannis’ forces desert and Melisandre flees to Castle Black. The Boltons easily defeat Stannis’ depleted army. Brienne finds Stannis on the battlefield and executes him for Renly Baratheon’s murder. Theon kills Myranda after she catches him and Sansa attempting to escape Winterfell. The duo leap from the outer wall together.

Cersei confesses her former relationship with Lancel and must atone by parading the streets naked, pelted with garbage, spit, and feces by jeering crowds. Upon reaching the Red Keep, Qyburn introduces her to the newest Kingsguard member who is completely loyal. Jaime, Myrcella, Bronn, and Trystane set sail from Dorne, but Myrcella has been poisoned by Ellaria Sand and soon dies. Arya is punished, losing her sight, for violating the Faceless Men rules after killing Trant for personal revenge.

Varys arrives in Meereen to govern the city with Tyrion, Grey Worm, and Missandei, while Daario and Jorah search for Daenerys, who has been captured by a Dothraki horde. Samwell, Gilly, and Little Sam leave Castle Black for Oldtown where Samwell will train as a Maester. Mutineers, including Alliser Thorne and Jon’s steward, Olly, fatally stab Jon, leaving his body in the courtyard. 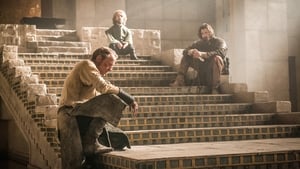