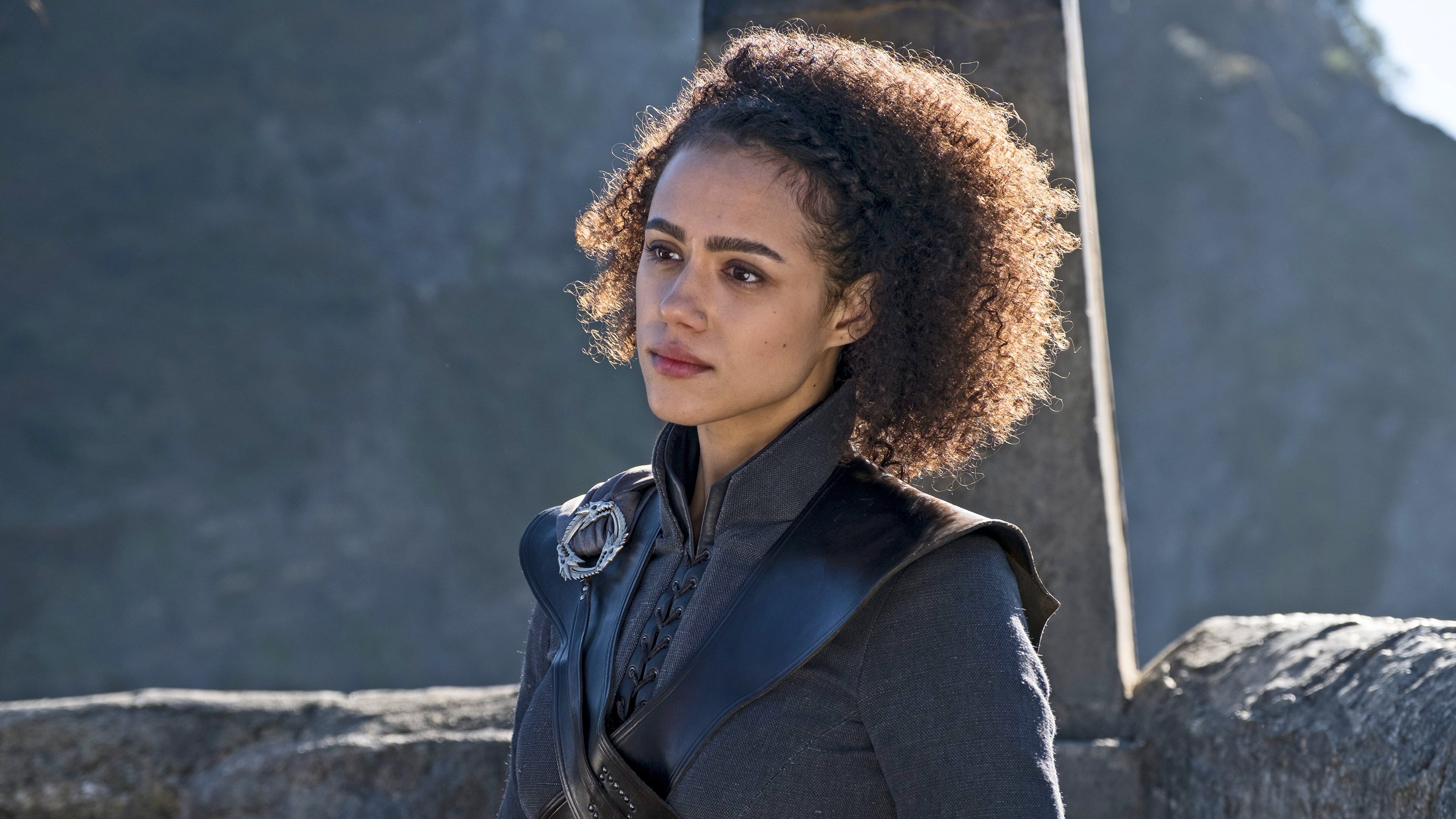 
Plot : The Spoils of War

Arya returns to Winterfell and is reunited with Sansa and Bran. Littlefinger presents Bran with the Valyrian steel dagger his would-be assassin used. Bran gives the dagger to Arya. Bran bids a homeward-bound Meera an unemotional farewell, explaining he is no longer Bran. Arya spars with Brienne, impressing her and amazing Sansa with her exceptional fighting skills.

Cersei assures the Iron Bank full repayment of the Lannister’s debt as a wagon train carrying gold from Highgarden travels to King’s Landing. In a cave filled with dragonglass, Jon reveals ancient wall paintings to Daenerys depicting the First Men and the Children of the Forest joining forces against the undead. Daenerys learns that the attack on Casterly Rock was a diversion and Lannister forces have captured Highgarden.

Ignoring Tyrion’s protests, Daenerys rides Drogon as the Dothraki cavalry launches a surprise attack on the Lannister army, decimating it and capturing its remaining forces. Drogon is slightly wounded when Bronn fires a bolt from Qyburn’s new scorpion ballista weapon, but he and Daenerys land safely. Jaime’s desperate charge on horseback at a vulnerable Daenerys is thwarted by Drogon spewing fire. Bronn tackles Jaime into a river, saving him.