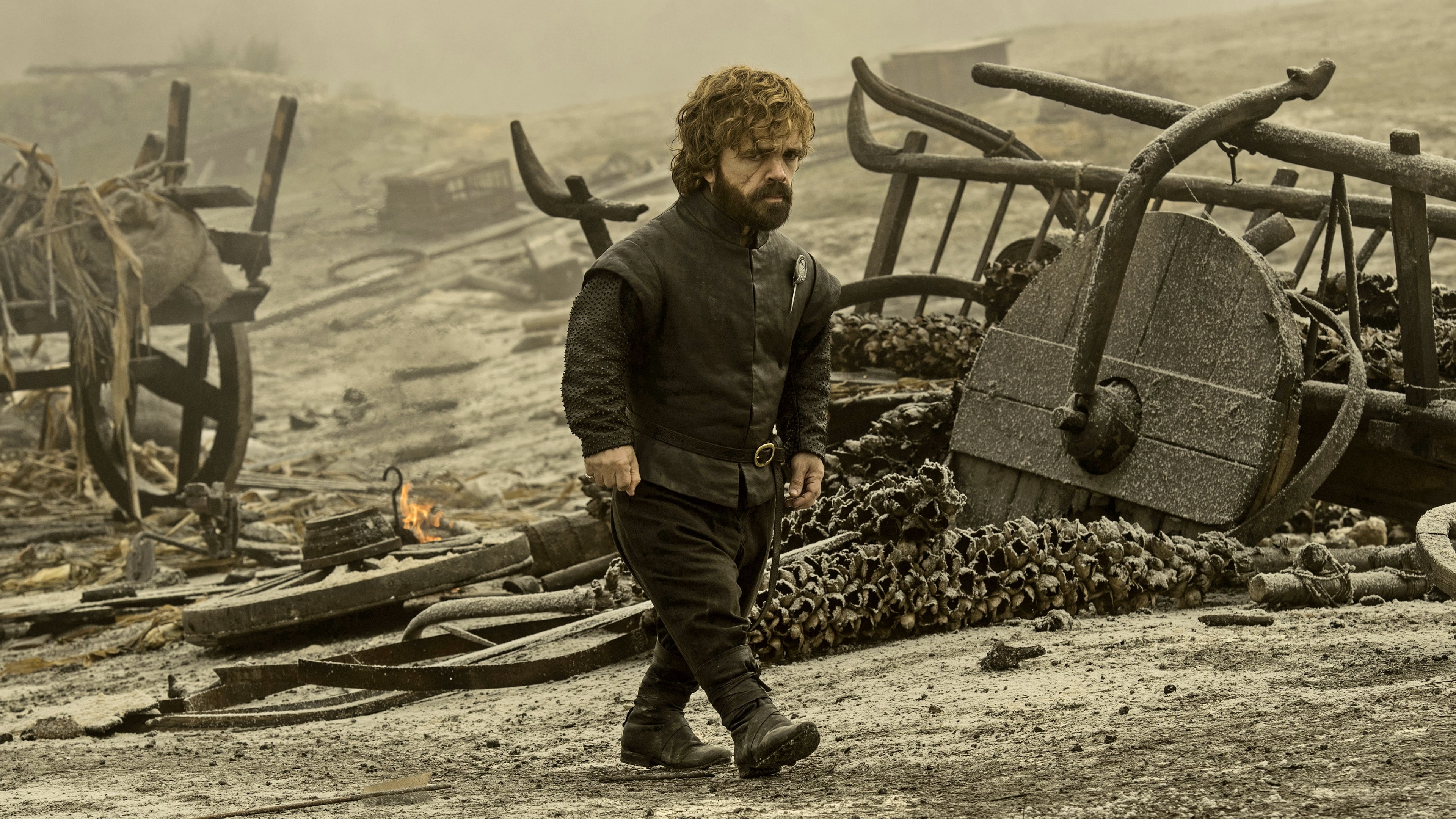 Jaime and Bronn return to King’s Landing. Daenerys offers the surviving Lannister soldiers the choice to bend the knee or death. Randyll Tarly and his son, Dickon, refuse her offer, and against Tyrion’s advice, Daenerys has Drogon burn them to death. Jorah is reunited with Daenerys at Dragonstone. Maester Wolkan alerts Jon and the Citadel about the wights approaching Eastwatch.

Jon proposes capturing a wight beyond the Wall to prove their existence and convince Cersei to accept a temporary alliance. Davos smuggles Tyrion inside King’s Landing to secretly meet with Jaime to propose an armistice. Cersei accepts, and she also informs Jaime she is pregnant with their child. While in King’s Landing, Davos finds Gendry and takes him back to Dragonstone. With the Citadel ignoring Maester Wolkan’s warning letter, Samwell, frustrated, leaves the Citadel with Gilly and Little Sam, taking several restricted books with him.

At Winterfell, Littlefinger, knowing Arya is spying on him, lures her into finding the letter that Sansa was forced to write as a hostage in King’s Landing. Jon, Jorah, and Gendry take Clegane, Thoros, Beric, Tormund and a group of the Free Folk from Eastwatch North beyond the Wall to capture a wight.