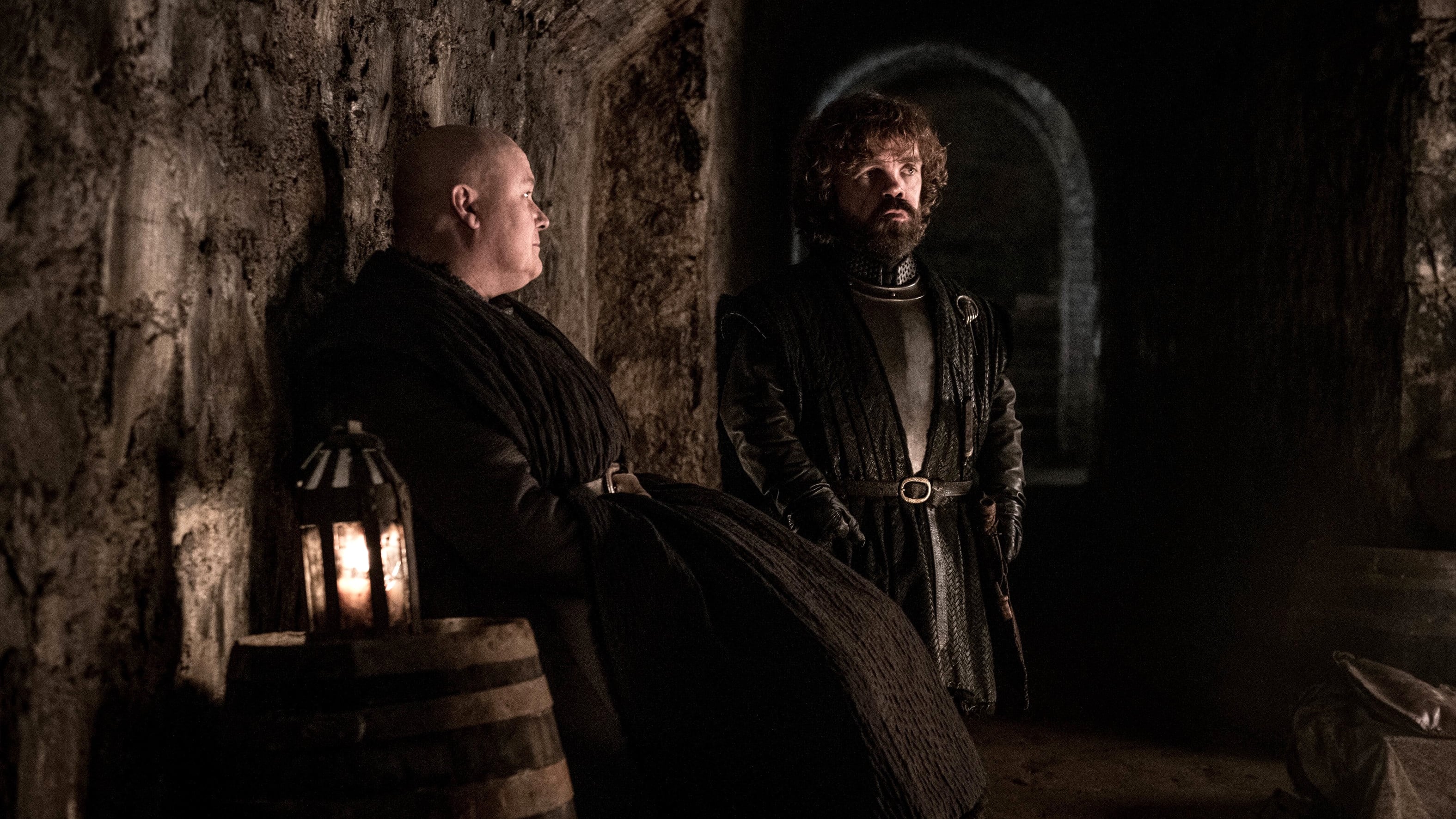 The living meet the Army of the Dead outside Winterfell. The initial Dothraki charge is destroyed and the Unsullied are quickly overwhelmed, despite the dragonfire. Edd is killed saving Sam and survivors retreat into the castle. Melisandre ignites the fire trench surrounding Winterfell to delay the advancing horde. Jon and Daenerys aerially engage the Night King on their dragons.

The wights invade Winterfell, overpowering the defenders; Lyanna Mormont is killed destroying a giant wight; Beric dies defending Arya and Melisandre tells Arya what she must do. Jon and Rhaegal knock the Night King off Viserion and Daenerys and Drogon burn him with dragonfire without any effect. The Night King raises the slain Winterfell defenders and also the dead entombed in the crypt, which attack the non-combatants sheltered there. Wights pull Daenerys from Drogon and Jorah is fatally wounded defending her.

The Night King kills Theon as he protects Bran in the Godswood. Arya ambushes and stabs the Night King with her Valyrian steel dagger just as he reaches Bran. The Night King and his White Walkers shatter, causing Viserion and all wights to collapse. Her purpose served, Melisandre allows herself to die of old age.