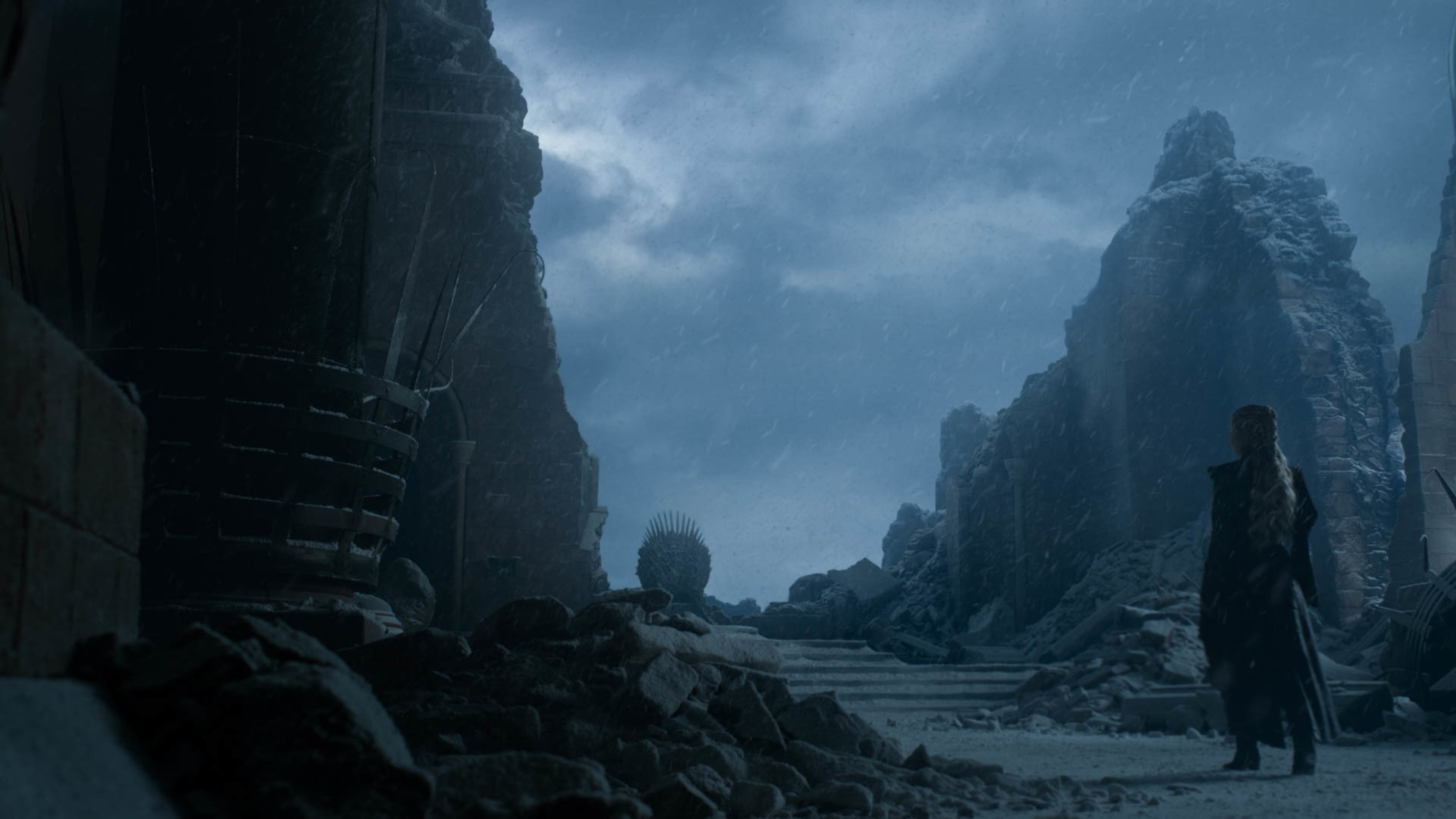 Jon is appalled when the Unsullied execute captured soldiers upon Daenerys’ orders. Tyrion finds Jaime and Cersei dead in the ruins. Daenerys rallies the Unsullied and Dothraki, proclaiming she will lead them to “liberate” the entire world. Tyrion resigns as Hand of the Queen and is imprisoned for treason. Arya and Tyrion separately warn Jon that Daenerys is a threat to him, House Stark and the people.

Jon confronts Daenerys. Unable to halt her destructive path, an agonized Jon kills her. Drogon, enraged, melts the Iron Throne, then carries away Daenerys’ body. Later, Tyrion proposes that all future monarchs be chosen by Westerosi leaders, rather than familial succession. Bran Stark is proclaimed King Bran the Broken. He grants the North independence as a kingdom and appoints Tyrion his Hand.

Jon is sentenced to the Night’s Watch to appease the Unsullied, who set sail for Naath, Missandei’s homeland. Tyrion reorganizes the Small Council – Brienne, Bronn, Davos and Sam – to rebuild King’s Landing. Podrick is knighted. Sansa is crowned Queen in the North. Arya sets sail to explore unknown lands west of Westeros. Jon rejoins Tormund and Ghost at Castle Black, leading the Wildlings north of the Wall. 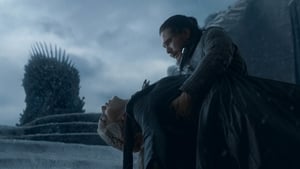