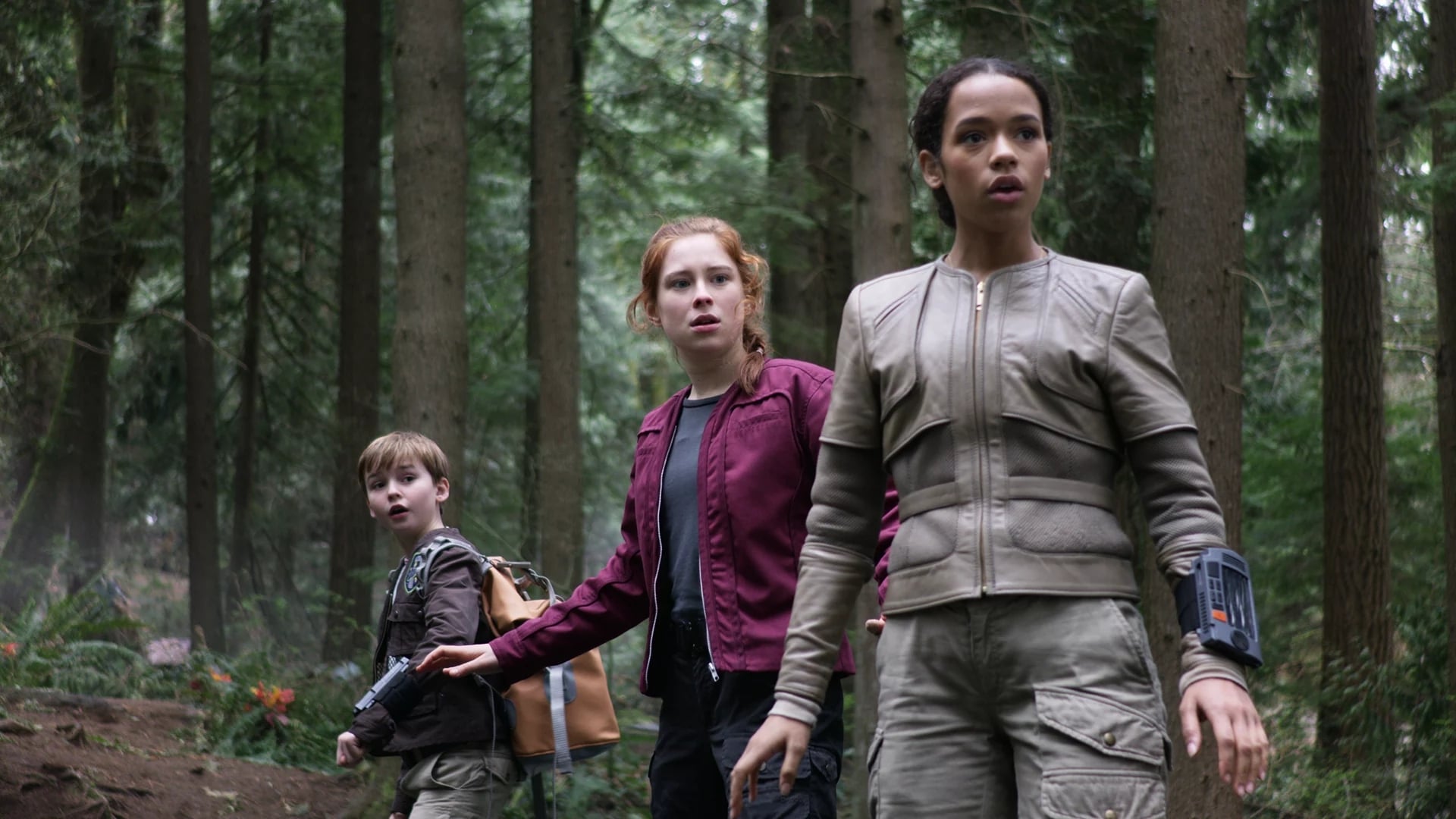 
Plot : The Robinsons Were Here

As John hammers a post into the ground, Will and The Robot approach. Will asks if he wants some help and when says that he’s good, Will says that he really should let The Robot help. So, John agrees and The Robot finishes the job. Will asks what it’s all for and John replies that it’s a perimeter fence. Will notes that this one is not meant to keep out people. John tells him that he and his Mom will be heading out to check if anyone else has had better luck contacting the Resolute.

He says the fence will keep Will safe, but Will says he already is with The Robot. John whispers that they don’t know what The Robot is. Will points out that they also don’t know anything about “Dr. Smith,” but John isn’t worried about her. John says it’s different because she can’t hammer metal stakes into the ground like toothpicks. He says they’ll talk about it later, suggesting Will and his sisters start the Jupiter expansion protocols, as they might be there for a while.

A female voice narrating a video states “Welcome to Alpha Centauri. Welcome to your new life.” She goes on, narrating the video. Penny, watching, comments on how the abs of everyone in the video are so well-defined. The video paints an idyllic picture of the future on the new planet, and the woman states “please begin expansion now.” Penny suggests they get it over with. She gripes about having to do boring chores while their parents are out meeting survivors. “Oh, Judy, you should go too just in case someone needs you to do something heroic,” she snips. She and Will nevertheless continue with the tasks.

The computer states that there is an expansion failure. As it turns out, there is a large rock blocking the ship’s expansion. Will pushes it away with the aid of The Robot and the ship expands. Will cheers and “Dr. Smith” says that it was really something. She says that The Robot never leaves Will’s side and is very protective. She wishes she had a friend like that. She asks if Will has asked if there’s anymore like him, but Will replies that he doesn’t talk much. “Dr. Smith” comments that the lights in The Robot’s face and the way they change say a lot, but they don’t yet know how to hear him. She tells Will that it’s part of her job as a therapist to read people. She suggests she could study him, but Will says it’s okay. She replies that Will is protective of The Robot as well. She walks away and sighs.