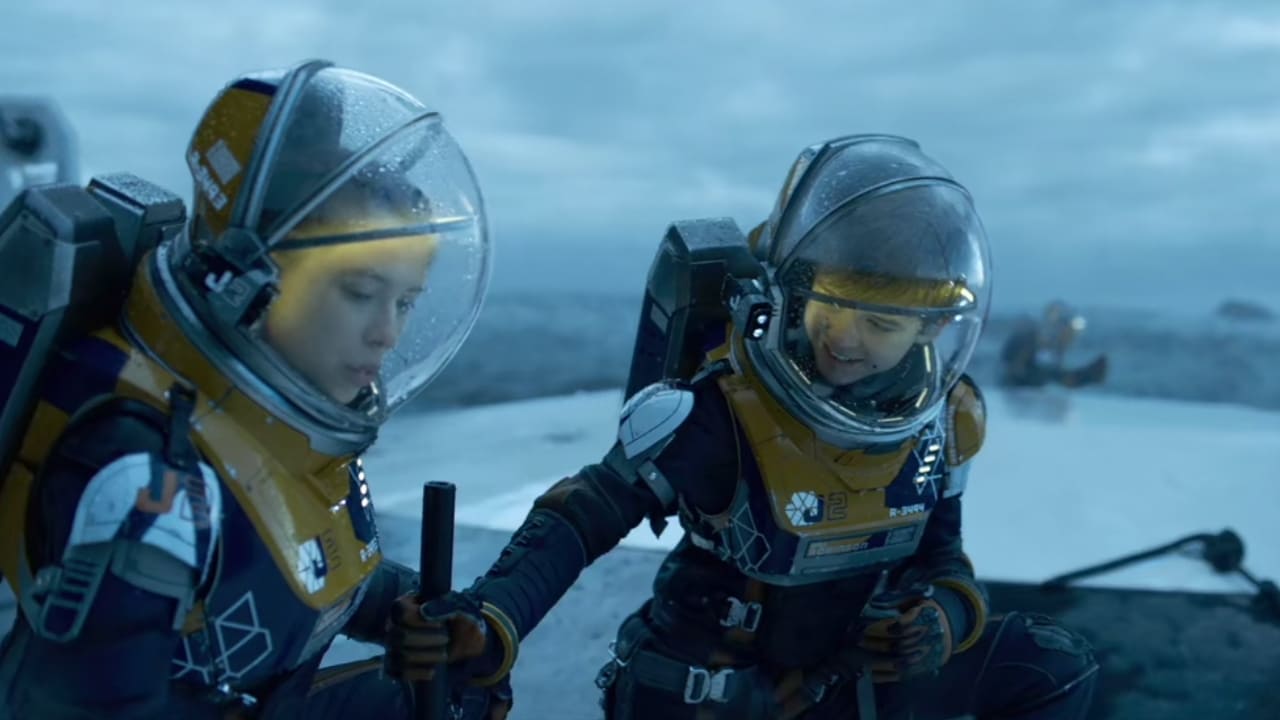 The crew of the Resolute watch as the Jupiter 2 is sucked into a vortex. They declare that they have lost contact with the Robinsons, but track an unknown object, which turns out to be the Robot and the Second Alien Robot tumbling through space, fighting each other. The two crash into the Resolute.

It is now seven months later. Will Robinson awakes with a start. He gets out of bed and considers a shelf on which he has a toy version of the Robot. He takes a lantern and heads through a corridor of the Jupiter 2 with his father, John, into a greenhouse area. He comments that the new potassium ratio seems to be working out and John agrees that it is. He and John don their helmets and head outside. They are surrounded by water.

John asks Will if he thinks what they’re doing will work and he says it’s worth a try. Back inside the Jupiter 2, Maureen writes something down. She stares at some wires snaked into the Jupiter systems and says “Wake up.” Penny shouts for her. Upstairs, Will and John reveal their “top secret project.” They’ve created Christmas decorations using glowing moss from the shore. The glow reminds Penny and Judy of the glow on the Robot’s face.

Don West joins them and they hand out presents. Don gives John and Maureen a bottle of whiskey. Will opens his present. It turns out to be a key. John tells him that it’s time that he learned how to drive and he couldn’t exactly wrap the Chariot. Penny points out that he doesn’t exactly need the key to drive, or lessons, or permission.