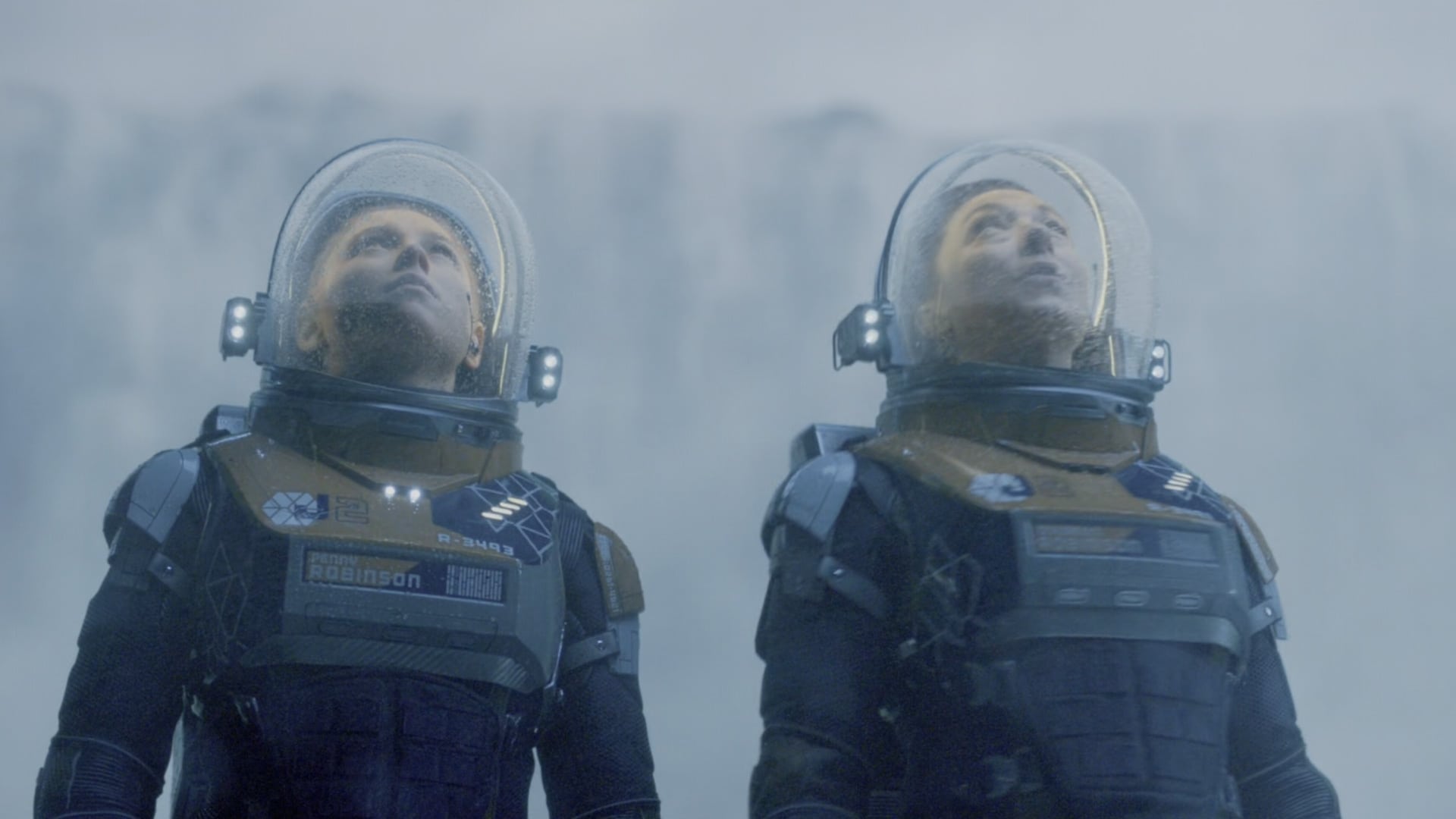 Maureen tells the group that nothing’s changed and that they stick to the plan. Penny asks if getting stuck at the edge of a massive alien waterfall was part of the plan. Maureen says that the lightning storm should be starting in about 97 minutes and they need to be ready to spark the engine when that happens. She asks if everyone remembers their assignments and they start calling off, except for Don, who simply says “present.” She asks if he knows what he’s doing and he says that he does, it just sounds cooler when she says it.

She tells Penny to make sure Don has everything he needs for launch. Will asks if they’re not going to talk about the giant metal trench in the middle of the planet. Somebody built it, and he’s wondering if she wants to know who. She agrees that she does, but they need to focus on the fact that 16 billion joules of energy are about to strike where they’re standing. She says that as long as they stay inside the Jupiter, they’ll be fine, that the ship will act as a Faraday cage, sending the energy around them. She promises Will that they’ll look into what’s down there once they’re airborne.

“Dr. Smith” comes up by her, saying that she didn’t get a job. Maureen tells her that her job is to do nothing, and touch nothing. They’ll call her if they ever need to sail again. She claps her hands, saying to get to it, and Smith comments that she never likes it when somebody else saves the day. Judy tightens a bolt on the outside of the Jupiter 2. She tells Maureen that she was talking to Will the day before and he told her that Ben Franklin wasn’t the only one to try the kite experiment. A man named Georg Recihmann tried it a couple weeks later. John comments that history books never talk about the second guy. Judy says that it’s because lightning jumped to his forehead, killing him instantly. John comments that Will needs to learn to keep some things to himself.