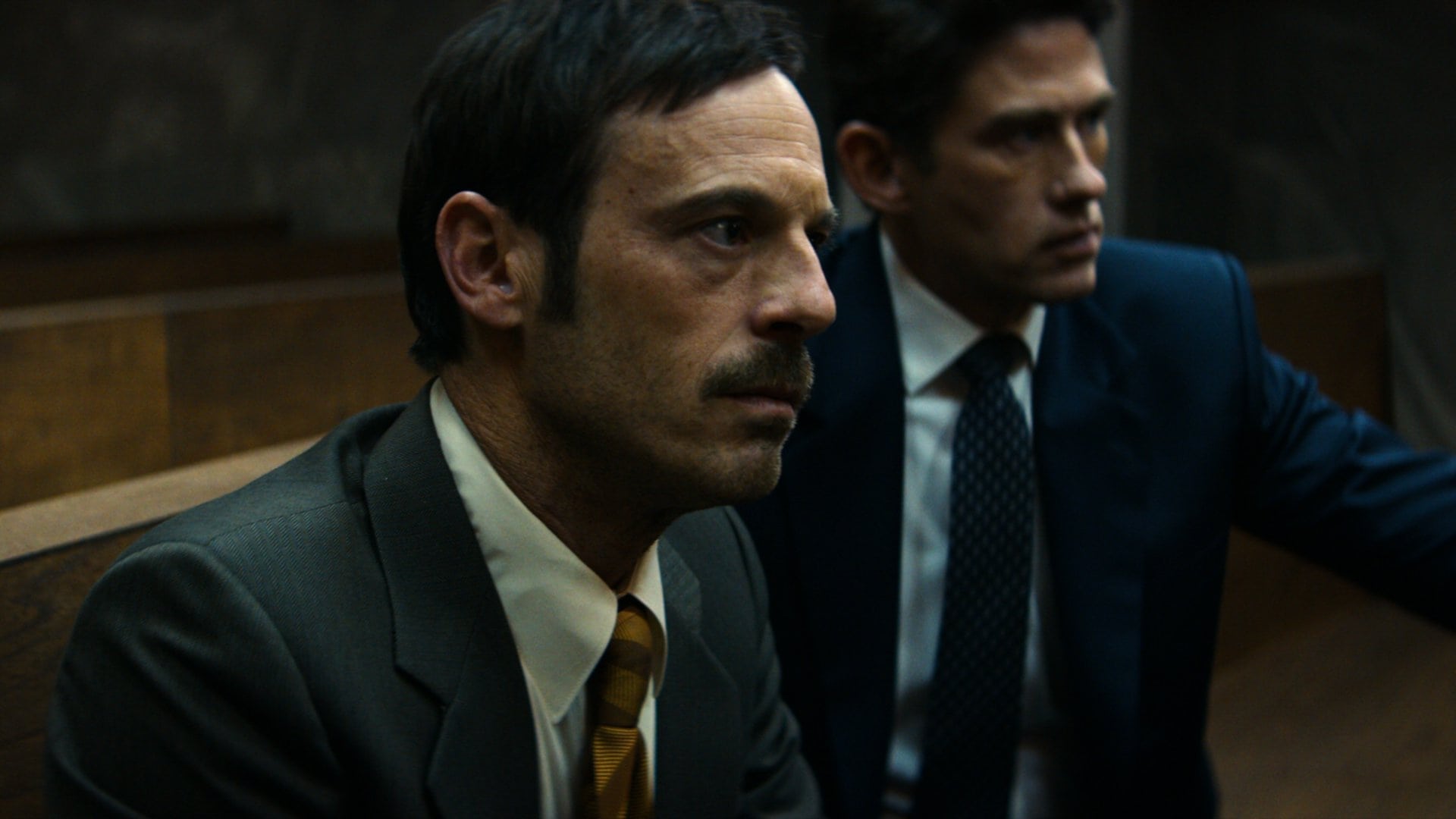 Zuno testifies in front of a grand jury. Isabella tries to broker a deal with Enedina. Félix makes a daring offer to a U.S. contact.

Zuno gives the DEA the names of his uncle and Félix as those that knew about Camarena’s kidnap and execution, but then denies his statements in front of the Grand Jury, effectively putting an end to Operation Leyenda as an official investigation into Camarena’s death.

Following a plane owned by CIA-backed arms smuggler Juan Matta-Ballesteros being shot down on its way to the Nicaraguan Contras, Félix meets with the CIA to offer his assistance. Matta is subsequently given up by the Mexican government as an act of compliance with the United States efforts to stop the drug trade following Zuno’s arrest, and Félix takes over Matta’s routes for the CIA.

Sinaloan El Chapo takes matters into his own hands and buys property outside Tijuana on both sides of the US–Mexico border with the intentions of building a tunnel. Isabella makes a deal with Enedina Arellano Félix of the Tijuana plaza to transport her cocaine behind Félix Gallardo’s back.