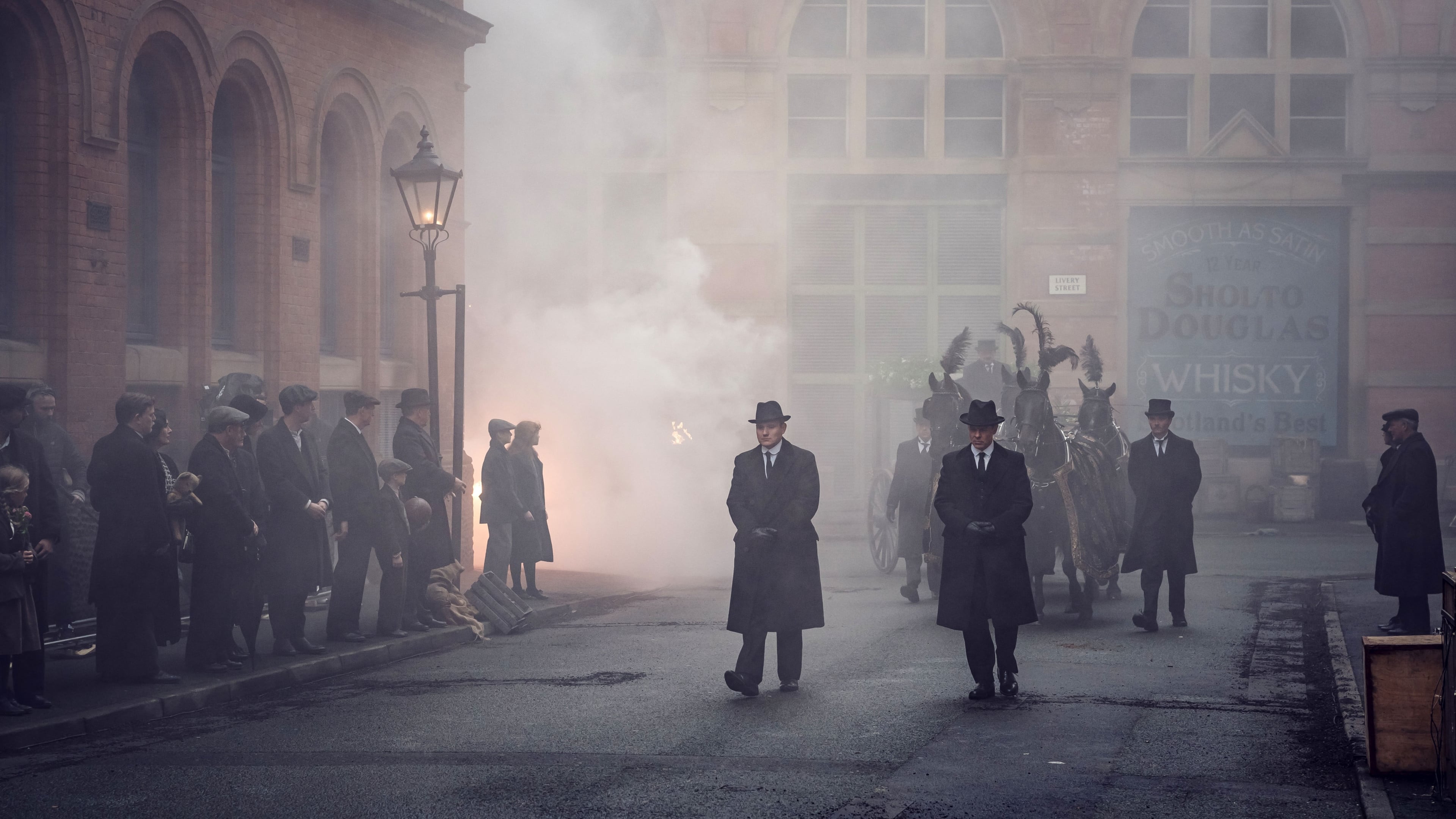 Tommy, Polly and Arthur tend to Linda’s gunshot wound, and as she recovers, she abandons Arthur. Mosley uses the stage at the end of the Swan Lake to make an impassionate speech concerning the advent of fascist movement in Great Britain, which all the Shelbys witness, in particular his anti-semitist sentiment. T

ommy attempts to deliver information and evidence to a hesitant Ben Younger, who informs him both the government, the Ministry of Defense and Section D are all in support of Mosley, as they believe him to be a bulwark against a possible communist insurgency. As he leaves with the evidence, Ben is killed by a bomb in his car which also kills a child playing football in the street. Tommy informs Ada of Ben’s death, who in turn reveals Ben wasn’t aware of Ada’s pregnancy with his child.

Arthur, Charlie, Curly, Aberama Gold and Isiah head to meet Chang and load the opium within their boat, but are attacked on arrival by unknown assailants who became aware of Chang’s deal with Tommy. Tommy meets with Barney, an old comrade from the Great War and helps him escape from the insane asylum he is locked in, in exchange for assassinating Mosley.