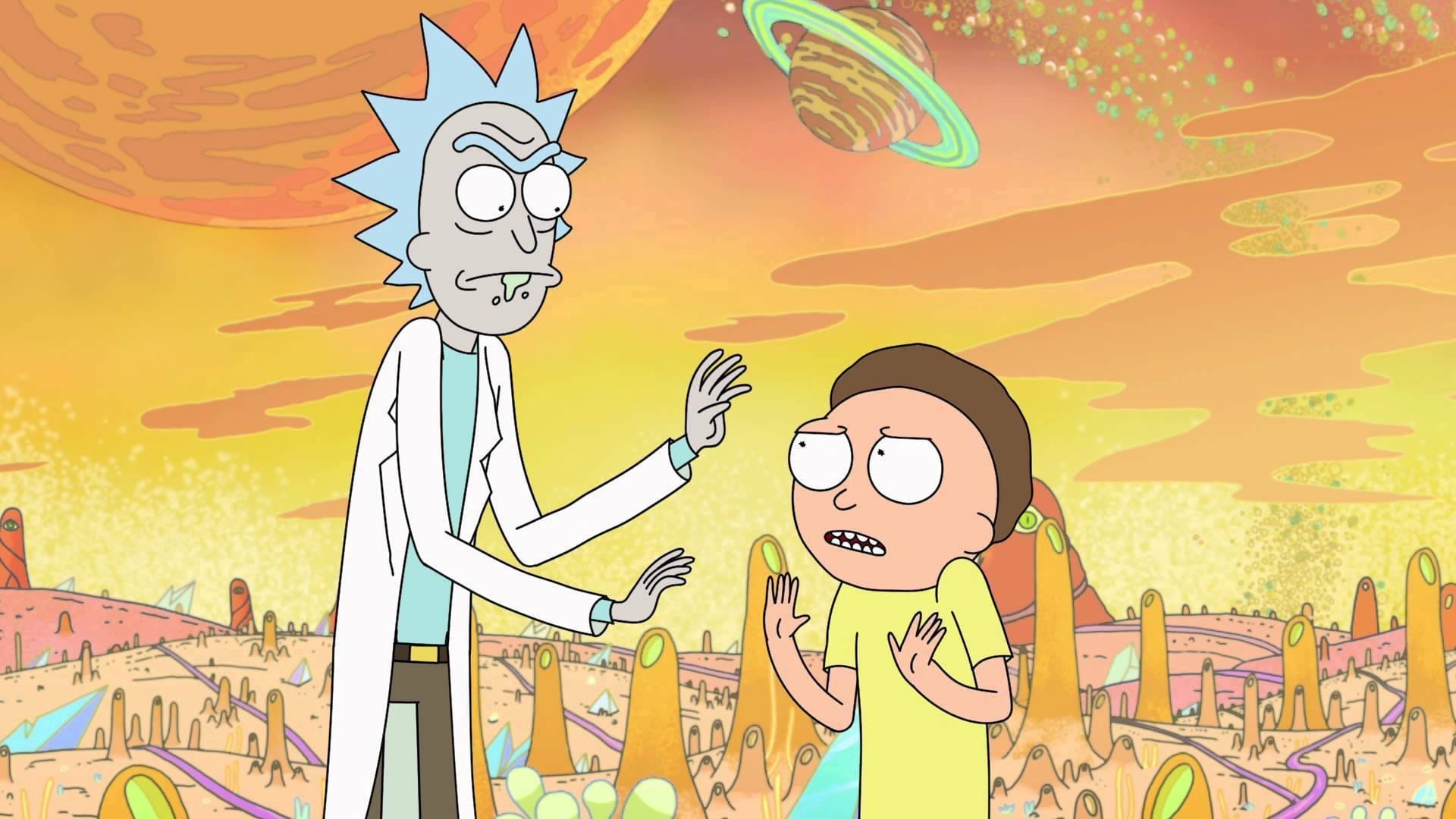 In the middle of the night, an obviously drunk Rick bursts into Morty’s room and tells him he has a “surprise” to show him. While driving his newly-built flying vehicle, Rick explains that he made a neutrino bomb: he has decided Earth needs a “fresh start,” and to that end, he wants to destroy humanity, planning to start over with Morty and Jessica as the new “Adam and Eve.” Morty tries to “take control of the situation” by taking the wheel of the vehicle. Rick eventually decides to land the vehicle, and when he does, he says it was all a test to get Morty to act more assertive. He passes out, and the bomb announces that it is armed and (presumably) activates.

The next morning, Morty falls asleep at breakfast. His mother Beth is concerned, and Morty’s older sister, Summer, explains that he was out with grandpa Rick. This causes an argument between Jerry and his father-in-law. Rick points out that he thinks school is an utter waste of time; before leaving the room, he compliments the breakfast which his daughter Beth made, causing her to cry tears of joy and stop being angry with her father, much to her husband Jerry’s annoyance.

At school later that day, Mr. Goldenfold administers a math test, and Morty falls asleep, sinking into a dream filled with numbers. The dream quickly, however, evolves into a sexual encounter with Jessica, in which she asks him to play with her exposed breasts. Mr. Goldenfold unwittingly finds himself on the receiving end of Morty’s subconscious fantasy. Later, Morty is accosted by a bully named Frank; appearing out of nowhere, Rick uses a freeze-ray to stop him and convinces Morty to skip History because he needs “an extra pair of hands” in another dimension. Rick and Morty then leave school, leaving Frank frozen and teetering in the hallway. Walking by (and not realizing that he is frozen), Summer tries to impress Frank, but the front of his foot cracks, and he topples, shattering into pieces on the floor as Summer screams.

On his lunch break, Jerry visits his wife Beth while she is performing heart surgery to invite her to lunch, but she declines. He then proposes that they should put Rick in a nursing home, eliciting an aggravated response from Beth who lashes out at a nurse.