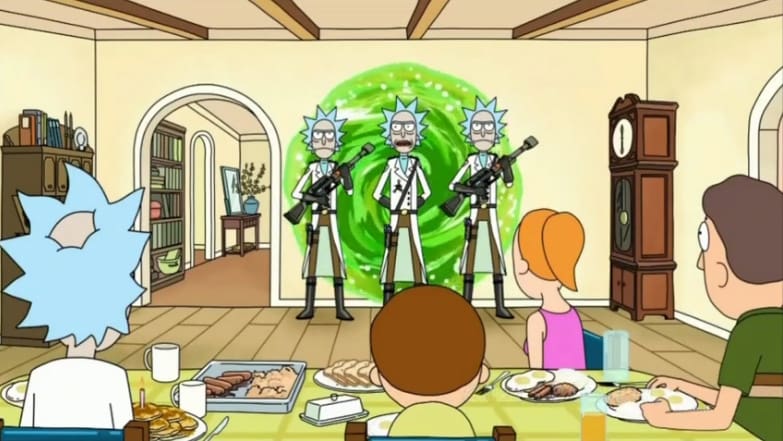 When 27 Ricks from alternate dimensions end up murdered and their respective Mortys are kidnapped, the Trans-Dimensional Council of Ricks orders the arrest of Rick C-137 (the show’s original Rick) and accuses him of the crimes due to his refusal to participate in their affairs. Angry that he was framed, Rick escapes the Council with Morty to go after the real culprit who set him up and finds that another Rick is supposedly responsible for murdering their counterparts while stealing their Mortys to conceal his presence.

Meanwhile, as Morty begins to believe that he’s nothing but a tool to protect Rick, Jerry begins to bond with Rick J19ζ7, the kindest Rick in all of the realities. After Morty leads a rebellion of alternate Mortys against the “evil” Rick, three Ricks from the Council of Ricks discover that the “evil” Rick was being mind-controlled. It is revealed to the audience that he was being controlled by “his” Morty.