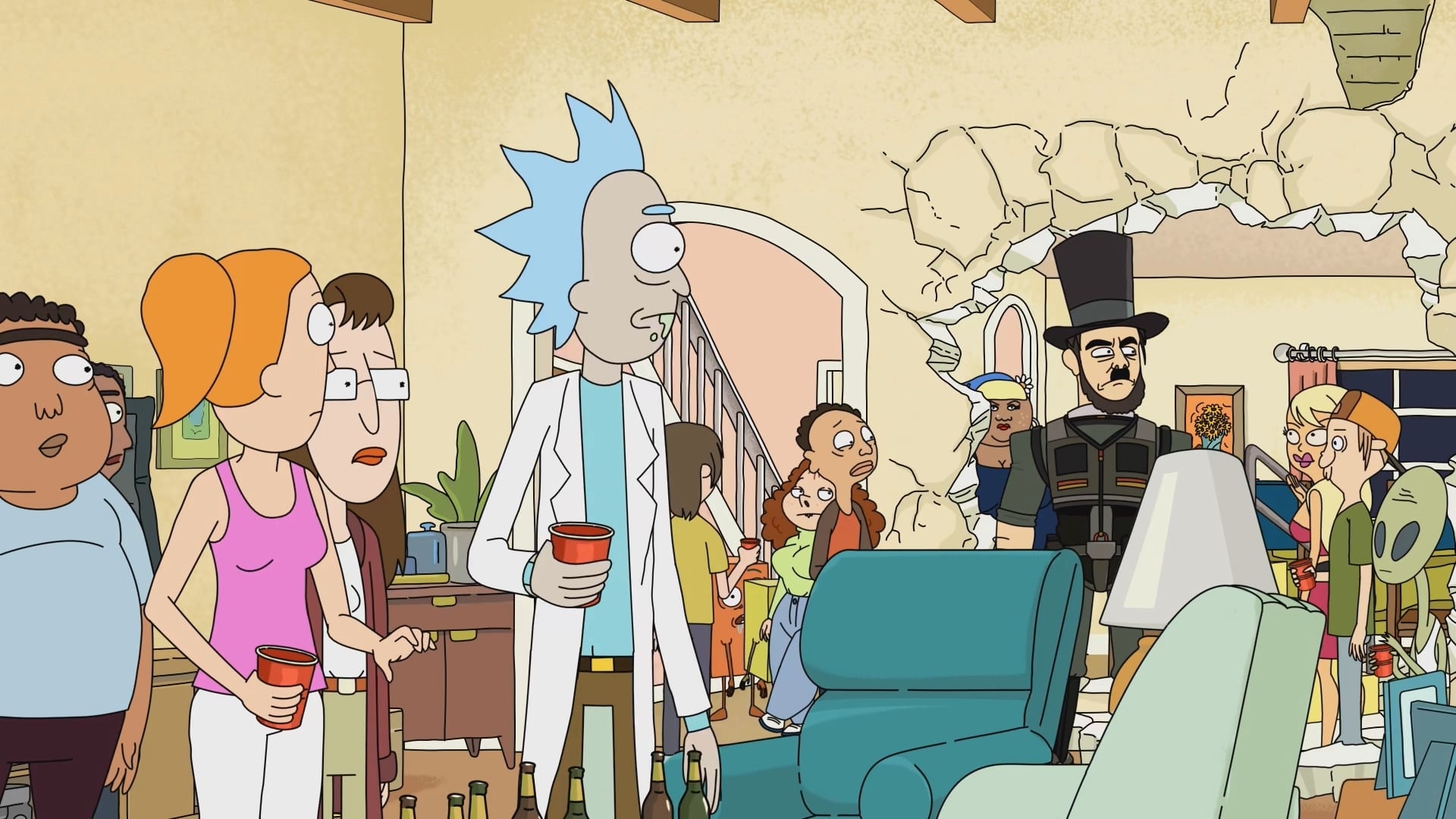 Beth and Jerry leave on a trip to experience the Titanic 2, a recreation of the Titanic experience. Jerry is immensely excited to reenact moments from the movie, while Beth is hesitant and overall uninterested. In Beth and Jerry’s absence, Beth orders Rick, Morty, and Summer not to trash the house while they are gone and she threatens to put an end to Rick and Morty’s adventures if they do. The trio agree as Beth and Jerry drive off. Summer ignores the warnings and attempts to throw a party to become popular. Rick declines due to his plans to throw a party of his own.

Beth and Jerry arrive at Titanic 2, which is a replica of the ill fated ship the RMS Titanic. Jerry sees the line to reenact the famous bow scene from the movie and tries to bring Beth along. Beth blows off his request, and shoves a nearby maid Lucy to join him instead. The two bond quickly over a mutual love for the Titanic. Meanwhile, the party at the Smith Residence begins. Some of the party-goers include Glip Glops, Brad, Bird Person, Gear Head, Squanchy and many more. The party begins to amp up and Morty confronts Rick about their decisions. Jessica appears, and Morty shifts his attention to talking to her. Jerry and Lucy continue to enjoy themselves on the ship, but the planned sinking of the ship goes wrong, and the ship doesn’t sink due to technical difficulties. Rick’s party is getting crazier,

Summer blows off a friend of hers named Nancy, which draws criticism from Rick. Abrodolph Lincoler then smashes through a wall. He gets into a brief altercation with Brad who promptly beats him up. Jessica is upset and runs outside, and Morty joins her to console her. While showing her various gadgets in the garage, he walks in on Squanchy masturbating (or “squanching,” as he calls it) in a closet, and in the process accidentally knocks over a contraption that teleports the entire house into a weird planet. After Rick takes a look outside, he lets the party-goers know that everything is fine.

Morty begins to freak out about the repercussions of his actions. Rick calms him down and tells him to collect some Collaxion Crystals, which would ostensibly be used to take them back home. Rick convinces Abrodolph Lincoler to join Morty, and Summer talks Nancy into joining them as well. The three set out to find the crystals. On the Titanic 2, Lucy finds Jerry and takes him to a storage room where she quickly strips naked and asks him to draw her. Meanwhile, Morty, Nancy, and Lincoler find the crystals but are attacked by a two-headed beast.

Lincoler fends off the beast whilst Morty and Nancy collect the crystals. He is mortally wounded whilst defending them. The remainder of the group return to the party and give the crystals to Rick who promptly crushes them up and snorts them. Rick’s eyes turn blue, as he gets high, and he starts a rave called the “Rick Dance” along with other party-goers.